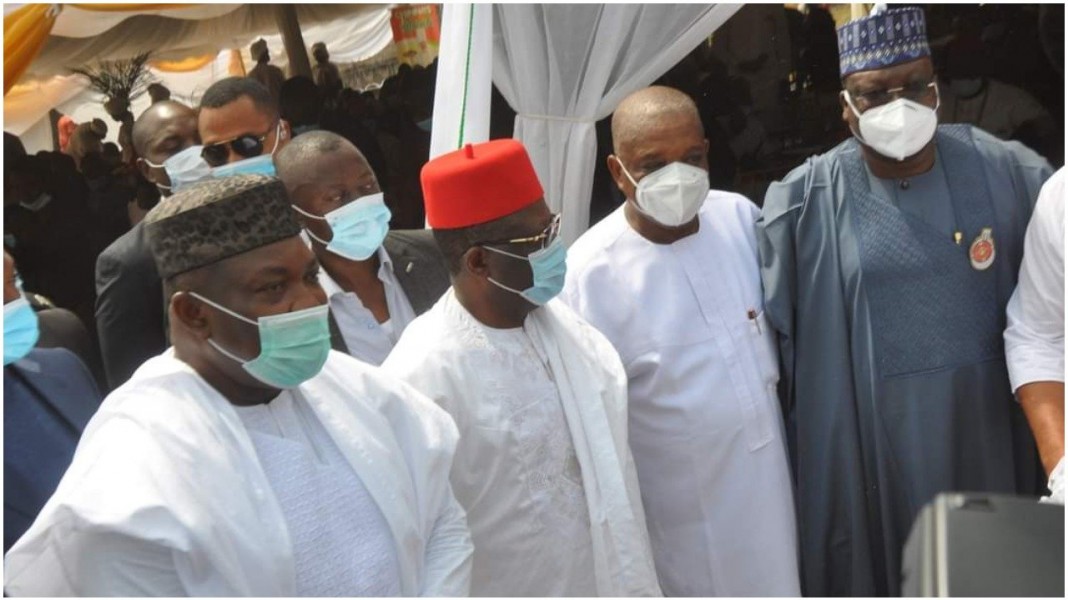 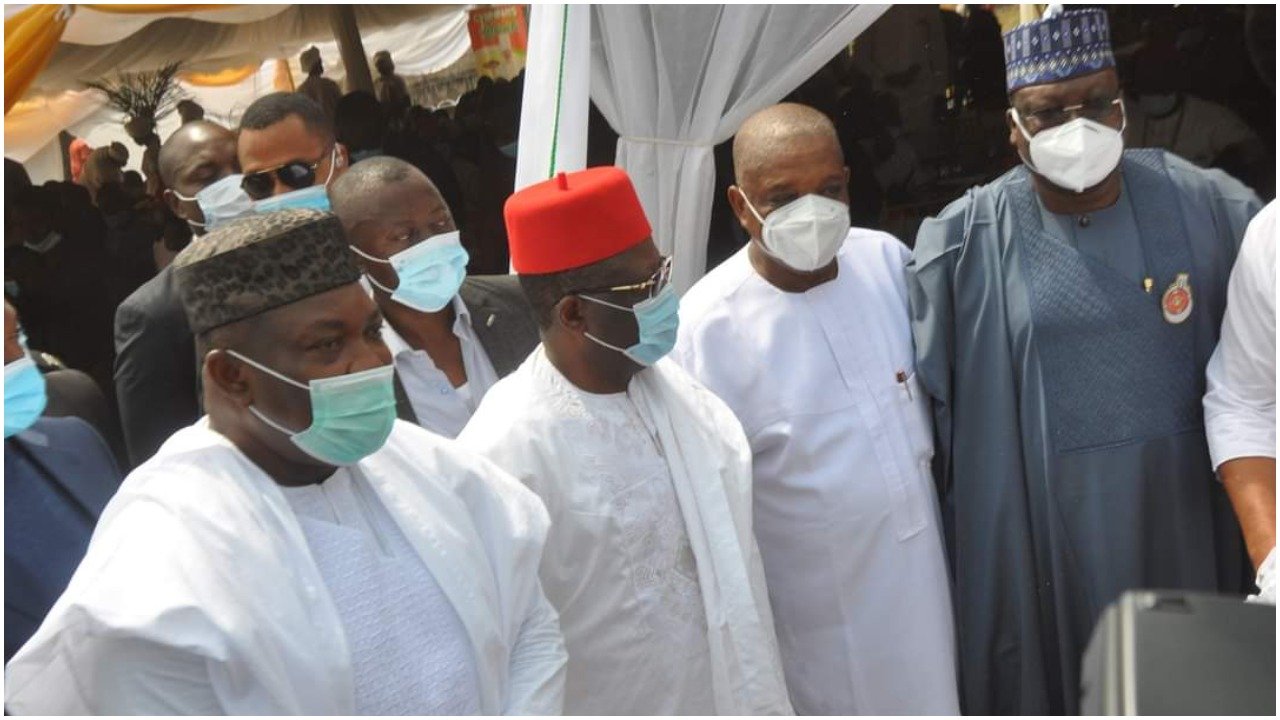 Speaking during the 10th anniversary of the death of Senator Dr. Orji Uzor Kalu’s father, Late Chief Johnson Uzor Nsiegbe Kalu, held at Igbere, Bende Local Government Area of Abia State, the Senate President expressed delight that Gov. Ugwuanyi was patriotic enough to attend the event in solidarity with the family of the Senate Chief Whip, Senator Kalu, despite their different political persuasions.

Lawan, who stressed national unity, said that “Nigeria needs all parts of the country to make things work.”

Pointing out that “this occasion that has brought all of us here; regardless of our political or religious persuasion” was a symbol that “there is unity among us,” the Senate President said: “The Governor of Enugu State, our brother, Ifeanyi Ugwuanyi, (Gburugburu) has been here since. This is in solidarity with this family, and this is what unity can achieve for us”.

The occasion, which was also attended by governors of Ebonyi and Imo states, Engr. David Umahi and Senator Hope Uzodinma, among other political bigwigs, climaxed with the Senate President’s conferment a High Chief title of Nwannedinamba 1(our number one Brother in Diaspora) and as member Ezumezu Circle of Igbere Ebiri by the Igbere Clan Council of Ndi Eze, Igbere.

Stressing further on national unity, the Senate President said: “Today and indeed even tomorrow and forever, we can achieve better. We can achieve more when we are united. Nigeria is designed by the Grace of God to be a nation of many different orientations, different sentiments. Still, we must be a people with a common purpose and common destiny, which we are trying to achieve.

“Let’s unite ourselves in this state and indeed in the Southeast. Let’s face the common agenda of being in the center of Nigeria. In fact, let’s even attempt to be Nigeria’s leaders because it’s a valid aspiration.

“Let’s not stay away from being part of the real center of action in Nigeria that we can achieve when we sit together and talk among ourselves. Time is of the essence.