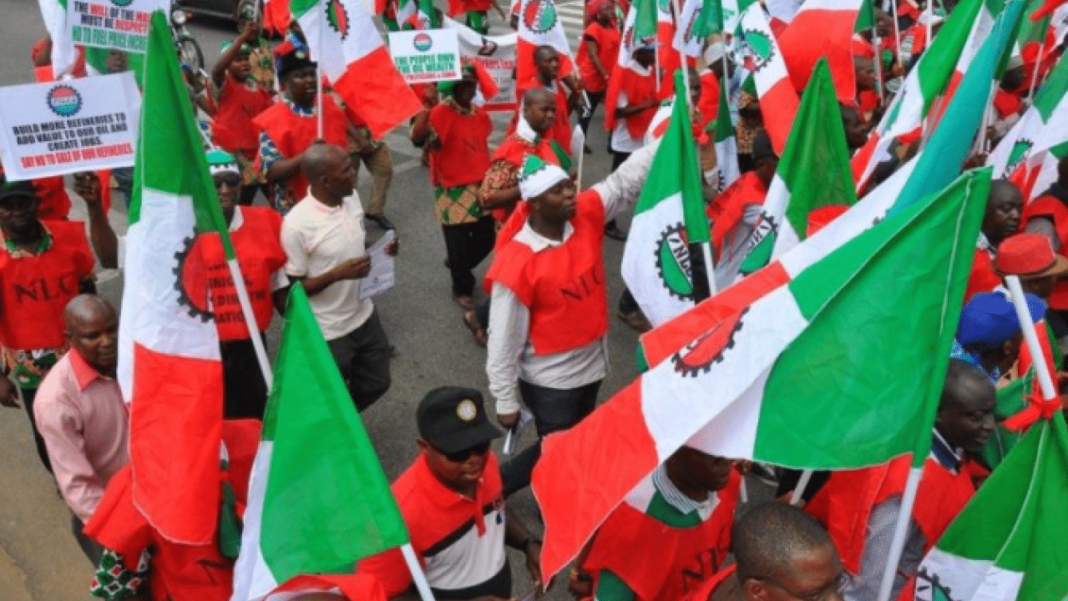 The Nigerian Labour Congress has given the Bauchi State Government 21 days ultimatum within which to resume negotiations and subsequently implement the new N30,000 national minimum wage in the State.

Addressing journalists on Friday at a Press Conference in Bauchi, the state Chairman of the NLC, Com. Danjuma Kirfi, said this was part of resolutions reached at the end of the joint state executive council meeting.

Danjuma said to him, after a far-reaching decision and deliberation on the non-conclusion of negotiations of the adjustment of the new national minimum wage in the state, the union resolved that if nothing is done after the ultimatum, they would embark an industrial action.

“Members view absence of commitment on the part of government representatives towards the resolutions and the subsequent implementation of the new national minimum wage in the state,” He stated.

“The Organized Labour calls on the government to restore negotiations without further delay. That failure to conclude negotiations within the shortest period of time, the leadership will not guarantee the industrial atmosphere in the state.

“That government is hereby given 21 days ultimatum within which to conclude negotiations and implementation of the new national minimum wage in the state.”

Kirfi futher explained that although the state government had started paying workers the minimum wage from grade levels 01 to 06 whose salary is not up to N30,000, “our bone of contention is the consequential adjustment, that is the increment of officers from grade levels 07 to 14. That is what remains undone and that is what we are agitating for.”

The union leader said that although there is a shortfall in government revenue from the federation account as it is in other states, and as Bauchi indigenes, they are very much compassionate about it, saying, however, that it cannot stop them as workers from pursuing their rights.

He called on the state government to be more proactive in sourcing for money to complement its revenue from the federation account so that workers can be paid their minimum wage.

He also called on workers in the state to remain calm, assuring that the NLC leadership was struggling for their rights and are working to resolve the matter once and for all.