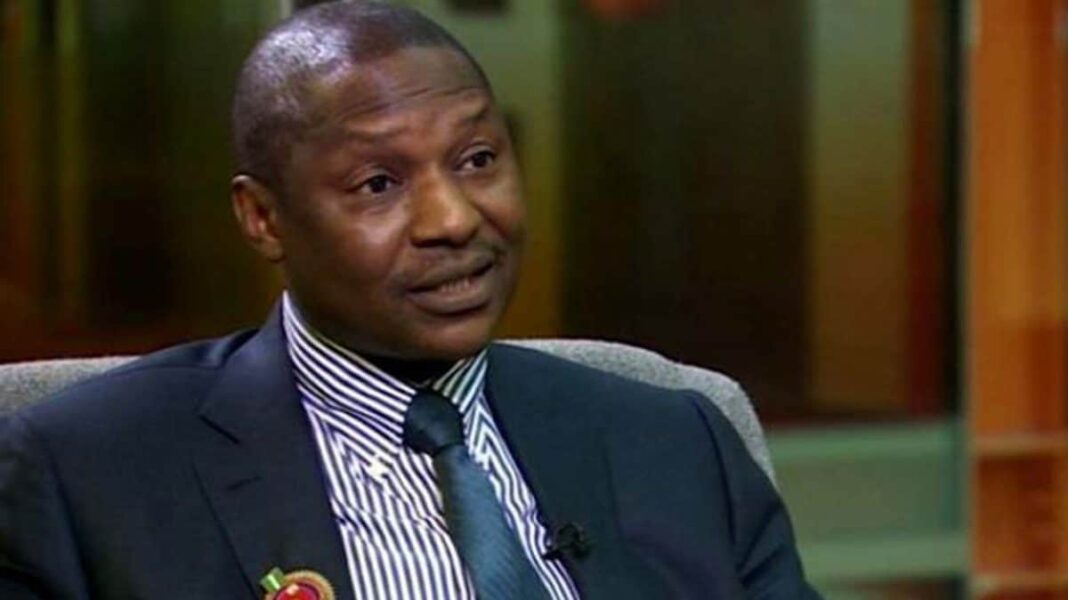 Nigeria news : Malami responds to critics attack over swearing-in of APC Chairman, The Attorney-General of the Federation and Minister of Justice, Abubakar Malami says there was no legal impediment on him in relation to the administration oaths.

This followed condemnations trailing the oath he administered on All Progressives Congress (APC) Caretaker Chairman and Yobe Governor, Mai Mala Buni at the Presidential Villa, Abuja

The AGF reminded his critics that he is a lawyer, a Senior Advocate of Nigeria (SAN), and a legal practitioner.

Malami’s reaction was contained in a statement on Saturday by Umar Gwandu, his spokesman.

The minister explained that his office exercises dual functions inclusive of that of Minister of Justice which is a political and advisory function.

“Administration of justice is one of such functions”, Malami stated.

He explained that a federation is an embodiment of the governance inclusive of the Executive, Legislature and Judiciary with a possible expansion to accommodate private, corporate and associated entities.

Malami said it would not be out of place for an AGF to administer an oath on any one inclusive of the leadership of any political party whether he belongs to it or not.

“Within the context of the other consideration, a lawyer, a judge and indeed a private legal practitioner and a commissioner for oath are

recognized statutorily as people vested with the power to administer an oath.”

He said the question that begs for an answer remains whether there exists any legal impediment on the AGF and Minister of Justice in relation to the administration of oath being a lawyer and a SAN.

Malami renewed his commitment to discharging constitutional responsibilities of upholding the democratic culture and compliance with the rule of law.