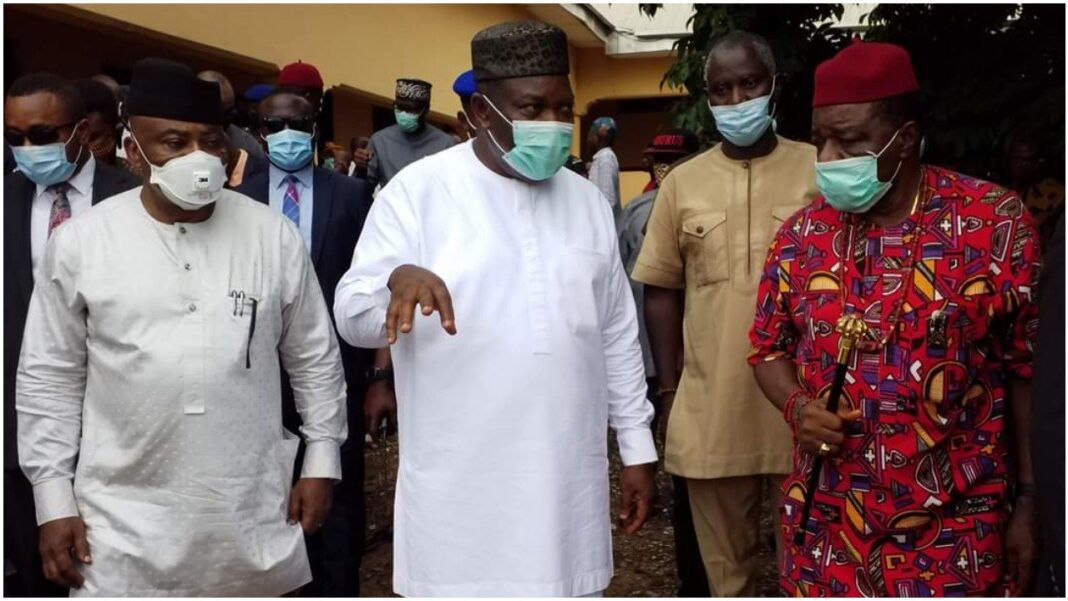 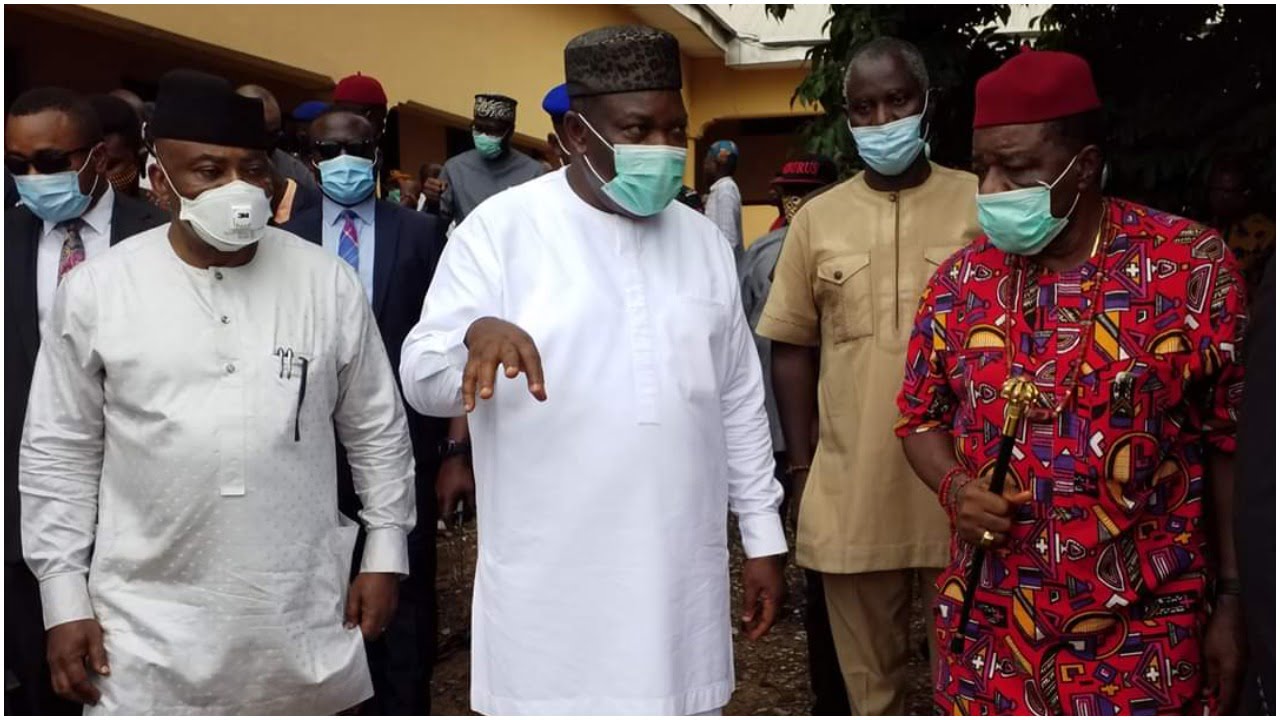 Governor Ifeanyi Ugwuanyi of Enugu State, in furtherance of his administration’s intervention on health facilities across the state, on Tuesday, visited the School of Basic Midwifery Awgu and General Hospital Awgu on inspection of facilities amid jubilation from residents of the area.

The School of Basic Midwifery Awgu, according to the Principal, Theresa Agbo and the Permanent Secretary, Ministry of Health, Dr. Ifeanyi Agujiobi, was established in 1951 by the then Missionary and was taken over by the Ministry of Health in 1977 during the old Anambra State.

The school, according to the duo, lost its accreditation after 2004 academic session and regained it, 14 years after, in 2018, following sundry interventions by Gov. Ugwuanyi’s administration, such as total overhaul of the facilities, provision of brand new coaster bus, basic ICT equipment and clinical demonstration materials.

They added that the governor has continually paid for the accommodation fees of the first and second set of students in the school (50 and 81 students respectively).

After inspecting the school and taking a brief from the school management and Ministry of Health, Gov. Ugwuanyi, who reiterated his administration’s commitment to further reposition the school, directed the State Ministry of Works and Infrastructure to immediately commence the process for the construction of a hostel for the school and rehabilitation of its facilities including landscaping.

The governor made funds available for clearing of the premises and promised to install solar-powered light in the school.

Gov. Ugwuanyi who was received by jubilant indigenes of Awgu LGA, including their notable sons and daughters such as the Deputy Minority Leader of the House of Representatives and member representing Aninri/Awgu/Oji River Federal Constituency, Rt. Hon. Toby Okechukwu, the Chief Whip of the State House of Assembly, Hon. Mrs. Jane Eneh, the member representing Awgu South Constituency, Hon. Johnson Chukwuobasi, the Awgu Council Chairman, Hon. Pedro Nwankwo (represented by his deputy, Barr. Lotachukwu Ogbonna), the State Chairman of Ohanaeze Ndigbo, Chief Alex Ogbonna, the LG Chairman of the Peoples Democratic Party (PDP), Hon. Oke Udeh, and the two members of the State Executive Council (EXCO), Hon. Obi Carl Karma and Hon. Ugonna Ibe, among others, also inspected the General Hospital Awgu and expressed dissatisfaction with the facilities at the hospital.

The governor, consequently, promised to carry out a major upgrade of facilities in the hospital to include the construction of new structures as well as the access road.

Earlier in his speech, the Deputy Minority Leader of the House of Representatives, Rt. Hon. Okechukwu, on behalf of the people of Awgu LGA, expressed profound gratitude to Gov. Ugwuanyi for his administration’s interventions in “restoring and bringing back this school, so dear to us, to its former glory”.

The parliamentarian who donated a transformer to the school in support of the state government’s efforts, pledged to provide the school’s library with functional books and reassured the governor of their firm support and solidarity.