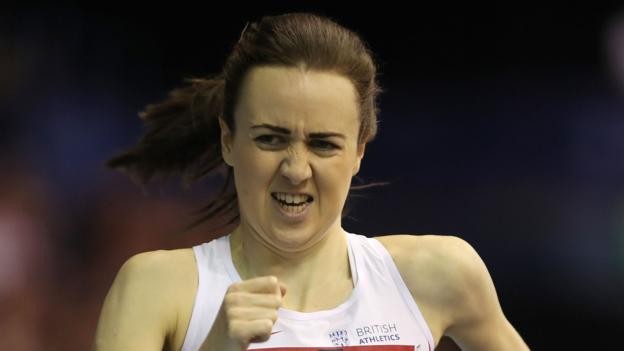 Laura Muir will attempt to win 1500m and 3,000m gold at the European Indoor Championships in Serbia in March.

She will be part of a Great Britain team that also includes defending 60m champion Richard Kilty.

Also competing are Andrew Pozzi, fastest in the world this year over 60m hurdles, and Katarina Johnson-Thompson.

Johnson-Thompson will be looking to claim Britain’s first European indoor medal for 33 years in the women’s long jump, but will face competition from world indoor medallist and British champion Lorraine Ugen as well as European medallist Jazmin Sawyers.

“With a home World Championships in London, 2017 is an even bigger year for us than 2016, so starting it off in a positive manner is essential and I am expecting to see a number of medal-winning performances in Belgrade.”