Miley Cyrus Is ‘So Happy’ With Liam Hemsworth: They ‘Want to Have a Family’ 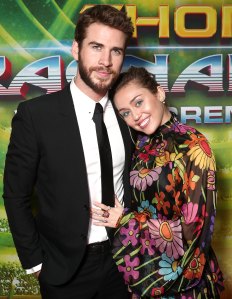 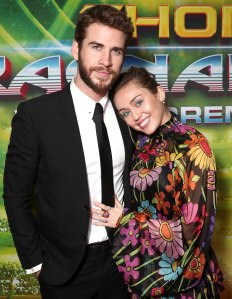 The “Nothing Breaks Like a Heart” songstress, 26, and the Australian hunk, 29, who secretly tied the knot in December 2018, “decided to get married after seeing how well they worked together after the fires in Malibu,” a source exclusively tells Us Weekly of the pair, who lost their home in the Woolsey blaze in November, one month before their wedding. “They didn’t want to rush, but after going through the trauma together, they became closer than ever.”

Cyrus was traveling in South Africa during the natural disaster, but Hemsworth took action and made sure their animals were evacuated safely. “Liam was an amazing hero,” she gushed to Jimmy Fallon in December. “He got out all the horses, the pigs, seven dogs, four cats. His truck was [filled]. It was really sexy to me.”

Miley Cyrus and Liam Hemsworth’s Love Story: A Timeline of Their Relationship 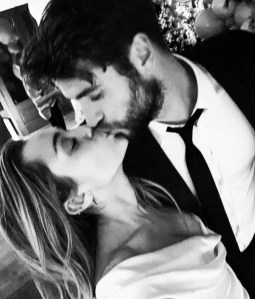 A second insider previously told Us that the Last Song costars’ love “exploded after” Hemsworth’s bravery: “Liam caring for animals and helping others during the Malibu fire really sealed the deal.”

Weeks after saying “I do,” reports surfaced that the Hannah Montana alum is expecting her first child with the Hunger Games actor, which she later denied.

Miley Cyrus Through the Years: From ‘Hannah Montana’ to Pop Sensation

“Miley is not pregnant currently but does want to have a family with Liam. Miley and Liam say they felt married before their actual ceremony,” the first source revealed. “Miley is so happy with her life right now. She’s finishing up recording her next album and she and Liam couldn’t be happier.”