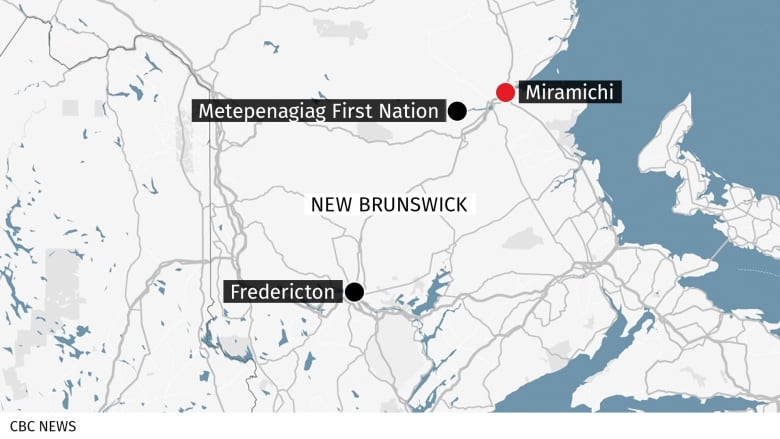 The chief of a Mi’kmaq First Nation in New Brunswick says an RCMP officer fatally shot one of his community members Friday evening.

Metepenagiag First Nation Chief Bill Ward said he did not have many details about events that led to the incident.

“I can confirm that the RCMP shot and killed one of our community members tonight,” said Ward, in a Facebook message to CBC News.

Ward said he plans to speak with the man’s family before issuing a further statement.

The New Brunswick RCMP could not be immediately reached for comment.

Quebec’s Bureau des enquêtes indépendantes (BEI)  — which investigates cases where civilians are seriously injured or killed in police operations — issued a statement Friday evening saying the RCMP had requested its assistance to investigate a police shooting in the vicinity of Miramichi, N.B., which is about 32 kilometres east of Metepenagiag First Nation.

The BEI said in a statement that RCMP were called at 8 p.m. local time to respond to reports of a person “possibly armed with a knife” in the vicinity of Miramichi.

The officers reportedly found the individual in a building with the knife and used an electric pulse weapon “several times, without success,” said the statement.

The statement said the individual allegedly charged at police and one of the officers fired his weapon, hitting the man, who was then given medical assistance and later pronounced dead at a hospital.

Roger Augstine, the Assembly of First Nations regional chief for New Brunswick and Prince Edward Island, said one of the RCMP officers involved in the shooting was recently stationed at the Sunny Corner RCMP detachment, which sits a little over a kilometre from the Mi’kmaq First Nation.

“We are still waiting for more details,” said Augustine.

“We know for a fact he was fatally shot.”

Augustine said he knew the community member who used to work security at the Fisherman’s Pow Wow.

‘The impact is devastating’

Augstine said the tragedy comes on the eve of healing walks scheduled for Saturday over the Edmundston, NB, police shooting of Chantel Moore, a Tla-o-qui-aht First Nation  woman from British Columbia.

“The impact is devastating for all of us,” said Augustine.

“It’s a bit much. I feel bad for the young people.”

Augustine said he wants to focus on healing and wellness because he knows there is a lot of anger brewing in Mi’kmaq communities.

Augstine said he is worried things could escalate quickly and he’s heard there is talk of blocking roads and bridges.

“Whatever happens, it’s important not only to stay calm, but to not feed into a protest that is going to demoralize our communities,” said Augustine.

“I am always very sensitive to send a message to our young people. These things happen from time time to time. I don’t want to instigate a riot of some kind, of any kind.”