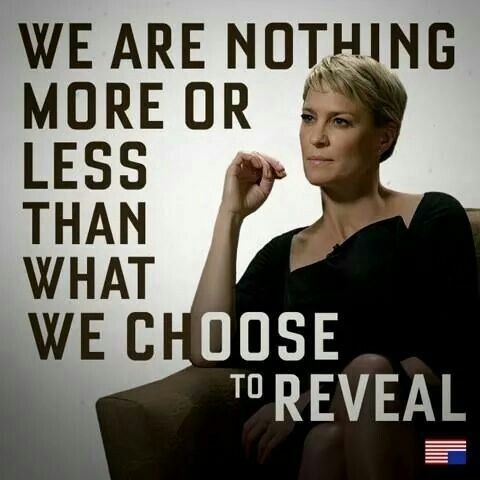 A former mayor in central Mexico channeled Frank Underwood to deliver a speech that echoed, nearly word for word, an ominous promotional video for Netflix’s House of Cards.

But Miguel Angel Covarrubias Cervantes has denied allegations that he “plagiarized” the speech, saying he was clearly referencing the show, as a way to draw attention.

“I think Mr. Underwood has helped us go a little viral,” he told the Mexican newspaper.

Cervantes is preparing for a political campaign in 2018, Univision reports.

The original speech was delivered by Kevin Spacey, as the malevolent fictional president Frank Underwood, whose devious deeds are at the heart of House of Cards. Underwood is sitting in the Oval Office and staring straight at the camera.

Cervantes delivered his version in a more modest office, but with similar dramatic lighting.

“They say we get the leaders we deserve,” Underwood says. “America deserves a leader who’s not afraid to look you in the eye and tell you what he believes. … I’m willing to work with both sides so that we all get what we want.

“They say that we have the government we deserve,” Cervantes says in Spanish. “Mexico deserves something bigger: a person who isn’t afraid to look you in the eye and tell you what he thinks. … I’m ready to work with whomever is necessary to achieve what we all want.”

But there’s one very noteworthy distinction between the two videos. The Netflix version is intercut with scenes of Underwood engaging in, well, unsavory behavior … like murder.

The camera doesn’t waver from Cervantes as it zooms in on his solemn face.

In the House of Cards version, there’s a dark twist as Underwood, after the torrent of scenes of malice and cruelty, intones, “I think America deserves Frank Underwood, and in your heart you know I’m right.”

There was no apparent irony as Cervantes said, “Now is the start of this great story.”

Netflix didn’t seem too bent out of shape over the video.

The response tweet featured a video of Underwood’s chief of staff, Doug Stamper (Michael Kelly), telling the people of Mexico, “It’s not a competition.”

The clip ended with a twist on Underwood’s line, “There is only one rule: Hunt or be hunted.”

Copy — or be copied.