Masquerade forgets his traditional duties as female fan twerks for him 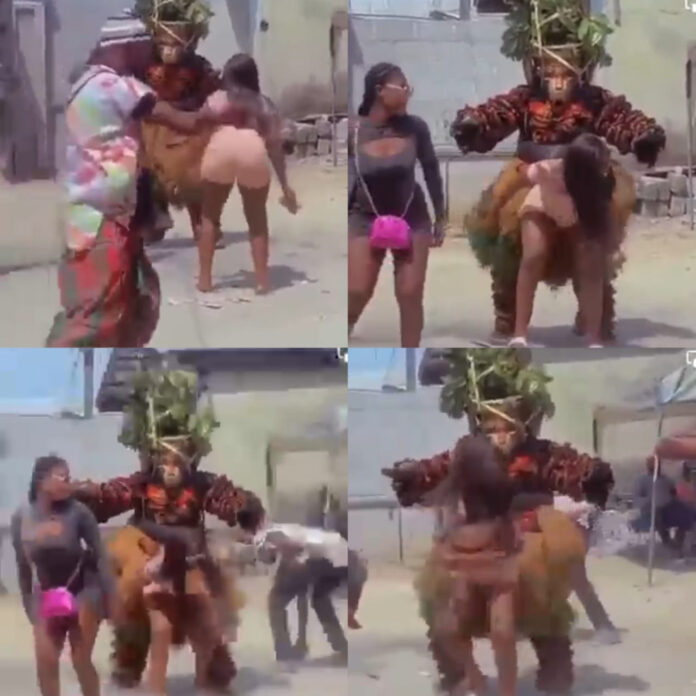 When we say women are sex objects or is it a lie? Shameless women, tomorrow if the dont see husband to marry, they sill still blame men and the patriarchy, you will see them on dating sites and dating apps looking for younger men to bang and such younger men kill them for self defense like that shameless 48 years old woman wanted to kill that 31 years old man but defended himself against her, the foolish women on Lib didn’t rejoice over her death, but if it was a man killed in name of a woman defending herself, the idiots would have been rejoicing. Fools