Boxer, Gervonta “Tank” Davis shares receipts alleging his babymama put poop on his toothbrushes and spat on him as he denies domestic violence 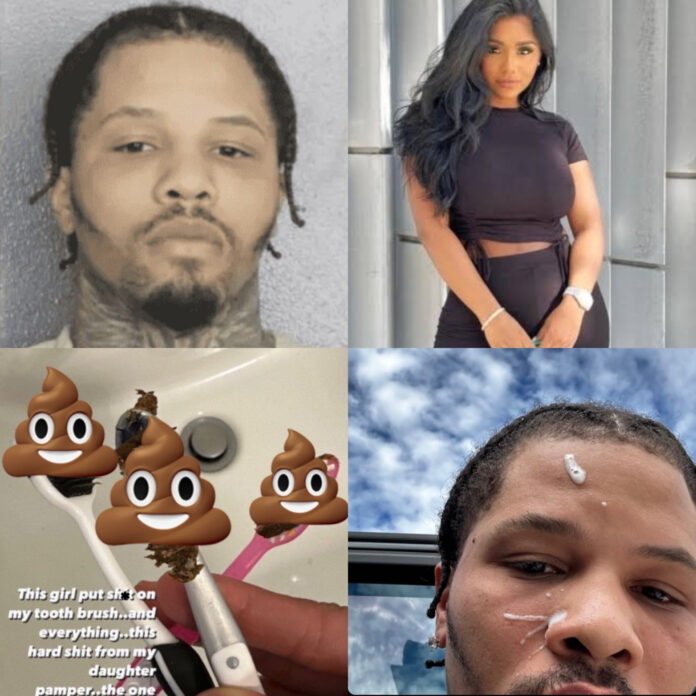 Gervonta “Tank” Davis has accused the mother of his daughter of smearing poop on his toothbrush following allegations that he hit her.

Gervonta was arrested for domestic violence.

To clear his name, the professional boxer shared recipts of things his daughter’s mother, Vanessa Posso, allegedly did.

He shared a photo showing poop smeared on his toothbrush and he accused Vanessa of being responsible.

He said she smeared his toothbrushes with poop from their daughter’s diapers.

Another image shows the boxer seemingly with spit on his face, while a video appears to show the aftermath of an altercation.

The final image is of the words “cheater,” and “slut” scrawled on a bathroom mirror.

Gervonta said he had no alternative but to share the images to defend himself.

Also read: 15 Best Sweatsuits For Men That You Could Actually Leave The House In 2022