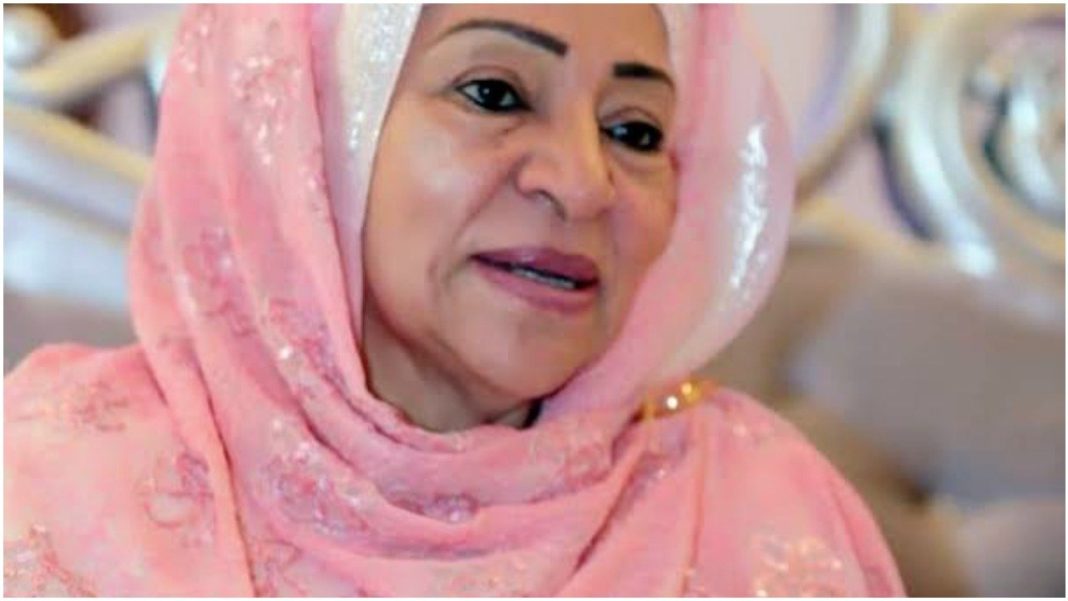 President Muhammadu Buhari has greeted the wife of former Head of State, Mrs. Maryam Abacha on her 75th birthday.

The leader congratulated the former President of Nigeria Army Officers Wives Association (NAOWA), 1985-1990 on the milestone.

A statement Thursday night by presidential spokesman Garba Shehu noted the warm, large-hearted, and charitable works of the matriarch of the Abacha family.

Buhari said she used every God-given opportunity to reach out to the poor and underprivileged.

Buhari affirmed that her initiative and leadership “transformed many lives across the country, particularly wives of military officers, girl-child, rural women and children”.

He further hailed Mrs. Abacha for leading campaigns and funding education and self-improvement skills for women, opening up opportunities in Small-Medium Scale Enterprises, operating farms, and encouraging many into agriculture.