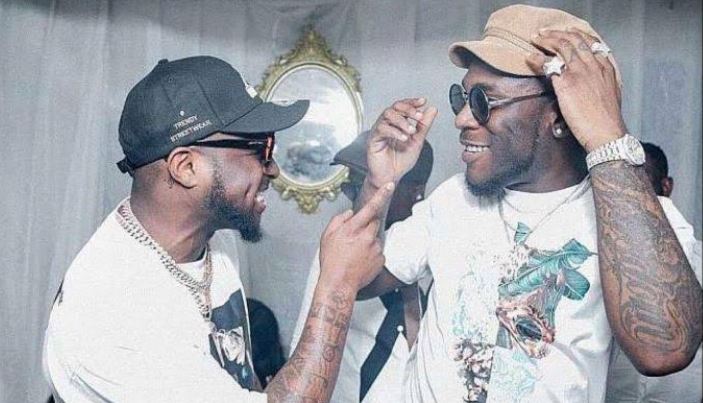 If you can recall, Burna Boy and Davido clashed some weeks ago after Davido took to his social media pages to post a photoshopped image of Wizkid and himself, tagging the image “Greatest of all time”.

This got Burna Boy angry and got him throwing shades at Davido.

However, Davido has overlooked the beef between himself and Burna Boy and has come online to congratulate him.

He posted Burna Boy’s photo and captioned it “Congrats, you over deserve this brother, more to come”.

Burna Boy beat music acts like Sho Madjozi from South Africa , Stormzy from UK alongside four other singers to win the award.

Hence, this is second time Burna Boy is winning the Best International Act category after he won it last year.

The ceremony marks the award show’s 20th year on air and 40th anniversary of Black Entertainment Television(BET) as well as the first-ever virtual ceremony in its history due to effects of the pandemic.

Wizkid’s feature on Beyonce’s ‘Brown Skin Girl’ track won him the BET Her Award category as he currently makes history as the African artiste with the most BET awards win.