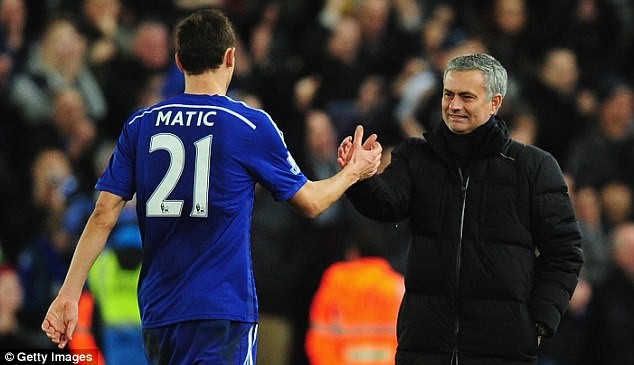 Shaka Hislop and Alexis Nunes reflect on Nemanja Matic’s debut and how Man United might line up moving forward.

Jose Mourinho finally got his man last week, bringing Nemanja Matic from Chelsea to Manchester United. Despite winning two Premier League titles in west London, playing an especially pivotal role in the first with Mourinho, the fans were fairly dismissive of the importance of this transfer.

Chelsea supporters were highly critical of Matic’s sluggish performances last season, claiming he was past his best and surplus to requirements at Stamford Bridge. But when you consider he was chosen by Antonio Conte to play in 35 of the 38 league games last season, starting 30 of them, the derision from Chelsea fans may be more than a little unfair.

Until the last week of the season, Matic had played in every league game, other than Manchester City away, when he was injured.

Could Matic really have been a passenger every week in a team that dominated the league from almost the very beginning of the season and then went on to be named champions? It’s hard to believe but also unsurprising that Chelsea fans may report it that way, given one of their players has opted to reunite with their most successful ever manager, who they now call “Judas,” at a rival club.

The Serbian was impressive in his preseason debut against Sampdoria and the formation shift his presence allows has already got United supporters excited.

There’s no denying that Matic is a considerable upgrade on Marouane Fellaini and the ageing Michael Carrick. There are huge hopes for what his inclusion could mean for Paul Pogba too. The league’s most expensive player had a good first season without blowing people away. With Matic there to do the dirty work, Pogba should be free to show what he is really capable of.

But Matic will have his work cut out for him. While releasing Pogba to do his thing in midfield is important, his biggest job may well be protecting the less-than-impressive defence that sits behind him. Eric Bailly aside, United are struggling when it comes to their central defence, and even beyond. David De Gea is obviously a quality goalkeeper and vitally important to any title challenge that United hope to mount. The supporters can likely breathe a huge sigh of relief that another summer is set to go by without him being snapped up by Real Madrid.

Antonio Valencia was voted player of the year by his teammates and was named the best right-back in the world by Mourinho following his impressive form last season. He also looks set to wear the captain’s armband more often than not next season in Carrick’s absence. 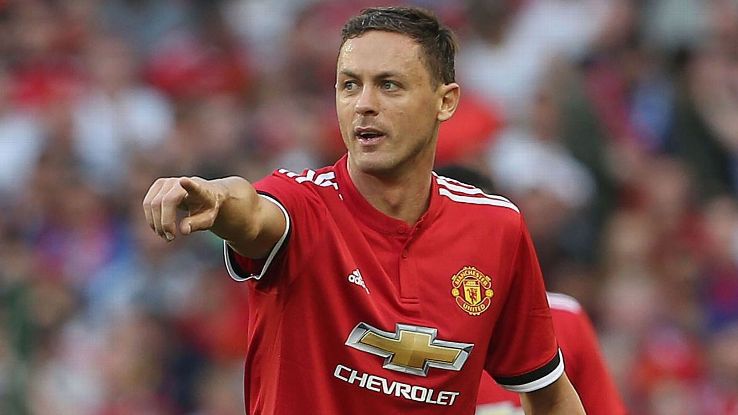 Jose Mourinho is putting his faith in Nemanja Matic to help stabilise his defence.

But the other defensive positions are far more precarious. Victor Lindelof was bought to partner Bailly, having been watched by Mourinho every week in the Primeira Liga. The manager is a big fan of the former Benfica defender and had been keen to bring him to United in January before finally landing him in the summer.

While it would be unfair to write him off on the back of a few performances in the preseason, Lindelof has looked some way off the pace for what United would need in the season ahead. He’s got age on his side — he’s only 22 — but his potential to become a brilliant centre-half does little to inspire confidence for what is required from him now. If Matic is a player brought for the present, Lindelof may well be one for the future. But United need solid foundations immediately.

While Chris Smalling and Phil Jones were once tipped as the future Rio Ferdinand and Nemanja Vidic, it’s clear to all that this prophecy will never be realised. Neither are good enough to start every week on a team with aspirations of winning the league, and neither have the excuse of a lack of experience to fall back on any longer either. They should be at their peak but neither seem to have the football brain or ability to cut it, as well as their awful injury records.

Matteo Darmian did improve in the latter months under Mourinho and excelled in the Europa League final, but his form has been hit and miss since Louis van Gaal brought him to Old Trafford. He’s typically better at right-back than left, but he certainly hasn’t done enough to assure the fans he can be relied upon, even if he has enjoyed a good preseason.

Luke Shaw could potentially be the best left-back in the league and hold down the position for the next decade. But we’ve been saying that for a few years now, and the youngster doesn’t seem any closer to making that dream a reality. Questions have been asked about his mentality, and long-term injuries keep ruling him out. Again, he’s not a player Mourinho could yet claim to bank on in the season ahead.

Marcos Rojo, who did well for a period in the last campaign alongside Jones, will likely still be unavailable for several months as he recovers from the cruciate ligament injury he suffered in the Europa League semifinal. When fit, the Argentinian is someone Mourinho has a lot of time for, with Rojo proving time and again he is prepared to play through the pain barrier for the sake of the team. But United will start the season without him.

United’s manager has always created his title-winning teams with the foundation of a solid defence. Lindelof may well go on to surprise people and settle quickly and Shaw might fulfill his potential and have a fine season, but the element of risk involved here will have Mourinho worried.

Yet in Matic, a player Mourinho deems loyal and trustworthy, he may well have someone who can make the job of the unstable defence behind him easier. But he’s certainly going to have his work cut out.