Community Shield: Arsenal and Chelsea look for momentum ahead of new season 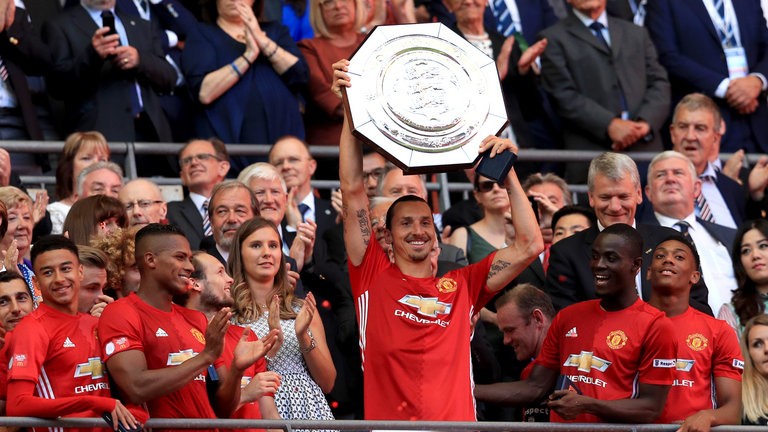 These two great rivals are eager to get one over the other to begin the 2017-18 season with a bang. Arsenal beat Chelsea in the FA Cup final in May so can Antonio Conte’s men hit back?

Sum up each side’s preseason and transfer market so far

Tom Adams: Arsenal showed renewed ambition by breaking their transfer record to sign Alexandre Lacazette from Lyon and Sead Kolasinac appears a useful addition on a free transfer as he can slot into a number of positions in defence. But, perhaps unsurprisingly, Arsenal haven’t enthusiastically joined in what will surely be the biggest summer of spending English football has ever seen by the time the window closes.

Getting Lacazette in for a fee of around £50m strengthens the attack but attempts to sign a more creative player have proved rather trickier with talks still ongoing over Monaco’s Thomas Lemar. In truth, much will likely depend on whether Alexis Sanchez does stay or not.

Either way, at least Arsenal didn’t spend £60m on a Real Madrid reserve after seeing their number one target join Manchester United.

Phil Lythell: Like Arsenal, Chelsea’s primary target this summer was a striker, which they secured at the second attempt following the failed pursuit of Romelu Lukaku. That might prove to be a blessing in disguise after the arrival of Alvaro Morata, a proven Champions League goalscorer that cost just £5 million more than Lacazette, a striker below the much-maligned Olivier Giroud in the pecking order of the France national team.

The jury is still out on just how good this transfer window has been for Chelsea, however, due to the number of outgoing players including John Terry, Nemanja Matic, Nathaniel Chalobah and the limbo in which the exiled Diego Costa finds himself. The signings of Tiemoue Bakayoko and Antonio Rudiger seem highly promising though it is hard to get too carried away before seeing them in the glare of the Premier League spotlight. 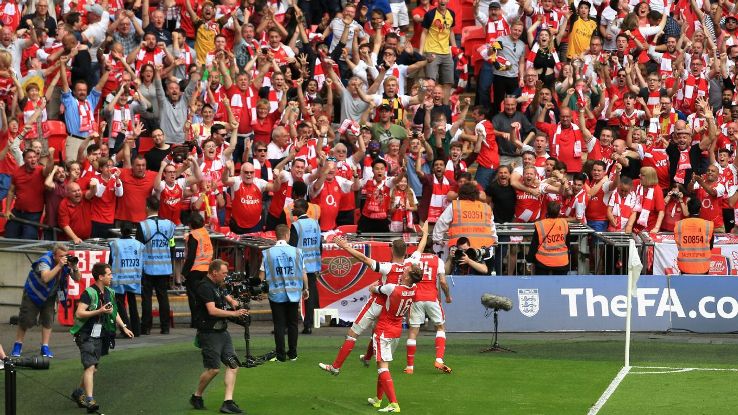 Have Arsenal figured out how to play Chelsea?

TA: The FA Cup final was a crucial mental turning point for Arsenal. Not only did they beat Chelsea, they beat the Premier League champions. It was their second victory over Antonio Conte’s side last season, sandwiching a sound beating at Stamford Bridge, and spoke of a new solidity at Arsenal.

It was not so much that they figured out how to play Chelsea — the FA Cup win was the product instead of the highly effective switch to a back three which catapulted Arsenal to eight wins from 10 matches at the end of the season. The inspiration was of course Conte’s own switch to a back three earlier in the campaign. So maybe you could make the case that, in fact, Arsenal figured out a way to play like Chelsea.

PL: The FA Cup final was a definite feather in Arsene Wenger’s cap. Not only did he buck a trend by changing his system in the latter stages of the campaign to mirror Chelsea’s but he used Conte’s game against him. The quick movement and direct passing saw player of the year N’Golo Kante completely neutralised and left Matic chasing shadows.

That said, Chelsea were unbelievably poor, especially in the first half, and looked more like the rabble that succumbed 3-0 at Arsenal early in the season. As well as Wenger’s team played they were helped by an anaemic display from the champions. Even then, 10-man Chelsea did draw level and had they not conceded the winner almost immediately afterwards it is quite conceivable the psychological battle could gave swung decisively in the Blues’ favour. Given how Conte constantly works on any deficiencies in his system, there is no doubt he will have been examined every single detail of the FA Cup final to find a solution to the problem. He will not want that to happen to his team again. 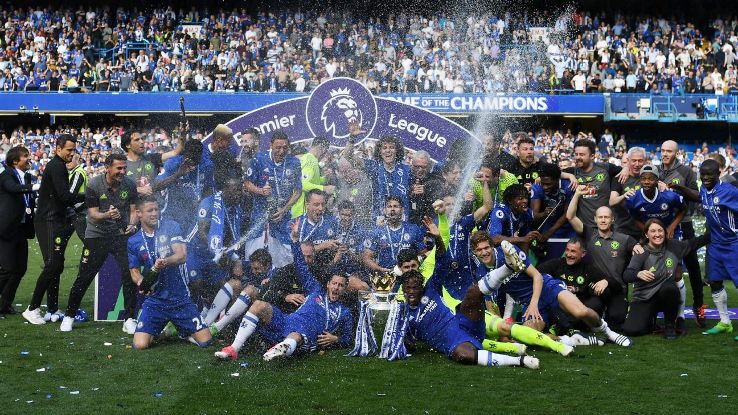 Chelsea are looking to strike an early blow to their rivals as they prepare to defend their title.

What do you hope to learn from this game?

TA: Arsenal’s victory over Chelsea in the Community Shield two years ago was hyped up, with Wenger having finally beaten Jose Mourinho, but in truth it meant little. That is the nature of this fixture: not quite a friendly, not quite a competitive match. Still, that’s not to say we can’t learn anything from it.

It should give us a good indication as to Wenger’s starting XI for the coming campaign: who will start at the back; which two players will work the wings; how the attack will be comprised. Sanchez was in attendance at the club’s members’ day this week and it will be instructive whether he starts. If so, then Wenger’s strong stance will have been given some weight.

PL: As Tom says, it is dangerous to read too much into this fixture as it is effectively a prestige friendly. Defeat for either team will be forgotten very quickly if it’s followed by a winning start to the league campaign. But as Tom also says, it is not just a jolly. It will give Chelsea fans a first chance to see their latest signings in the flesh, always a key aspect of the new season, while giving the players themselves the chance to showcase their wares in a less pressurised environment than a league game.

Any tweaks to the system will also be unveiled and the inclusion from the bench of the likes of Jeremie Boga might just indicate whether those previously on the fringe might genuinely figure in Conte’s plans for the season. Plus any chance to get one over Arsenal must always be savoured. 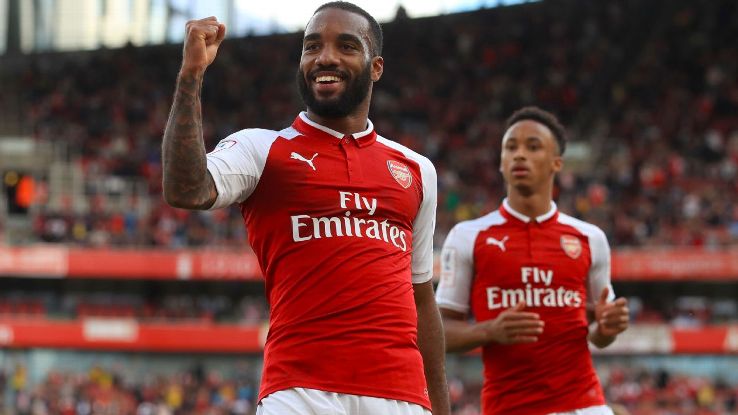 What would a win do for momentum going into the new season?

TA: It certainly wouldn’t do any harm. You should always be wary of reading too much into preseason — especially when you’ve won a tournament, the Emirates Cup, despite winning one match and losing another, when Sevilla won two out of two games but scored fewer goals — but the Community Shield has a bit more weight behind it. Zlatan Ibrahimovic and Mourinho were counting it as a trophy last season anyway.

Sunday’s result at Wembley isn’t exactly going to set the tone for the season ahead, though. Arsenal are opening the Premier League season for real next Friday when Leicester come to Emirates and Sunday’s game at Wembley should be viewed through that prism. A win would be a gentle morale boost, but not much more than that.

PL: Beating Arsenal is always fun though victory is no indicator for the season ahead. The roller-coaster nature of a Premier League campaign means that a single, essentially meaningless, fixture is simply an isolated event rather than part of a trend. As Tom mentioned earlier, a positive Community Shield is no guarantee of future success and it should not be used as a barometer. At best, it can show where a team is at that stage of its development and whether certain combinations within it are working or not.

One thing that will definitely happen in the game is …

TA: John Terry, watching from the royal box, will give himself a standing ovation after 26 minutes to show the proper respect for his own achievements. And Arsenal’s rising star Reiss Nelson, on from the bench, will do something nasty to Chelsea.

PL: Costa to be brought temporarily back into the fold for a late cameo from the bench to cause Arsenal yet more nightmares and get Gabriel sent off. 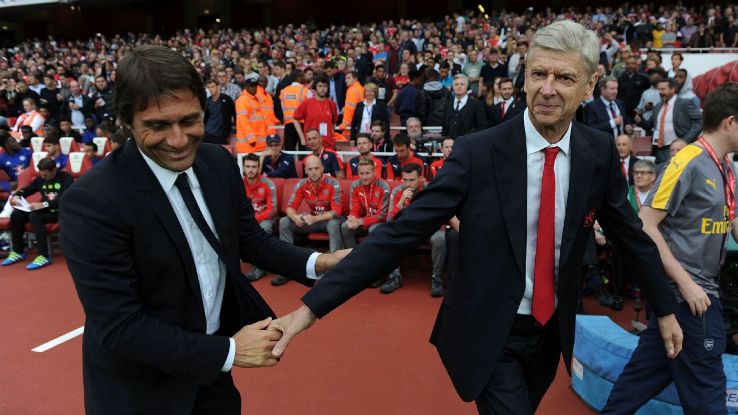 Arsene Wenger and Antonio Conte both enjoyed league victories over the other last season.

TA: Arsenal 1-2 Chelsea. Conte will make sure his men start to make amends for what happened in the FA Cup final.

PL: Arsenal 2-2 Chelsea. Chelsea win 4-3 on penalties. A ding-dong game full of defensive errors and managers tearing their hair out.