Joe Biden responds to kiss accusation: ‘Never did I believe I acted inappropriately’ 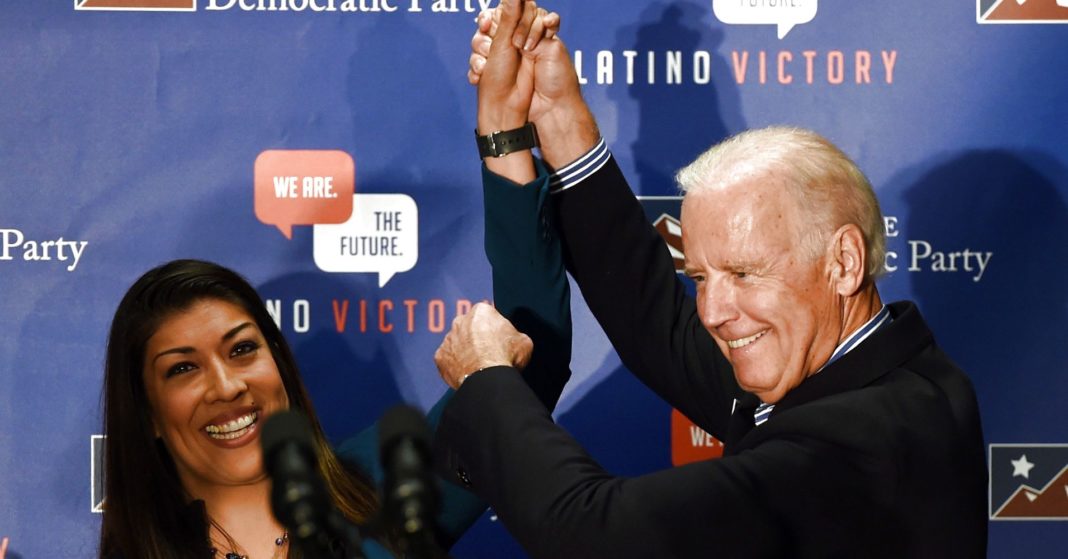 Former vice president Joe Biden said that he never believed he acted inappropriately, in response to an alleged close encounter in 2014 with a then-nominee for lieutenant governor in Nevada

“In my many years on the campaign trail and in public life, I have offered countless handshakes, hugs, expressions of affection, support and comfort,” Biden said in a statement on Sunday morning.

“And not once – never – did I believe I acted inappropriately,” he said. “If it is suggested I did so, I will listen respectfully. But it was never my intention.”

Lucy Flores wrote about the alleged incident for New York Magazine’s The Cut blog on March 29, claiming that Biden had put his hands on her shoulders and kissed the back of her head at a 2014 rally.

“He leaned further in and inhaled my hair,” Flores wrote. “I was mortified. … He proceeded to plant a big slow kiss on the back of my head. My brain couldn’t process what was happening. I was embarrassed. I was shocked. I was confused.”

“Even if his behavior wasn’t violent or sexual, it was demeaning and disrespectful,” Flores wrote.

She also addressed the incident on CNN’s “State of the Union” on Sunday morning.

“What I’m saying is that it’s completely inappropriate, that it doesn’t belong in any kind of a professional setting, much less in politics, and that is something that we should consider when we are talking about the background of a person considering running for president,” she said.

“I want this to be a bigger discussion about how there is no accountability structure within our political space, either for instances in which women feel that there was inappropriate behavior or more serious instances and allegations of sexual assault,” said Flores.

See below for Biden’s full statement from Sunday:

“In my many years on the campaign trail and in public life, I have offered countless handshakes, hugs, expressions of affection, support and comfort. And not once – never – did I believe I acted inappropriately. If it is suggested I did so, I will listen respectfully. But it was never my intention.

I may not recall these moments the same way, and I may be surprised at what I hear. But we have arrived at an important time when women feel they can and should relate their experiences, and men should pay attention. And I will.

I will also remain the strongest advocate I can be for the rights of women. I will fight to build on the work I’ve done in my career to end violence against women and ensure women are treated with the equality they deserve. I will continue to surround myself with trusted women advisers who challenge me to see different perspectives than my own. And I will continue to speak out on these vitally-important issues where there is much more progress to be made and crucial fights that must be waged and won.”