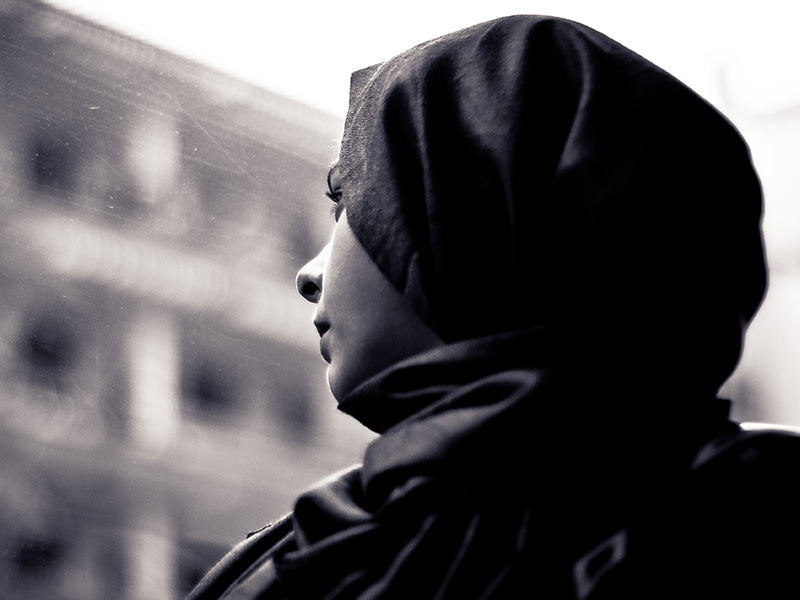 In the 2019 federal elections, a record number of Muslims were elected to the Canadian Parliament.

As Canadians head to the polls on September 20, dozens of Muslims from various parties will be running for office. 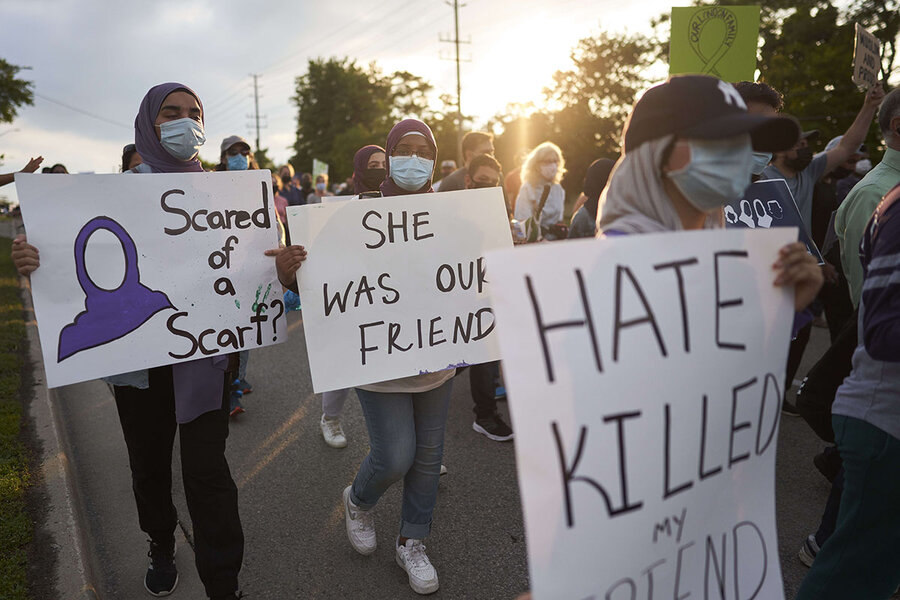 The precise figure is difficult to calculate because Elections Canada and the Library of Parliament do not collect information on candidates’ religious beliefs.

Muslims make up only 3% of the Canadian population, but candidates believe that greater representation in government is necessary in light of the country’s rising Islamophobia.

Six Muslim candidates from the Liberal Party of Canada and the New Democratic Party spoke to Global News about campaign challenges, key voter issues, and what they planned to do if elected.

Global News contacted Muslim Conservative Party candidates for this story, but the request was either declined or there was no response by the time of publication.

Mohamed Hammoud, a Liberal candidate, is running in the Ontario riding of London-Fanshawe for the second time. The 53-year-old finished second in his first election, trailing New Democrat Lindsay Mathyssen, who was elected in the southwest Ontario riding.

Hammoud, who is originally from southern Lebanon, immigrated to Canada with his family when he was eight years old in 1976. As a Muslim growing up in St. Thomas, Ont., he says he was subjected to a lot of racism and bullying as a child, and it only got worse as he got older, according to Hammoud.

While Hammoud’s personal challenges inspired him to want to make his voice heard, he admits that the hatred that has also made its way onto the campaign trail has depleted and distressed him. 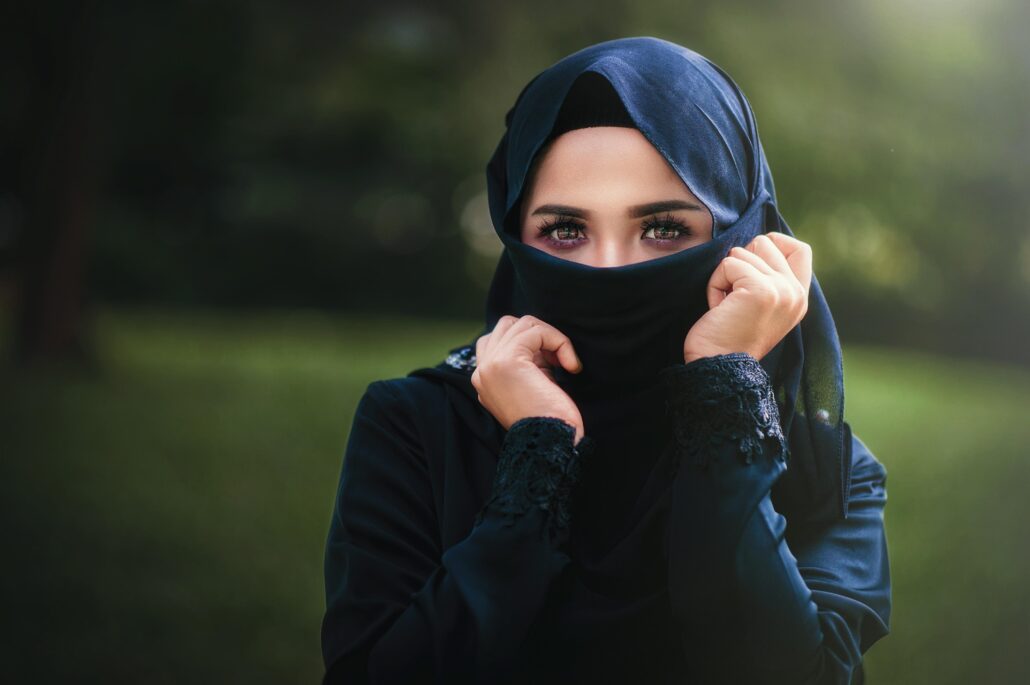 “Recently in this campaign, people have sent me private messages saying things like, ‘I would never vote for one of you.’ We already have one F-ing Mohamed at City Hall; we don’t need another,’” he said, referring to London Councilor Mohamed Salih.

In 2019, his car was keyed outside the campaign office, and he found a letter on his car that said, “Get the F out of our country and go back to Saudi Arabia because you blew up the Twin Towers.”

To address Islamophobia and other concerns, Hammoud urged the Muslim community to become more involved and engage with the government and other stakeholders.

“We can’t just rely on the government to make things right,” he explained.

“It is up to us to be a part of that conversation, to feel empowered, and to hold the government and our elected officials accountable to ensure that words are translated into action.”

Also Read: Yes, in my backyard: How a stranger’s act of kindness has changed a homeless man’s life

Zahid, 51, has chaired the Standing Committee on Citizenship and Immigration for the past year and a half.

As an immigrant of Pakistani origin herself, Zahid stated that she is well aware of the difficulties and sacrifices that people must make when moving to a new country, which is why she wanted to bring those issues to the political forefront. 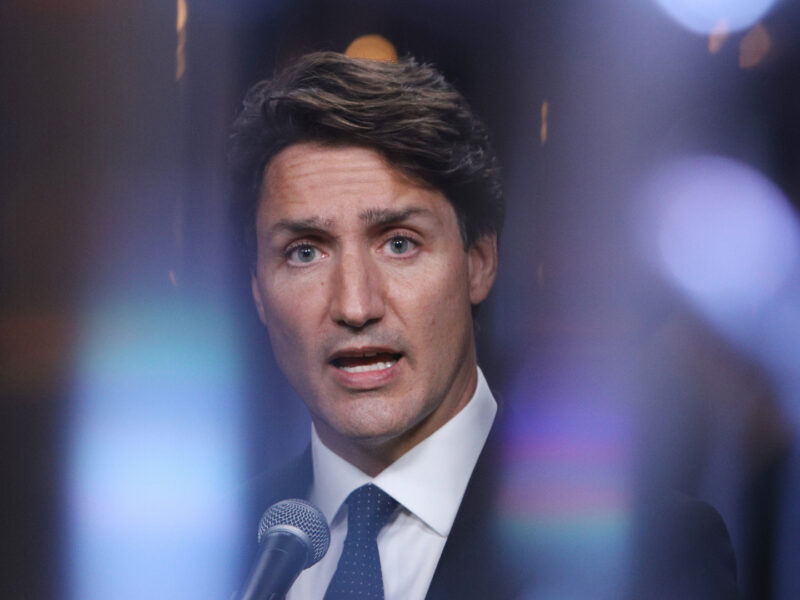 Zahid established the Scarborough Centre Multifaith Council to bring people from various religious organizations under one umbrella in an effort to unite the local community.

Also Read: Young Indigenous voters in Sask. share their priorities ahead of the federal election

She stated that as a woman of color and a Muslim, she has faced difficulties in gaining voters.

“While I’m canvassing every day, I’ve heard racist remarks like, ‘I’ll never vote for a Muslim.’”

Zahid recalled that during her previous campaigns, she was also told to return to her rightful place.

The deadly attack on the Canadian-Pakistani Afzaal family in London, Ont., in June 2021 struck a particular chord with Zahid, who herself frequently walks around her neighborhood wearing a hijab and a traditional shalwar kameez.

“When I heard the news about the London incident, it hit me right in the heart, and I told myself that it could have been… us.”

Many young girls in her riding have told her they are afraid to wear a hijab in public.

“In the last six years, we have done a lot of work to ensure that we fight all forms of racism, but I believe there is a lot more work to be done.”

In the future, Zahid believes it is critical to combat online hate and raise awareness and education about it.

If re-elected, she plans to advocate for adequate funding for the Anti-Racism Secretariat, which was established two years ago as part of Canada’s Anti-Racism Strategy 2019–2022.

Arif Virani, a Liberal MP from Toronto’s Parkdale–High Park riding, was first elected in 2015 and has already served two terms in Parliament.

He came to Canada as a refugee from Uganda in 1972, after Ugandan dictator Idi Amin exiled 7,000 Asians from the African country.

Prior to entering politics, Virani worked for 15 years as a human rights and constitutional lawyer.

Between December 2019 and August 2021, he was the parliamentary secretary to Minister of Justice and Attorney General David Lametti.

In that capacity, he stated that he met with Muslim organizations to discuss how to combat online hate before the Liberals introduced Bill C-36 in the House of Commons in June 2021.

Virani was also involved in a study of M-103, a non-binding motion in the 42nd Canadian Parliament that called on the government to condemn Islamophobia, as well as all forms of systemic racism and religious discrimination.

“I’m extremely concerned about Islamophobia and have been vocal about it since my election,” Virani said.

“People are becoming radicalized online… and we need to stop it.” And dealing with online hate is one of the most important ways we can.”

Following the election success of Muslim Liberal candidates in 2019, Virani stated that increasing the number of Muslim voices in the House of Commons can help amplify the widespread issues affecting Muslims both at home and abroad.

Hawa Mire is running for the National Democratic Party in the Ontario riding of York South-Weston in her first federal election.

Mire, who was born in central Somalia, immigrated to Canada in the late 1980s during the African country’s civil war.

Mire is a community organizer and small business owner with over two decades of experience in the non-profit and charitable sectors.

She stated that one of the reasons she decided to run in this year’s election was the lack of attention or care given to issues involving seniors, the Black community, and low-income and working-class residents in her riding during the COVID-19 pandemic in terms of testing and vaccinations.

“I got into politics because I felt like our federal representative wasn’t there.”

“The communities that I saw struggling the most during the pandemic… were not well supported.”

Mire expressed concern about the rise in hate crime in the country, particularly against Black women who were visibly Muslim or wore a hijab.

Also Read: Victims of violent kidnapping in Hamilton are a humble family and welcoming to others, friend says

To address the issue, she stated that stronger anti-hate legislation, as well as greater diversity in government, were required.

”I believe that if we see an increase in the level of diversity of people elected to office at the federal, provincial, and municipal levels, we will see much stronger legislation.”

If elected, she pledged to continue fighting for issues affecting women, racialized women, Muslim women, and Somali communities across the country.

Sameer Zuberi is a Liberal candidate in Quebec’s Pierrefonds-Dollard riding. He was first elected to Parliament in 2019 and is now running for re-election.

The 42-year-old comes from a mixed family, with his mother being of Scottish-Italian descent and his father being a Pakistani immigrant.

He was a reservist in the Canadian Armed Forces for five years and worked at McGill University’s faculty of medicine before beginning his political career.

Despite being born and raised in Canada, Zuberi says that as a person of color, he has had to explain his background throughout his life.

“When I tell them I served in the army, they ask which army? Even if I say the Canadian army, it does not fully register for everyone.

“So I’ve spent my entire life engaging in diplomatic relations in order to explain who I am, my background, and what I stand for.”

Among the election issues he sees as critical, Zuberi expresses strong feelings about discrimination, particularly against the Muslim community, emphasizing that “there is a lot of work to be done” to address it.

“I’ve been concerned about Muslim discrimination and Islamophobia for a long time. This is not a new phenomenon.”

However, he remains optimistic that this can be addressed through better education and demystification.

“That is something that we all have to be a part of, Muslims and the rest of society working together, to have accurate narratives about who Muslims are,” he said.