COVID-19 positive cases continue to put a strain on Washington‘s medical system, despite officials’ pleas for people to get vaccinated.

With the return of school, the state fair, and sporting events, the state and its residents are moving on from the pandemic, but state health officials warned Wednesday of dangerous levels of COVID-19 caseloads still confronting hospitals, mostly involving the unvaccinated. 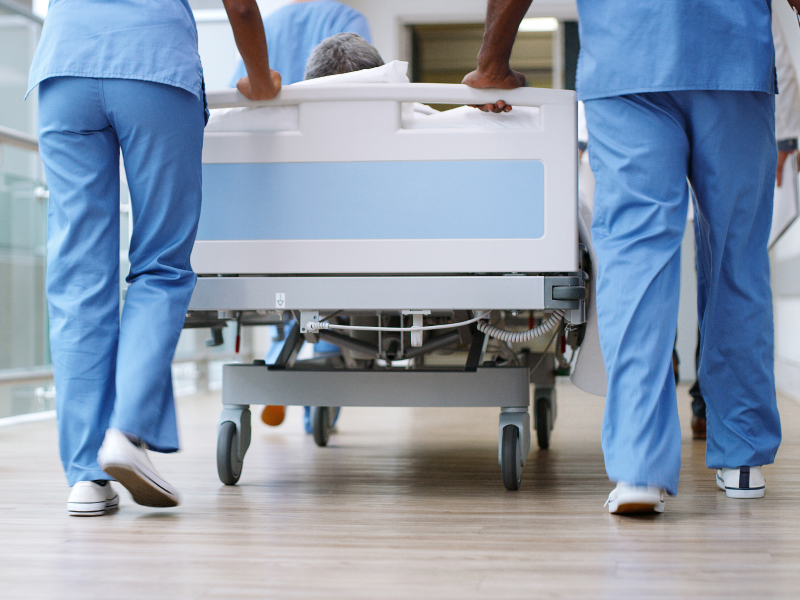 Dr. Scott Lindquist, the state’s acting health officer, told reporters at a news conference held by the Department of Health that the Delta variant is still responsible for more than 99 percent of cases statewide, resulting in the current wave of case numbers.

“The current wave is higher than it has ever been,” Lindquist said. “The good news is that we are beginning to see some stalling out of this. I’m not sure if this will go down… but it’s the first good piece of information we’ve had that we’re starting to see some downward trend, but I’d be very cautious about this until we see it further.”

“If you’re between the ages of 12 and 34…. you’re 30 times more likely to be hospitalized if you’re unvaccinated,” Lindquist said.

Also ReadL Victims of violent kidnapping in Hamilton are a humble family and welcoming to others, friend says

The state Department of Health released its report on unvaccinated cases on Wednesday, the most recent update since late August. Unvaccinated 35-64 year olds are 21 times more likely to be hospitalized with COVID-19, according to the report.

Dr. Steve Mitchell is the medical director of Harborview Medical Center’s Washington Medical Coordination Center and emergency department. Mitchell told reporters that the toll among the unvaccinated was still being felt. 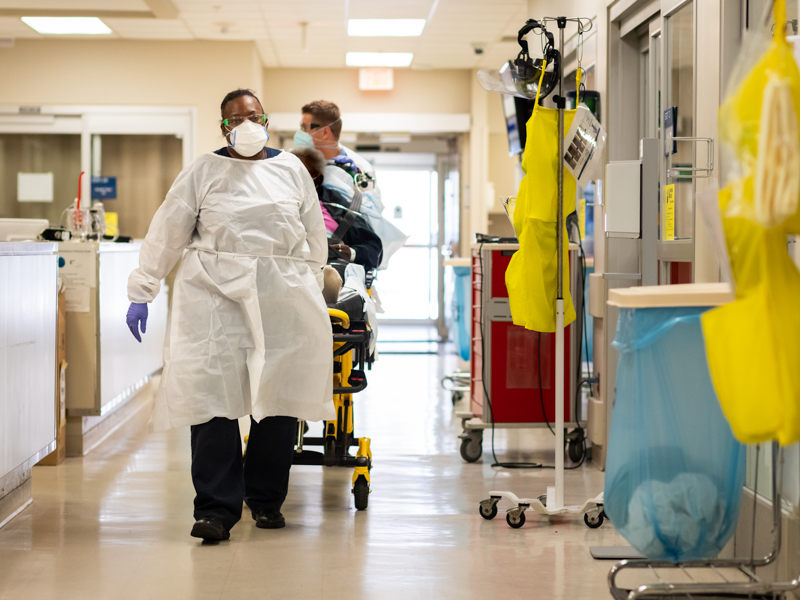 “Our hospitals are on the front lines of this battle with this common enemy, and they are overcrowded,” he said. “All of our resource hospitals are completely full.”

“It means that our resource hospitals in places like the Tri-Cities, Wenatchee, Everett, Vancouver, and Seattle are all going to extraordinary lengths to care for their patients. They are converting areas that were not intended to care for critical care patients into ICUs. They are also taking personnel who would not normally work in intensive care units and extending personnel who would normally work in critical care units.”

Also Read: Bride-To-Be Who Hesitated To Get Vaccinated Dies Of Covid 19

According to Mitchell, there were 1,592 COVID patients in hospitals across the state as of Wednesday.

“To put that in context, that’s roughly the equivalent of four Harborview Medical Centers where I practice medicine spread out across the entire state,” he said.

The current total is lower than the 1,673 reported by the Washington State Hospital Association on Monday

Covid decline does not mean hospitals will be in better shape

Dr. Umair Shah, Secretary of Health, cautioned that the decline does not mean hospitals will be in better shape immediately, as it will take time for the wave to recede and the effects of the newly vaccinated to take effect — up to six to eight weeks with the Moderna and Pfizer-BioNTech vaccines.

“We will continue to see whatever inputs and patients come our way. We’ll keep putting pressure on that system for a while.”

Since July 1, the Washington Medical Coordination Center has “handled over 1,000 requests from hospitals that have been unable to place their patients… to move their patients from these small, rural critical access hospitals, where they can stabilize patients, to the locations that can actually intervene and fix those patients,” according to Mitchell.

Across the state, 75.1 percent of those aged 12 and up have received at least one dose of vaccine, with 68.1 percent fully vaccinated.

“However, it is time for the 1.6 million others who haven’t been vaccinated yet to go to the vaccine locator and make an appointment to get vaccinated today,” said Michele Roberts, acting assistant secretary with the state DOH.

There is no timetable for when federal guidance on vaccines for children under the age of 12 will be issued.

During the briefing, Shah made several impassioned pleas for people to get vaccinated and follow other safety precautions such as masking and social distancing.

“This is not a political stunt, nor is it an example of governmental overreach. This is about the fact that we have people in our system who will die, who will have severe illnesses, who will be on ventilators if we do not do what we can.”