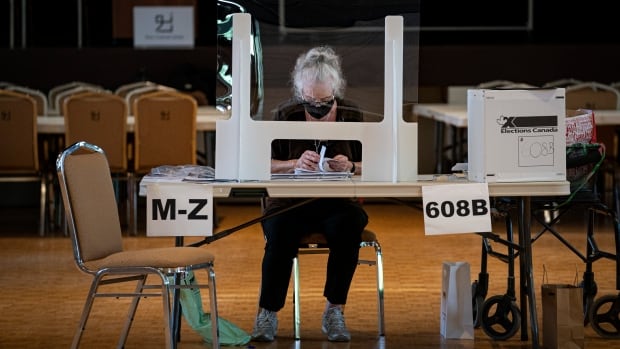 Canadians will soon head to the polls and CBC News will have full coverage of the federal election on all platforms so you can follow every development.

CBC News will have comprehensive coverage with real-time results, big election night news and analysis about how the vote is unfolding. Here’s how to follow along:

You’ll be able to track every election result — from the national picture to who’s winning in your local riding — on our live results page.

Our digital reporters will keep you up to speed on key stories and reaction from across the country throughout the day and late into the evening. You’ll be able to stream the CBC News election special at the same time.

Find all that at CBCNews.ca.

She’ll be joined by our Ian Hanomansing, Adrienne Arsenault, Andrew Chang and David Cochrane to break down results riding by riding and chart the path to the Prime Minister’s Office, along with analysis from our political insiders.

The special will also check in with correspondents across the country, with on-the-ground reaction at party headquarters and in key candidate ridings. Here’s where to watch:

CBC Gem, including an ASL stream.

David Common will be hosting a special election night primer edition of Power & Politics from 4 p.m. to 6:30 p.m. ET / 1 p.m. to 3:30 p.m. PT. As the clock ticks down to polls closing, CBC News reporters will update you on how the campaigns played out across the country over the last 36 days and bring you to the various party headquarters. The show will break down what the outcome could mean for every province and you can expect to hear from former ministers, party insiders and war room veterans alike.

They will be joined by other CBC journalists and guests to deliver results, insights and analysis as the night unfolds.