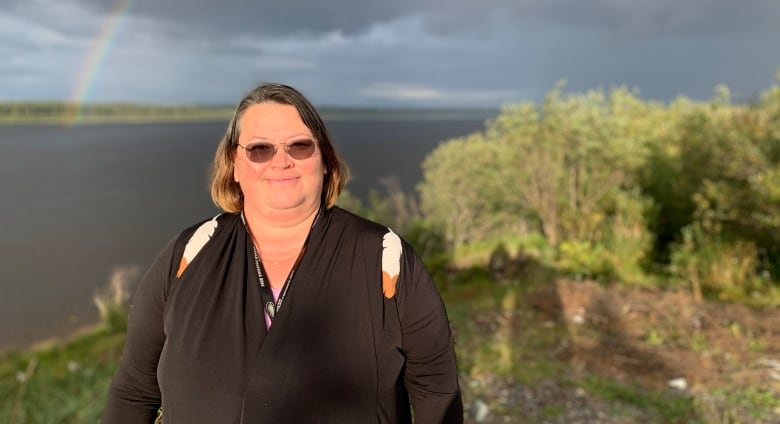 The northern Quebec riding of Abitibi–Baie-James–Nunavik–Eeyou is not only the largest geographic riding in Quebec — it is also often in the bottom five in the country in terms of voter participation.

In a riding where more than 30 per cent of voters are Indigenous, several candidates are working hard in the hopes of convincing more of them to fill out a ballot.

The Assembly of First Nations has identified Abitibi–Baie-James–Nunavik–Eeyou as one of 24 ridings across the country where First Nation voters can decide who wins.

This time, there are two Indigenous candidates running, and they’re hoping to make a difference.

“There’s no representation for Indigenous issues,” said Lameboy, who works as the wellness co-ordinator for the Cree Women of Eeyou Istchee Association, and has also served as a councillor at the local level.

“I’m hoping that I make a difference in the polls.”

The riding includes 14 Inuit villages, nine Cree and two Algonquin communities and part of Naskapi territory. Indigenous voters make up 30 per cent of the 65,172 eligible voters.

For Kistabish, the historical impacts of colonization have left Indigenous voters less interested in federal and provincial politics.

“I sincerely hope people will go out and vote, so we have a voice in Parliament and in government … so we can address our issues and priorities,” said Kistabish, who works as the director of training, employment and social development in Pikogan. She was director general of the community from 1995 to 2012.

The groundwork for having more Indigenous engagement and participation at the federal level was laid in 2011 and again in 2015 by the NDP’s Romeo Saganash. The Waswanipi Cree was the first Indigenous Member of Parliament elected in Quebec.

Saganash pointed out Indigenous peoples only got the right to vote in federal elections in 1960 and in Quebec in 1969.

“It is true that it is a challenge to get the vote out in Indigenous communities — participation rates have often been very low. The fact that we got the right to vote very late, long after the women, partly explains the situation,” said Saganash in an interview with Radio-Canada.

Abitibi–Baie-James–Nunavik–Eeyou stretches across 854,754 square kilometres and includes the non-Indigenous towns of Val d’Or, Chapais, Chibougamau and Lebel sur-Quevillion, among others. It’s currently represented by the Bloc Québécois.

“What is important is to listen and understand what the other wants, because we want to work nation-to-nation with Indigenous peoples, to sign agreements with them and to settle treaties,” said Bloc candidate Sylvie Bérubé in an interview with Radio-Canada.

Bérubé was first elected in 2019. During that campaign, she said it was a priority for her to learn English and to visit Indigenous communities in the territory.

Steve Corriveau, who is running for the Conservatives, said his party plans to act on some of the recommendations of the Truth and Reconciliation Commission concerning investigating unmarked graves of Indigenous children.

“The legacy of residential schools is a national shame,” said Corriveau in an all-candidates debate hosted by the Val d’Or Chamber of Commerce and broadcast on Radio-Canada.

“The discoveries [of unmarked graves] are a sad reminder that there is still a lot to do to defend the rights of Indigenous people.”

Corriveau, Kistabish and Lameboy have all presented their priorities at an online meeting of Cree community chiefs, something that will make them more accessible and increase interest in federal politics, according to Chisasibi Chief Daisy House.

“They will also know the issues in each community, because yes, we are all Crees, but we all have different priorities to put forward,” said House.

Eighteen-year-old Didier Pilon, who is representing the Green Party in the riding, is promising to fund crisis centres for residential school survivors.

“We need more than symbolic speeches,” Pilon said during the all-candidates debate. ”We need concrete action to heal.”

Michaël Cloutier represents the People’s Party of Canada, which promises to abolish the Indian Act, among other things.

The other people running in the riding are Cédric Brazeau for the Free Party Canada and Jimmy Levesque of the Marijuana Party. Neither party has posted any policies or promises regarding Indigenous peoples on their websites.