Insecurity: Nigeria under siege – Northern CAN 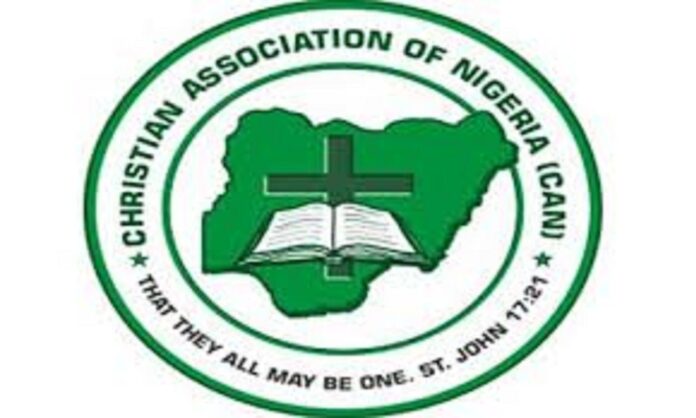 The Christian Association of Nigeria (CAN) in the 19 Northern states and the Federal Capital Territory (FCT), Abuja, has noted that Nigeria is under siege by terrorists who are unleashing mayhem on the citizens and crippling economic and social activities across the country.

The group explained that the terrorists’ activities are mostly felt particularly in states like Kaduna, Katsina, Zamfara, Niger, Benue, Plateau, Taraba, Kebbi, Sokoto, and even Abuja, the seat of power.

Also read: ‘Drownings are preventable,’ so this Elgin County coalition is working to fill water-safety gaps

Addressing newsmen in Kaduna on Sunday, Elder Sunday Oibe, the Secretary-General of Northern CAN, said, “Nigeria is under siege by terrorists who are unleashing mayhem on the citizens and crippling economic and social activities across the country, particularly in states like Kaduna, Katsina, Zamfara, Niger, Benue, Plateau, Taraba, Kebbi, Sokoto and even Abuja, the seat of power.”

The group observed that the continuous brazen and commando-like style, with which the terrorists operate unchallenged, even to the extent of issuing a threat to kidnap the President of the Federal Republic of Nigeria, is most uncalled for worrisome.

According to the group, “The continuous brazen and commando-like style, with which these terrorists operate unchallenged, even to the extent of issuing a threat to kidnap the President of the Federal Republic of Nigeria, is worrisome.”

Northern CAN, therefore, called on President Muhammadu Buhari and the National Assembly to stop living in denial but come to the reality of the present situation and save the lives and properties of Nigerians.

The Northern CAN Secretary-General explained that Nigeria is on the verge of collapse, and needs, urgent and proactive steps to be taken to save the situation, saying that nowhere is safe in the country.

He also called on President Buhari to rise to the occasion by living up to his constitutional responsibility of protecting the lives and property of citizens and defending the sovereignty of Nigeria and urged all well-meaning Nigerians to unite and pray fervently for the country and for the defeat of the enemies of the Nigerian state.

On the 2023 presidential candidates, the group reaffirmed its stand against the idea of a Muslim- Muslim ticket in a multi-religious and multi-cultural society like Nigeria, lamenting that the country has never been so divided along religious and ethnic lines before, alleging that the same faith presidential candidates would further worsen the situation.

Elder Sunday Oibe called on politicians and political parties to be wary of those who might sneak to meet them secretly like Nichodeamus in the Bible in the name of Christian leaders from the north, with the sole aim of wetting their political apatite and desperation for monetary gains.

He assured that Northern CAN is a reputable religious organisation, saying that it would never engage in any secret dealing with any politician as a matter of policy.

He, however, said that their doors are open to any Nigerian who desires to share with them ideas on moving the country forward, stressing that Northern CAN, like many individuals and groups, is deeply concerned about the helpless security situation in the country.

The Secretary-General congratulated the new national leadership of CAN and encouraged them to stand firm like Joshua in the Bible in these difficult times to be the real voice for the church in Nigeria while pledging their unalloyed support in all areas to help them succeed.