‘Drownings are preventable,’ so this Elgin County coalition is working to fill water-safety gaps 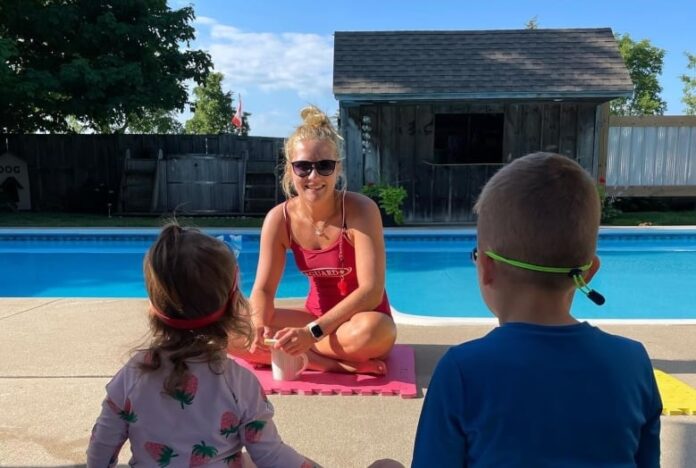 With lifeguards in short supply and the pandemic limiting swim lessons, a new drowning-prevention group in Ontario is looking to educate people heading to beaches about water safety.

Both live and work on the water in Elgin County, and wanted to do something to help educate those especially at risk of drownings, including children, seniors, people facing language barriers and migrant agricultural workers.

“People don’t always understand that open water is a lot different than even a backyard pool,” said McCaw, who has been teaching swimming for five years in Elgin County and is a lifeguard in Port Stanley.

Across Ontario, 51 people have drowned this year, according to the Lifesaving Society.

In June, a 24-year-old agricultural migrant worker from Guatemala died in hospital after a possible drowning in Lake Erie.

We could bring that number [of drownings] really down to almost zero if people practise safe behaviour around the water.– Barbara Byers, Lifesaving Society

McCaw said she often sees beach swimmers struggling after going out too far or children out of arm’s reach of their parents. She said knowing how to swim isn’t enough, but water safety should also include knowing pool and beach rules, and boating safety.

“These aren’t new messages. It’s just a matter of making sure we’re clear on distributing them,” said Townsend, who’s also an underwriter for boating insurance.

“We’re really just trying to focus in our own backyard, really. That’s where we want to make the biggest difference.”

Townsend wants to see more data on near-drownings in Elgin County, which has around 100 kilometres of shoreline, to help identify water-safety knowledge gaps in the community.

She believes collecting that data will help identify the target groups most at risk and what can be done — such as creating signs in different languages.

Townsend has learned from similar coalitions in Ontario and wants to see the work expand to other regions.

“Almost all drownings are preventable,” said Barbara Byers, a senior researcher with the Lifesaving Society. “We could bring that number really down to almost zero if people practise safe behaviour around the water.”

Risk factors include are being a weak or non-swimmer, not wearing a flotation device, swimming alone or alcohol consumption, according to the Lifesaving Society’s 2020 drowning report.

“It’s within the public’s control to be aware of drowning risks, and ensure they have the skills, training and focus to practise safe behaviour,” she said.

“If we did that, then our numbers could be very, very, very low.”