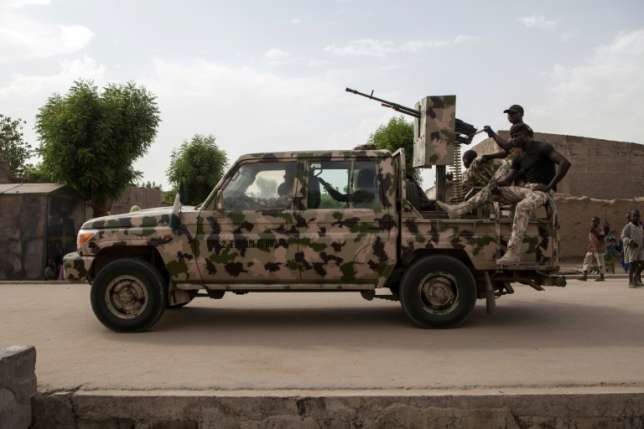 The Deputy Director, Army Publication Relations, 8 Division, made the disclosure in a statement issued to newsmen in Maiduguri.

Col. Timothy Antigha, Deputy Director, Army Publication Relations, 8 Division, made the disclosure in a statement issued to newsmen in Maiduguri.

He said the troops recovered ammunitions, food items, consumables and animals from the insurgents.

He said that troops of the 242 Battalion of 8 Task Force Division had intensified campaign to deny the remnants of Boko Haram terrorists in the Lake Chad Basin freedom of action and access to logistics within its area of responsibility.

“At about 3.00 a.m. on Thursday, troops responding to a distress call, intercepted terrorists mounted on 14 horses in Malamti village, Guzamala Local Government Area of Bornu State.

“Unfortunately, two soldiers who sustained injuries during the engagement are currently receiving medical attention,” he said.