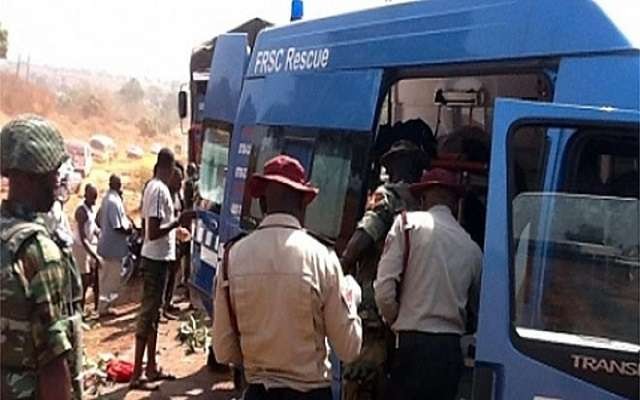 God is Good Motors, a transport firm, says it didn’t abandon one of its passengers involved in an accident as widely reported.

A transport company, ‘God Is Good Motors’ (GIGM), says a passenger’s account of events which stated that he was abandoned in the wake of an accident, were untrue and wide of the mark.

In a statement sent to Pulse, GIGM said the passenger in question has fed the media a tissue of half truths and outright falsehood.

The statement from the company is reproduced below, unedited:

Our attention has been drawn to a recent publication on a platform titled, ‘Nigerian man involved in a fatal accident’, wherein the author made strenuous but futile attempts to tarnish the reputation of our brand.

We are constrained to react, even against a long-standing corporate culture of avoiding media distractions, because of the tissues of lies embedded in the tale shared by one Paulcy C. Iwuala, who we confirm was one of our valued guests (passenger) in a bus involved in an accident at Ore while traveling from Owerri to Lagos.

While we regret the unfortunate incident, an isolated case in an otherwise brilliant safety record, we wish to state that at no time, in the course of the challenges faced by Mr. Iwuala, did GIGM abandon him.

First, the fact of the case is that the incident occurred on March 13, 2016 and not in April. Mr. Iwuala, just like other injured guests, was rushed to the Federal Medical Centre (FMC), Ore, which at the time was the quickest facility to access and best available within the area. Thankfully, and by the mercy of God, no lives were lost, contrary to claims.

As attested to by Mr. Iwuala, he and the Captain (driver) of the vehicle, who is our employee, were later transferred to the University Of Benin Teaching Hospital (UBTH) for better care and management. His claim that it took a certain official of the Department of State Security (DSS) to initiate a transfer to UBTH is absolutely false.

It, indeed, runs against common sense to argue that the company needed an external pressure before directing better Medicare for even its own staff, the Captain, who was moved to UBTH alongside Mr. Iwuala.

Again, we wish to place before the public who may unwittingly fall for Iwuala’s tale, that the management of GIGM reacted promptly to every demand of the hospital.

The total bill accrued on the treatment of Mr. Iwuala at UBTH was N88, 000 (Eighty-eight thousand Naira) and this was borne by us, and settled immediately. Every evidence relating to our claims are here attached, and remain available for your investigative team to examine, if necessary.

Sadly, Mr. Iwuala chose to discharge himself from UBTH against medical advice, and has since employed subtle media blackmails, including illegal recruitment of agents of the Nigerian state, in his bid to fleece our organization.

While we regret the incident of March 13, 2016, we shall, by every legal instrument, resist further attempts to impugn the integrity and reputation of God is Good Motors.