I’m not going to China but…Costa 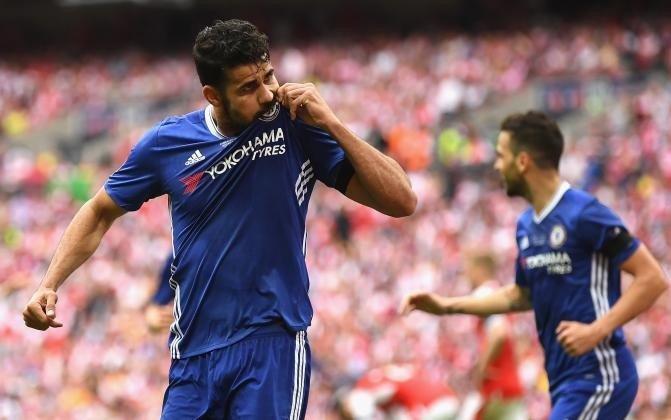 Chelsea striker Diego Costa says he has no interest in a lucrative move to a Chinese club because it would jeopardise his chances of playing in next year’s World Cup.

The News Agency of Nigeria reports that recent speculation has linked the Spaniard with Chinese Super League club Tianjin Quanjian.

After losing 1-2 in the English FA Cup final match to Arsenal on Saturday, Costa told Spanish media that former club Atletico Madrid were the only team he would leave for.

“If the club want to sell me, there’s one club I’d move to,” he was quoted as saying, agreeing that it was Atletico, which he left three years ago to join Chelsea.

“I will remain (at Chelsea) if there is intention from the club and the coach for me to stay, but if they want to sell me to bring in another striker, I will go.

“But it will not be to China, he insisted.

“People talk too much, people talk about China but there’s a World Cup coming up and if I go to China I won’t have the chance of going to it.”

Costa, Chelsea’s top goal scorer as they won the English Premier League this season and scorer of their lone goal on Saturday, played two games for Brazil in 2013.

But he switched to Spain a year later after being granted Spanish citizenship and represented them at the 2014 World Cup.