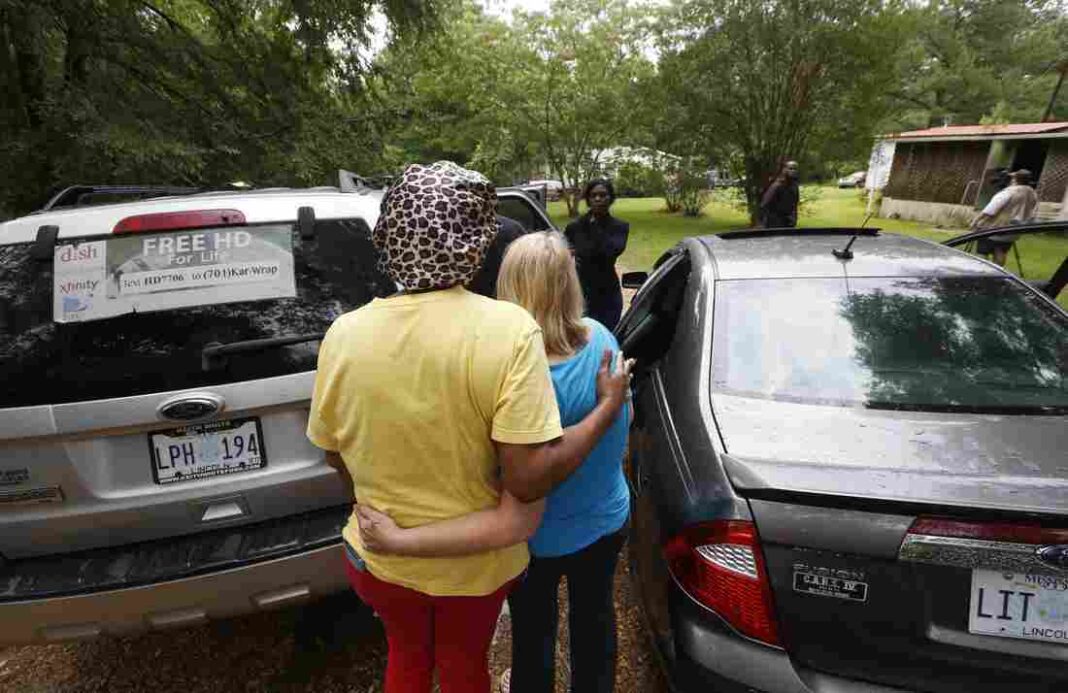 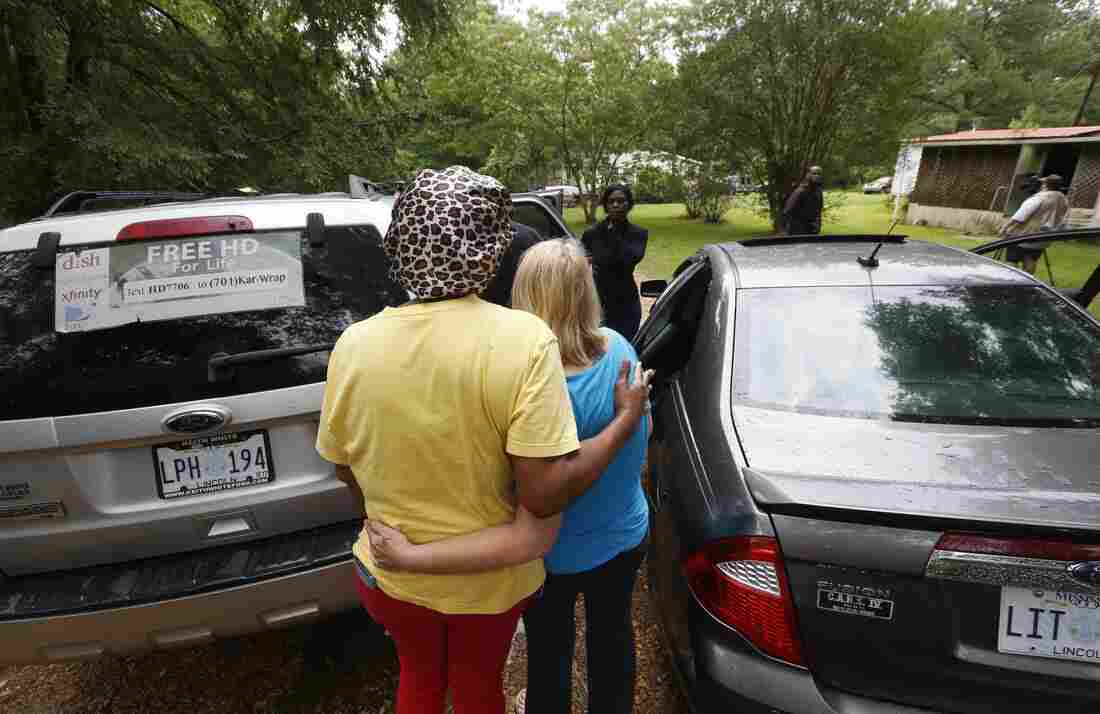 People console each other Sunday near a house where several people were killed Saturday in Lincoln County. Rogelio V. Solis/AP hide caption

People console each other Sunday near a house where several people were killed Saturday in Lincoln County.

A sheriff’s deputy and seven other people were killed in an overnight shooting spree in Lincoln County, Miss., and the suspect is in custody.

The rampage happened at three separate locations in the county, according to a statement from the Mississippi Bureau of Investigation carried by The Associated Press and Reuters. 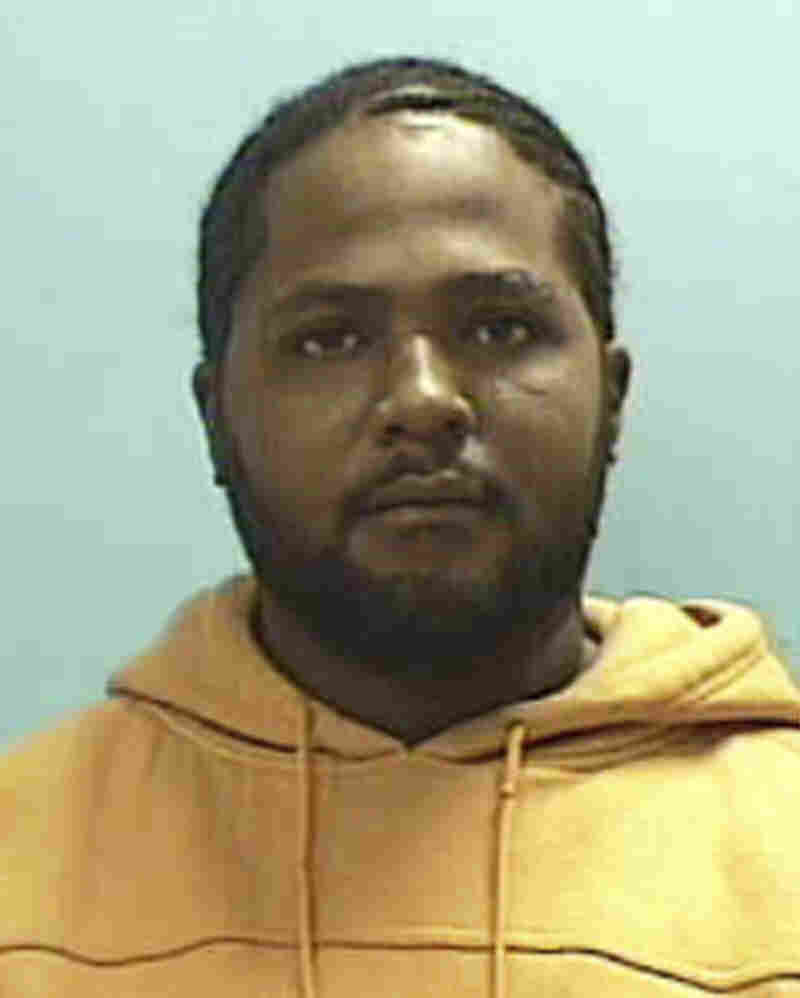 The suspect, identified as 35-year-old Willie Corey Godbolt, was apprehended and moved to a hospital to receive treatment for a gunshot wound. Authorities did not explain how he sustained it.

It’s not clear what the relationship is between Godbolt and the victims, and authorities have not suggested a motive. But a video published by The Clarion-Ledger, which shows Godbolt talking to a reporter, suggested the killings happened during a family dispute.

Godbolt, sitting on the street with his hands cuffed behind his back, said he had been involved in a discussion with his wife and her family about their children. “I was having a conversation with her stepdaddy and her mama and her, my wife, about me taking my children home,” he said.

He said that he was sorry that the sheriff’s deputy died, blaming the people who called law enforcement. “My pain wasn’t designed for him,” he said. “He was just there.”

Godbolt added that he wanted to die. “My intentions was to have God kill me. I ran out of bullets,” he said. “Suicide by cop was my intention. I ain’t fit to live, not after what I’ve done.”

Reuters describes how the events unfolded, citing the statement from the Mississippi Bureau of Investigation’s Warren Strain:

“The sheriff’s deputy, identified as William Durr, was fatally shot after responding to an emergency call regarding a domestic dispute late on Saturday night at a house in Bogue Chitto, a small community about 69 miles south of Jackson, the state capital.

“Godbolt also killed three females at the house, Strain said, before heading to another residence in the nearby city of Brookhaven and fatally shooting two boys, Strain said. He then headed to a third address to kill a male and a female victim. Except for the deputy, the victims have not been identified.”

Durr had a wife and 11-year-old son, and was training to participate in the Drug Abuse Resistance Education program in local schools, according to The Daily Leader.

In a statement, Mississippi Gov. Phil Bryant described the incident as a “senseless tragedy.”

“Every day, the men and women who wear the badge make some measure of sacrifice to protect and serve their communities,” Bryant said. “Too often, we lose one of our finest.”