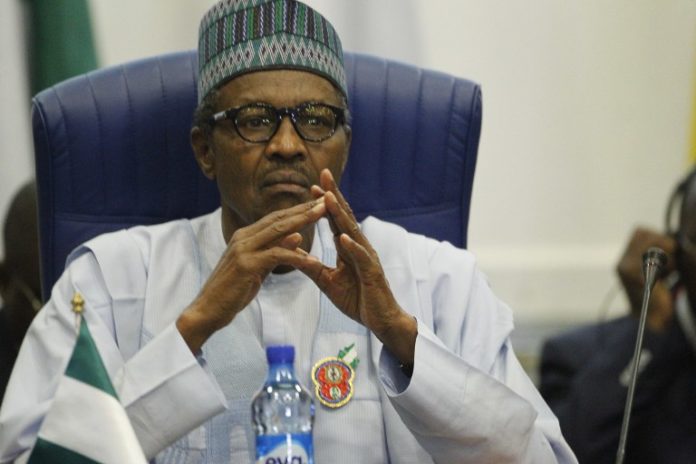 A prominent non-governmental organisation, Human Rights Writers Association of Nigeria, HURIWA, has reacted to the appointment of Mohammed Adamu as the new Acting Inspector General of Police, IGP.

HURIWA claimed that President Muhammadu Buhari, by appointing Adamu, who hails from the North, was “worshipping the goddess of nepotism and favouritism”.

Buhari had yesterday named Adamu the new IGP, following the retirement of Ibrahim Idris from the position after he clocked 60 years.

However, in a statement forwarded to DAILY POST, by its National Coordinator, Comrade Emmanuel Onwubiko, HURIWA insisted that Buhari’s decision of appointing Northern Muslims as security heads smacked nepotism and favouritism which was unconstitutional.

The body, however, urged the new police boss to ensure he reformed the image of the Force because Nigerians have lost faith on them.

HURIWA admonished Adamu to adopt a one-point agenda of turning around the corrupt police Force into an effective and professional policing institution.

The statement reads: “The exit from police force of the immediate past Inspector General of Police Alhaji Ibrahim Kpodum Idriss is a good riddance to bad rubbish and perhaps the finest opportunity for the emerging hierarchy of the Nigerian Policing Institution to have a rebirth and change the tragic comedy that epolicing became under the last leadership which lasted three years from 2015 to January 15th 2019.

“We ask the incoming IGP to sack the spokesman of Force headquarters Mr. Jimoh the rapidly promoted Assistant commissioner of police picked by Idriss Kpodum ibrahim for bringing public odium to the media and public image of the Nigeria Police force. The Force PRO under the past IGP is everything but professional because that office elevated double speak and falsehood to a religion in the Nigeria Police force.”

HURIWA also charged the new acting Inspector General of police Alhaji Abubakar Adamu “to hit the ground running by first and foremost changing the public relations dynamics of the Nigerian policing institution from the global notoriety it garnered for itself as a lying policing force to become a people’s friendly police that will focus on comprehensively enforcing the laws effectively, efficiently and professionally in absolute loyalty to the Constitution of the Federal Republic of Nigeria of 1999 (as amended) and to change the face of the police from a highly compromised agency that carries out politically motivated hatchet jobs for the highest bidders and the political party in power and become a truly Nigeria Police Force that will serve Nigerians creditably.”

“The police in Nigeria has become the most untrustworthy institution in Nigeria and swims in the illegality of bribery and corruption. NPF now stinks of impunity and crass indis indiscipline.

“We wish to recommend to the new IGP to adopt a 1 point agenda which will revolve around turning the currently corrupt and politically compromised Nigeria Police to a Professionally effective and efficient Policing institution that will be administered in absolute compliance with the Rule of law and in total obedience to the Nigerian Constitution and all relevant law enforcement statutes.

HURIWA stated that the “concentration of all internal security appointments in the hands of Northern Moslems is unconstitutional and a shameful worship of the goddess of nepotism and favouritism by President Muhammadu Buhari.”