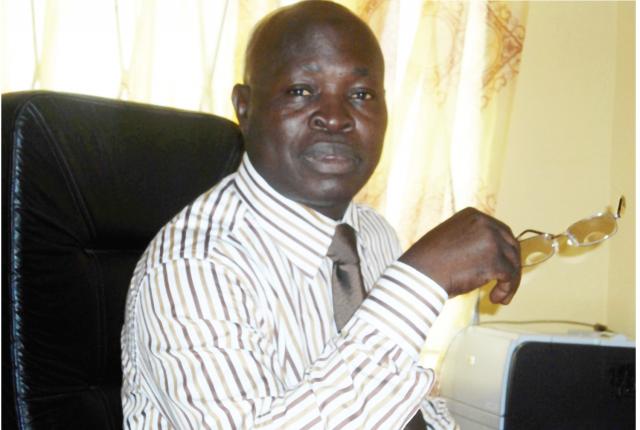 The Muslim Rights Concern, MURIC, has highlighted the dangers in allowing the Chief Justice of Nigeria, CJN, Walter Onnoghen, to remain in such elevated position with corruption allegations hanging around his neck.

In a statement released to DAILY POST on Wednesday, MURIC sounded a note of warning, asking Onnoghen’s sympathisers to allow the Federal Government to handle the case of the CJN now before it infects the whole system.

The statement was signed by its director and founder, Professor Ishaq Akintola.

It said, “Judicial corruption fuels impunity. It is the worst type of corruption because that is where we go when the system is corrupt.
Hide quoted text

“Any nation whose judicial system is led by corrupt judges is sitting on the precipice. Judicial corruption should not be tolerated in any sane society. It corrodes the rule of law. It is a cancerous tumour in any nation’s anatomy and any surgeon worth the salt will not hesitate to amputate a cancerous part of the body in order to save the rest.

“Judicial corruption enthrones corrupt politicians in political offices. It robs hardworking, honest and credible politicians of well-deserved victory at the polls. Judicial corruption is the deadliest enemy of democracy. It debilitates the rule of law, renders equal rights unattainable and puts asunder any dream of an egalitarian society.Judiciary is the last hope of the common man and a corrupt judge dashes the hope of the ordinary citizen.

“A corrupt judiciary poses the most potent threat to crime fighters like policemen, anti-corruption agencies, anti-graft activists, human rights activists, etc. The efforts of these patriotic elements who put their lives on the line for the sake of society will be in vain if the judiciary is corrupt. Corrupt judges frustrate the efforts of crime fighters. A corrupt judiciary emboldens criminals and corrupt people as they always know that they can bribe their way out in court.

“Nobody can wipe out corruption where the judiciary itself is enmeshed in dirty deals. It is like pouring water inside a basket in an attempt to fill it up. A hundred bucketfuls cannot achieve that. That is why MURIC is sounding this note of warning. Allow FG to handle the case of the CJN now before it infects the whole system.

“MURIC is concerned because Islam abhors materialism. What is a judge doing with so much money when 80 million fellow citizens are wallowing in abject penury? Can we take any accumulated wealth to the grave? Do we know when our time will be up? Where are those before us who stole all the milk and honey in the land?

The Muslim Rights Concern said it was concerned because even if all public office holders are accumulating wealth unjustly, the chief judge of the land must be above board like Caesar’s wife.

It said “The Qur’an says all the wealth in this world cannot make a man live forever (104:1-9; 102:1-8). Umar bin Khattab insisted that governors appointed by him must declare their assets immediately they are appointed and immediately after leaving office.

“All these are allegations made in the petition written against him by a lawyer human rights activist and instead of the judge to deny them he claims to have forgotten to declare them in his asset declaration.

“If ignorance of the law is no excuse, what do we call this claim of forgetfulness made by the numero uno lawman of the federation? Justice Onnoghen should resign immediately if there is any decency left in him.

“This is definitely not the ideal symbol of justice a nation can be proud of. We are making a mockery of the bench if high-ranking lawyers bend over backwards to defend the indefensible in this case. We seem to be unable to face the truth in this society. Other countries are making progress by punishing corrupt judges. Who did this to Nigeria?

“In China, Huang Songyou, a former Chinese supreme court judge was jailed for life after being convicted of embezzlement and receiving nearly £500,000 in bribes. Another judge, Wang Suyi was sentenced to fifteen years in prison for bribery. Indonesia’s corruption court sentenced one of the country’s top judges to eight years in prison for taking bribes in January 2017.

“In Pakistan, a five-member panel of judges ruled that Justice Patrialis Akbar was guilty of receiving thousands of dollars from a meat importer to influence the outcome of a judicial review of the law on animal husbandry.Mark Ciavarella, a corrupt judge in the United States was sent to 28 years in June 2018 for selling kids to private prisons while Munir Patel, an ordinary British court clerk was sentenced to four years in prison in 2011 for receiving £100,000 bribe because Britain will not stomach corruption in its criminal justice system.

“The choice is ours, whether to deal decisively with corrupt judges in order to instill discipline in the judiciary or to allow tribal jingoism, acrobatic religiousity and articulated political sentiment to override our objectivity.

“For the avoidance of doubts, we assert clearly, categorically and unequivocally that MURIC will continue to support this regime not because the president is a Muslim (he is not the only Muslim candidate anyway) or because of his political leaning but because the president has unassailable integrity and because this is the only regime that has made fighting corruption its cardinal focus.

“We are also not unaware of the personal risks involved, they are simply part of the hazards of human rights activism. We are prepared to do even more in the interest of our dear country and in defense of Allah-given fundamental human rights of Nigerian Muslims and the rest of its citizens.

“On a last note, we reiterate that Justice Onnoghen is a clog in the wheel of justice. Wailers should allow the law to take its due course. It is most dangerous for Nigeria to approach a general election with a jaundiced judicial system. The Nigerian people have lost confidence in him. He should resign without delay.”