Iâm ready for you, the world will know how wicked, deceitful, you and your family are â OAP Dotun drags DâBanj on IG 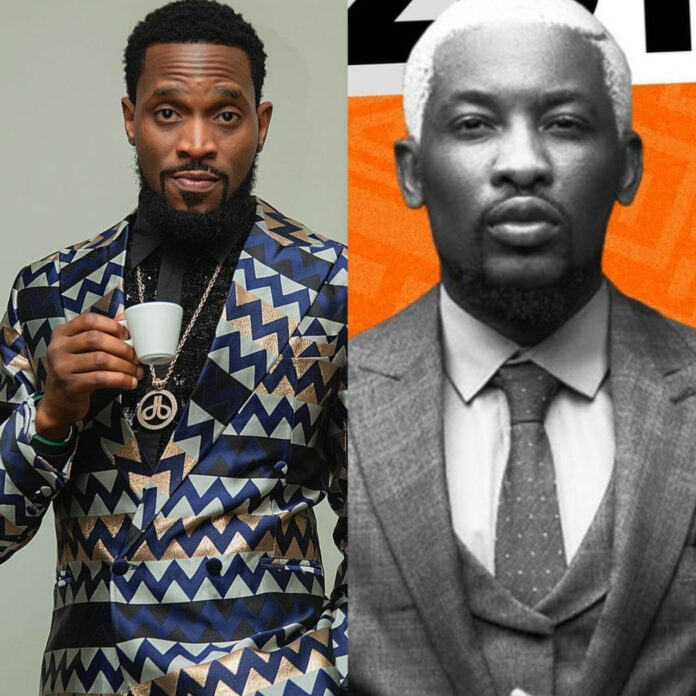 OAP, Kayode Ojuolape Oladotun popularly known as Do2dtun, has taken to social media to call out singer, D’Banj and his family.

Dotun who is married to Dbanj’s sister, Taiwo, took to his Instagram page today, December 16, to accuse DBanj of trying to pervert the course of justice. Dotun and Taiwo got married in 2013 and have two children together.

According to court documents signed by Omotayo’s lawyer, Pelumi Olajengbesi, the Managing Partner of Abuja-based law firm, Law Corridor, it was alleged that the OAP forced his wife to abort her third pregnancy as a married woman. The court subsequently granted the divided custody of the children which Omotayo did not oppose pending the final determination of the suit in court. The publication in its report, stated that Dotun, on December 14, 2022, allegedly stormed Omotayo’s Abuja residence with some policemen and forcefully broke into her premises, assaulted her gateman and staff. It said Taiwo hid and refused to disclose are actual whereabouts as Dotun continued hauling all manner of insults on her person.

The petition dated December 14, 2022 and stamped to show receipt by the office of the DIG, said the invasion left Omotayo in a “state of emotional distress and fear of imminent danger in the hands of the Defendant (Do2dtun) who remains volatile and unpredictable”.

“In view of the facts stated in this petition, we humbly request that you use your good office to conduct a dispassionate investigation into Our Client’s petition and cause an appropriate action in line with the law to be taken against the Defendant in order to guarantee the safety of Our Client and for the interest of justice.

In addition to the above, we request that the identity of the Nigeria Police Officers who engaged in the unlawful act at the bidding of the Defendant be made known to the public and necessary action be taken against them so as to preserve the integrity of the Nigeria Police that has been painstakingly built over the years,” the petition read in part.

Reacting to this development via his Instagram page this afternoon, Dotun said it’s been two years he has been quiet about the ”several lies” that have been told and ”several attempts made to pervert the course of justice.”

He accused DBanj of using the press to spread lies, adding that he is ready to make the entire world know how ”wicked, deceitful, ignorant and despicable” the singer and his family are.

”I have been quiet for the past two years…

Several lies have been told, several attempts have been employed to pervert the course of justice. It is shameful when legal practitioners that are supposed to be learned, rather than submit themselves to the jurisdiction of the Court, choose to conduct the practice of the law like social media bloggers.

Anyways, @iambangalee of life, I have heard and read the spurious lies you, your half baked lawyer and your family have fabricated with the press and the police and I promise you, I am ready for you. Since you have chosen to take the matter to the press, the entire world will now know how wicked, deceitful, ignorant and despicable you and your entire family are.

As for Taiwo,
Mummy wa, God will heal your heart one day. i won’t stop praying for you.”