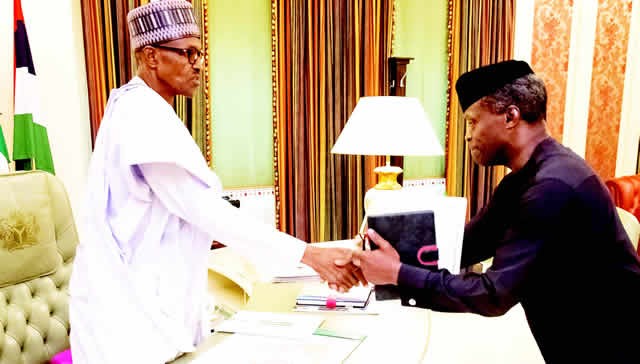 Renowned Gospel musician, Panam Percy Paul and his beautiful wife of 36 years, Teena, share some of their marital experiences with TOFARATI IGE

Can you recall how you met your spouse?

Panam: Our relationship is unique in the sense that we had always known each other but I never thought that she would end up as my wife. I used to see her as a little sister. At a time during the Nigerian civil war, she and her elder brother, who was my classmate, even lived with us. With the passage of time, we all went our separate ways to school and to pursue other endeavours so we didn’t see each other for a while. But on one fateful day in 1979, I went to visit my parents and she was just leaving the house at that time too. Immediately I set eyes on her, it was just like I had never seen her before. Till now, I find it difficult to explain how my emotions towards her just changed so dramatically because we had lived together for a while and I never had any romantic feeling towards her.

Teena: I have known my husband for practically all of my life because our parents were friends and we grew up together.

What was the reaction of your parents considering your close family history?

Panam: My mother was initially skeptical about the relationship but we were able to convince her that we loved each other dearly and were ready to become husband and wife. At the time we got married, we were about to graduate from the university and we were mature enough to know what we wanted. Her brother also supported us and till date, we don’t see each other as brothers-in-law but just brothers. It was like marriage made in heaven because we got unconditional support from our families.

What qualities did you see in him that convinced you to spend the rest of your life with him?

Teena: One of the things that struck me about him is his honesty. I also saw in him a man who was willing and passionate about serving God. Even when he proposed to me, he said, ‘If I promise to buy you silver, gold, or build a skyscraper, that wouldn’t be true because I cannot afford them now. But as God leads us on this journey, I can assure you that whatever treasure I get is also yours.’ That honesty really appealed to me.

How easy was it for you to ease into life as a married man?

Panam: While we still had the siblings’ kind of relationship, there was never a time that I sat down with my wife alone to talk about personal issues. All our discussions bordered on academics and church. At a time, girls who were interested in me in her (secondary) school sent love letters to me through her because they all saw her like my sister. We would laugh over the letters together and she would tell me about the individual characters of the writers, but I wasn’t really into women so I never took it serious. However, to transit from that to being a couple was quite easy; we only had to build on our relationship. Our communication was fantastic though I was reserved, while she was more outspoken and expressive. I had always been a responsible and independent person because that is the way our parents brought us up. During our one year courtship, I learnt more about her and my parents actively coached me on how to be a good husband and treat a woman. At the time we got married, I was working as an engineer with a radio station and I had a car and a good apartment.

How would you describe your marital experience thus far?

Panam: We are very open with each other and keep no secrets. She has the details of my bank accounts and at some point, I handed over all the cheque books to her and she was the one handling the finances of the home. Whenever I needed money, I would have to go through her. This was because we knew each other’s strengths and weaknesses and we were able to share responsibilities.

Teena: It has been a wonderful journey with a lot of diverse experiences. It was quite rough at the onset because then, the music ministry wasn’t considered a serious one. But he knew what God wanted him to do and he did not relent so I gave him all my support and it is a different story today. There were times that we didn’t have food to eat and we were really struggling. We once fasted for three months, not because we wanted to, but because there was no food to eat. Despite all this, we had people who looked up to us. It would interest you to know that we have never lived alone since we got married. We always have people staying in our house. At a time, we had about 37 adults living with us. When I look back, I see that God has been merciful to us because it is by His grace that we were able to take care of them all.

But how were you able to have some privacy, particularly as a young couple?

Teena: My husband is a romantic man. Back then, he used to make sure that he would take me out at least thrice in a week. We would go out alone to a garden or someplace quiet, and we would buy snacks and drinks. We would stay there enjoying ourselves and discussing about our future plans.

What’s the most romantic gesture he has ever done to you?

Teena: He has done quite a lot of romantic things that I cannot begin to recall right now. Till date, every time he calls me, he ends the call by telling me he loves me. And I think that is very romantic. Another symbolic thing he did was when he called me into the room and told me that he was releasing me fully into ministry to follow the call of God upon my life. He said he didn’t want me to feel restricted in any way because of my marital status.

How do you celebrate your wedding anniversaries and other special dates?

Panam: We have three special occasions that we celebrate yearly: our individual birthdays and our wedding anniversaries. I’m not really given to celebrations so I don’t really do much on my birthdays but I love to celebrate hers. Interestingly, our wedding anniversary falls on New Year’s day so it is usually double celebration for us. Now with children and grandchildren, it is usually so sweet because they all come back home and we celebrate together. We would all be in the house singing and dancing. We brought up our children as friends and we still live that way. We don’t conceal anything from them and they don’t keep secrets from us as well.

Do you have special names for each other?

Teena: I believe that if you’re really in love, you wouldn’t refer to your spouse just by his or her name. We have special names for each other but I wouldn’t want to make it public though.

Do you buy each other gifts?

Panam: Yes, we do that at every given opportunity.  I can buy her gifts every week because I love it. Whenever I receive any income, you can be sure that a gift would follow.

Would you encourage couples to operate joint accounts?

Panam: I don’t even need to encourage it; as a married couple, you’re already ‘joint.’ I wonder why people feel it’s a problem. We don’t even have joint accounts, we just have accounts. I had an account before I got married so all I did was to take her to the bank to make her a signatory to my account after our marriage, and she did the same thing too.

What do you think is the place of money in having a successful marriage?

Teena: Money is security and it plays a very important role in marriage. Personally, I would advise that men should be totally honest about their finances with their wives. Let her know what you can afford per time. The wife should also learn to be content with whatever she gets from her husband. In our own case, our bond was even stronger when we had nothing. I knew in my heart that if my husband has, he would give. That gave me room to pray for open doors for him and you know God answers women’s prayers quickly.

What did marriage change about you?

Panam: It made me to be more God fearing. I am not just responsible to God, who I cannot see, but to a physical being as well. I became more open as I always discussed my daily activities with her and I enjoy it. Marriage also made me to be more accountable.

What are some of the most enduring lessons you’ve learnt in marriage?

Panam: Some people are brought up with the mindset that a woman is second class in a marriage; more like a slave and baby manufacturing machine that is good enough only to be sent on errands. But for me, I believe we are equals. My wife is a university graduate so why wouldn’t I take advantage of her intelligence and abilities? I remember talking to a group of young men who were being prepared for marriage and when I told them how finances are managed in my home, they felt it difficult to accept that their wives would know the true state of their income. I have found that if you take your wife as a partner, it would make your life easier as you would complement each other to make things work well.

From your experience with young couples, what do you think is responsible for the high rate of marriage collapse these days?

Panam: Using myself as an example, I was deliberately trained on how to be a husband and father. I was taught how to understand the thoughts and peculiarities of a woman and how to live with her. A woman would usually not just tell you what she’s thinking; you have to be intuitive to know if there is anything amiss. These days, parents don’t consciously teach their children about marriage; especially fathers to sons. Parents should teach their children about family life from their own experience. It behooves on fathers to step up in this regard because women still try to have good relationships with their daughters.

Teena: I think there is a mis-understanding about what marriage is. These days, people go into marriage with individual mindsets and disposition. There is no oneness anymore and people are no longer ready to be submissive or love unconditionally.