How Igwe Obayi set our place on fire – Nsukka Community cries out to Gov. Ugwuanyi 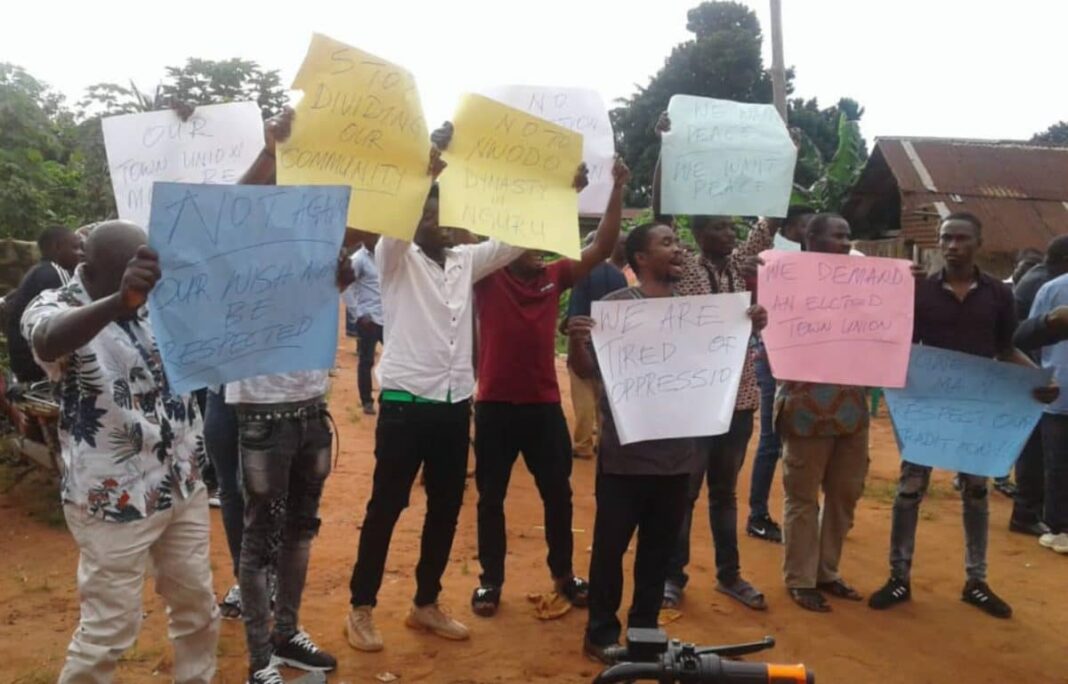 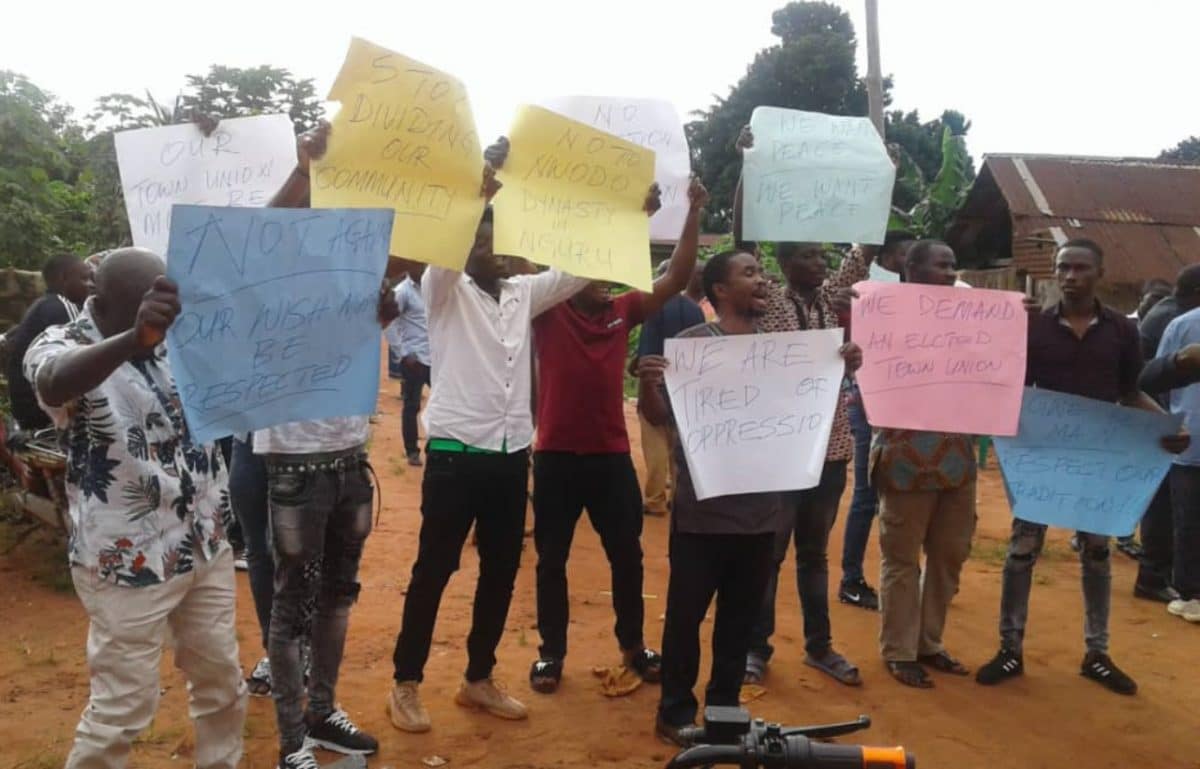 For yet another time, crisis has hit Nguru Nsukka community of Enugu State following the alleged imposition of a town union leadership on the people by their traditional ruler, His Royal Highness, Igwe Linus Obayi.

The move sparked off protest, weekend, by aggrieved members of the community, who said they would not fold their hands and watch the monarch destabilize their place for selfish gains.

They called on Gov. Ifeanyi Ugwuanyi to intervene and call the embattled traditional ruler to order.

A source hinted that the monarch, who had earlier put on hold the process of putting in place a town union for the community, made a u-turn and inaugurated what he called a caretaker town union without the involvement of all the parties.

The development did not go down well with a larger section of the community, who described the move as pouring petrol on fire.

Our correspondent reports that a meeting called by the monarch, during which he would have announced the constitution of a town union, came to an abrupt end as soon as he sighted journalists. He zoomed off from the meeting, sparking a spontaneous protest from the people.

Speaking to journalists on the development, a community leader, Engr. Ignatius Ugwu, who is the Chairman of Nguru Nsukka Development Union, described the actions of the monarch as unfortunate.

Going down memory lane, Ugwu said “the kindreds that make up the community were asked to bring two representatives each, and that was in June, they complied; those two names were supposed to form the town union. He gave the villages deadline, 15th of the same June, the villagers met that deadline.

“After that, the representatives of the communities were waiting to hear from Igwe when to inaugurate the town union, what we heard was that the Igwe went to Church and announced that people should come and take forms, collect forms with a token before the election. He announced this on Sunday and said election is going to hold on Tuesday, we discovered that there is something there. We protested that it was not going to work.

“Secondly, after that, he went to the church and announced again that if he sees any person gathering in the name of town union, that he will make sure that they go to jail. Along the line, we wrote another petition, to the governor and security agencies, urging them that those representatives should be allowed to go and form the town union.”

“The funniest thing is that those he appointed are still his cabinet members; that is the most annoying thing that is making the youths angry.

“He was to announce it here but immediately he saw journalists he zoomed off; so why is he afraid of the media; that’s why we are protesting, saying there must be election before we can have town union in this community.

“What we want is for the governor to come to our aid, to direct the Igwe to do what is noble; to allow the town union to do their election and bring out who is going to be our President-General.”

While corroborating Ugwu’s stand, Mr. Ikem Okuhu, a special assistant to Gov. Ifeanyi Ugwuanyi on communications lamented that the embattled monarch was setting the community on fire.

According to him, “Our community is charged because our Igwe is charging it; our Igwe who was democratically elected, we went to the primary school there and cast our votes for our Igwe and he won and election, but today, he does not want a democratic process in our community.

“The Igwe is working hard to impose a town union on the people and we have cautioned him on the implications of doing such. We had advised him against such move, I personally went to him and told him the implications of what he was doing, he refused to listen.

“Meanwhile, before now, the representatives from the 10 kindreds, 2 of them each and four from the outposts, making it 24, were earlier selected and they had held their first meeting, whatever made the Igwe now change his mind on them is what we don’t know.

“He started printing forms again, and even asked people to pay money to obtain the forms; he announced it in the church that anybody interested should go and buy form. He went ahead to fix election for a Tuesday, but we kicked against it, telling him that it was not ideal to hold such exercise on a working day, even the election that brought him in was held on a Sunday. So, he abandoned that one again.

“Now, all the elders in the village had about two weeks ago, told the representatives that it was time to start working, but what we heard was that the Igwe went behind and clandestinely selected some people to be town union leaders and that he had actually gone ahead to Enugu to get authorization from the ministry of rural development to become a town union.

“We heard that they have collected certificate from Enugu, when this is the place where Nguru holds their meeting from ages ago, this is ‘Otobo Imoro’, this is where the town union should be inaugurated and their certificates given; so, what they did was that they now called the meeting of Nguru people to announce to them today that they have selected their town union. Who voted for the town union?”

“We insist that our community have selected 24 people to represent us; those 24 must form a town union, otherwise the struggle we go on from here, legally and legitimately, until the Supreme Court rules in their favour, they won’t have their way,” Okuhu added.

Meanwhile, efforts made to reach the monarch as of the time of filing this report was unsuccessful but one of his close confidants, who pleaded for anonymity, confirmed to journalists that a caretaker town union had already been inaugurated and certificate issued to them.

He further claimed that the process was with the approval of Governor Ugwuanyi.