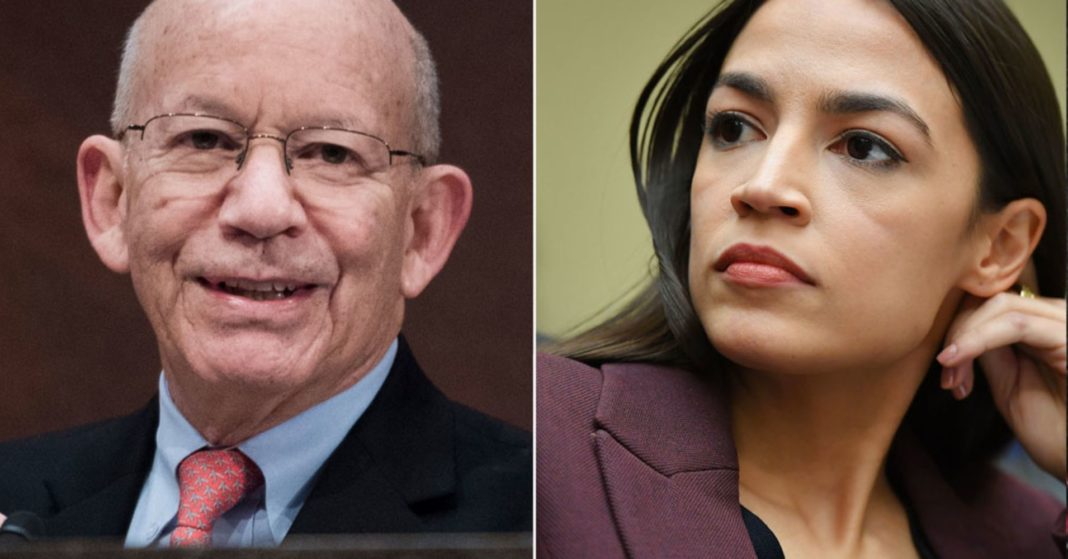 House Democrats are reintroducing their proposal of a financial transaction tax on stock, bond and derivative deals, and this time they’ve signed on a key new supporter: left-wing firebrand Rep. Alexandria Ocasio-Cortez.

Rep. Peter DeFazio, D-Ore., is leading the effort to bring back a bill, titled the “Wall Street Tax Act of 2019,” which slaps a tax on securities transactions and could have a particular negative effect on high-frequency traders. Ocasio-Cortez, D-N.Y., is the lead co-sponsor. DeFazio is expected to file the bill on Tuesday.

“What we were looking at is if there’s a sweet spot when you do a financial transaction tax,” DeFazio told CNBC in an interview. “This would pretty much be a sweet spot. You would be discouraging high-frequency trading, and this would definitely impede on their business model.”

A spokeswoman for Ocasio-Cortez confirmed she is co-sponsoring the bill. A spokeswoman for DeFazio noted that at least 12 others have signed on as co-sponsors, including Democratic Reps. Ro Khanna of California, Jim McGovern of Massachusetts, Rosa DeLauro of Connecticut, and Pramila Jayapal of Washington.

The Joint Committee on Taxation estimates a financial transaction tax could help reduce the budget by adding revenues of $777 billion over the course of 10 years.

“This option would increase revenues by $777 billion from 2019 through 2028, according to an estimate by the staff of the Joint Committee on Taxation,” the Congressional Budget Office’s website says. “The tax on financial transactions would reduce taxable business and individual income.”

The last time DeFazio, the chairman of the House Transportation and Infrastructure Committee, tried to get a similar piece of legislation to the floor was in 2017, with the goal of avoiding another “flash crash.” In May 2010, U.S. stock indexes plunged and then suddenly recovered in a matter of about 30 minutes. During the brief crash, the Dow Jones Industrial Average took a dive of 9 percent.

At the time of the bill’s introduction two years ago, Democrats were not the majority in the U.S. House of Representatives and did not have as many outspoken critics of billionaires and the financial industry, such as Ocasio-Cortez, on their side. Then DeFazio’s proposition was to levy a 0.03 percent tax on market purchases. That proposal, called “Putting Main Street FIRST: Finishing Irresponsible Reckless Speculative Trading Act,” never made it past being referred to the House Ways and Means Committee.

The House bill comes on the heels of its companion legislation introduced by Sen. Brian Schatz, D-Hawaii, in the other chamber. Republicans have a 53-47 majority in the Senate.

Other countries, such as Australia, Belgium, France, Italy, South Korea, Switzerland, and the United Kingdom, have already implemented taxes similar to those being proposed by DeFazio and Schatz.

Ocasio-Cortez, who won her seat during the midterms last year, has advocated for increasing taxes on the wealthy.

Earlier this year, she said she backed the idea of a 70 percent marginal tax rate on income over $10 million. That concept triggered concern among the wealthy elite, including those who took part in the World Economic Forum in Davos, Switzerland.

“It’s scary,” Scott Minerd, global chief investment officer for $265 billion Guggenheim Partners, told CNBC at the event. “By the time we get to the presidential election, this is going to gain more momentum.”

A poll found that 59 percent of voters were in favor of the idea, and even 45 percent of Republicans liked it.

Democratic candidates running for president have also set their sights on taxing millionaires and billionaires.

Sen. Elizabeth Warren, for instance, introduced the idea a wealth tax of 2 percent on households with more than $50 million in assets and 3 percent for households worth $1 billion or more.