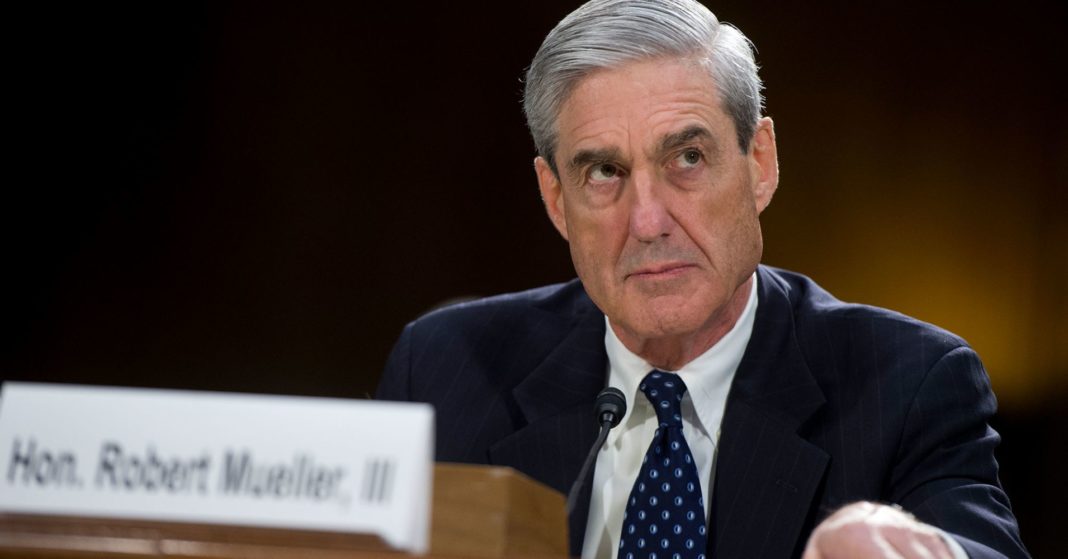 Barr’s decision not to recuse himself follows guidance from “senior career ethics officials” at the Justice Department, the spokeswoman said.

It also contrasts with the decision by his predecessor as attorney general, Jeff Sessions, to recuse himself from the Mueller probe.

The special counsel is investigating Russian interference in the 2016 presidential election, possible collusion by the campaign of President Donald Trump, possible obstruction of justice by Trump, and other issues. Trump denies any wrongdoing.

Last year, while working as a lawyer in private practice, Barr sent the Justice Department an unsolicited memo that criticized Mueller’s investigation into possible obstruction by Trump as “fatally misconceived.”

“Following General Barr’s confirmation, senior career ethics officials advised that General Barr should not recuse himself from the Special Counsel’s investigation,” the Justice spokeswoman said. “Consistent with that advice, General Barr has decided not to recuse.”

During his confirmation hearings, Barr had said that if Justice ethics officials urged him to recuse from overseeing the Mueller investigation, but he disagreed with their recommendation, he would not follow it.

But Barr also said he “absolutely” would guarantee that Mueller would not be fired as special counsel without good cause. He also said it would “unimaginable” for the former FBI director Mueller to do anything that would warrant termination.

Sessions had recused himself from overseeing probes related to Russian election interference because of his own contacts with Russia’s ambassador to the United States during the election while supporting Trump as a U.S. senator from Alabama.

Sessions’ recusal, combined with the firing of FBI Director James Comey by Trump in early 2017, set in motion the appointment of Mueller as special counsel by Sessions’ deputy, Rod Rosenstein that year.

Mueller’s probe and Sessions’ recusal have continued to deeply anger Trump, who raged repeatedly against Sessions on Twitter.

The president has repeatedly called Mueller’s investigation a “witch hunt” and this past weekend called it illegal. Trump has pushed back against the conclusion reached by U.S. intelligence agencies that Russia interfered with the election at all.

Sessions was forced out by Trump in early November. Sessions’ chief of staff, Matt Whitaker, took over running the Justice Department as acting attorney general.

Whitaker did not recuse himself from overseeing Mueller’s investigation despite a Justice Department ethics official recommending that he do so because of his past criticism of Mueller’s probes.

There has been widespread speculation that Mueller is winding down at least one part of his investigation, and that he soon will submit a report on his work to the Justice Department.

That speculation, in turn, has led to demands by Democrats that Mueller’s report be given to Congress and made public.

During his confirmation hearing in January, Barr said, “I believe it is vitally important that the special counsel be allowed to complete his investigation.”

“I also believe it is very important that the public and Congress be informed of the results of the Special Counsel’s work. For that reason, my goal will be to provide as much transparency as I can consistent with the law,” Barr said.

“I can assure you that, where judgments are to be made by me, I will make those judgments based solely on the law and will let no personal, political or other improper interests influence my decisions.”