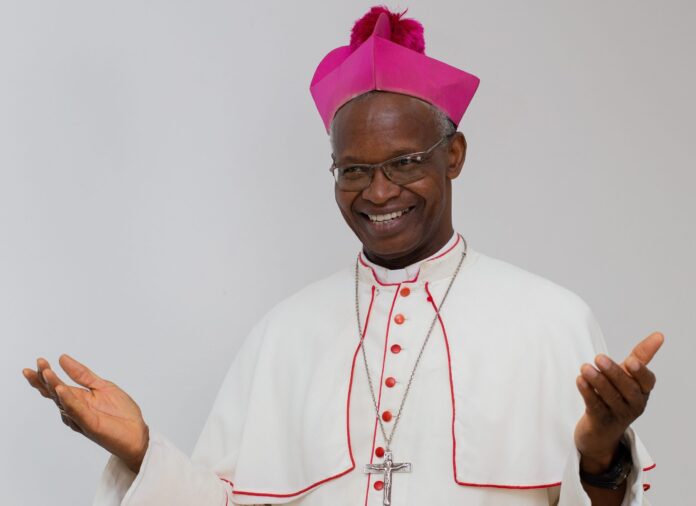 The Symposium of Episcopal Conferences of Africa, and Madagascar (SECAM) has elected His Eminence Richard Kuuia Baawobr of Ghana as its new President.

Cardinal Baawobr is now the highest-ranking member of the Roman Catholic Church in Africa, succeeding His Eminence Philippe Cardinal Ouédraogo from Burkina Faso.

The cleric was elected in Accra, Ghana, during the 19th Plenary Assembly of SECAM, the association of Catholic Bishops of Africa, Madagascar, and the Islands.

In attendance were 130 participants, including cardinals and bishops representing over 600 catholic bishops of Africa.

Cardinal Fridolin Besungu Ambongo of the Archdiocese of Kinshasa, in the Democratic Republic of Congo, was elected First Vice-President.

Most Rev. Lucio Andrice Muandula of the Diocese of Xai Xai, in Mozambique, was elected Second Vice President.

Most Rev. Emmanuel Badejo, President, Pan-African Episcopal Committee for Communications, said it is the first that a Ghanaian has been elected SECAM President.

Established in 1969 in Kampala, Uganda, during the visit of St. Pope Paul VI, the body was formed to present African Catholic Bishops’ positions on matters pertaining to the Church in Africa.

It is headquartered in Accra and consists of eight regional associations including Central Africa (ACEAC), Central African Region (ACERAC), and Egypt (AHCE).

Baawobr and 20 other priests were nominated as Cardinal by Pope Francis on May 28, 2022. They would be inducted at a consistory on August 27.

The new SECAM leader will become the third Ghanaian Cardinal after the late Cardinal Peter Dery and His Eminence, Peter Cardinal Appiah Turkson.