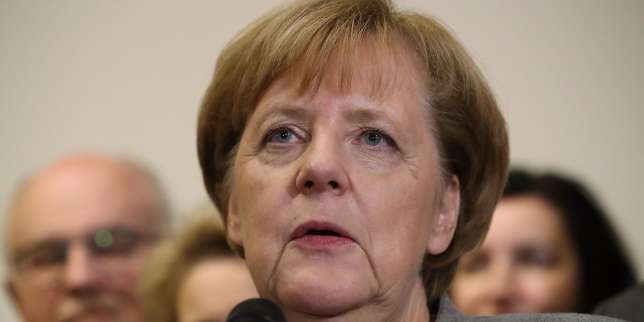 Germany’s Chancellor Angela Merkel said that she favors holding new elections, and is “skeptical” about the idea of forming a minority government.

During an interview with German public broadcaster ARD, Merkel said that holding new elections would be “the better path.” When asked about forming a minority government, Merkel said she was “skeptical,” and would need to consider the prospect very carefully.

The FDP’s leader, Christian Lindner, said there was no “basis of trust” with Merkel’s conservative Christian Democratic Union/Christian Social Union bloc and the left-leaning Greens, the BBC reported.

Merkel admitted that the major obstacle to a three-way deal was immigration, according to Reuters. Merkel was forced into negotiations after support for her party dropped in September’s election following backlash for her “open door policy” towards refugees put in place in 2015.

In January, an Insa poll revealed popular support for Merkel had sharply dropped, and that 40% of Germans surveyed wanted Merkel to resign due to the open door policy.

With the FDP refusing to join the coalition, Merkel may be forced to form a minority government or hold a fresh vote just months after the latest elections.

Germany voted to form a new government in September, and Merkel was elected for a fourth term as chancellor. Merkel’s conservative bloc won 32.5% of the vote, according to Reuters, making it the largest parliamentary group.

The elections also brought a far-right party, the Alternative for Germany, into Germany’s parliament for the first time since the 1960s. All other parties elected to the Bundestag refuse to work with the AFD, Reuters reported, because of its harsh stance on refugees and migrants.

Merkel’s failure to secure a coalition sheds light Germany’s growing support for nationalist philosophies, evidenced most notably by polling taken in February 2016, in which anti-immigrant AfD had the third highest approval rating in Germany, after Merkel’s CDU/CSU bloc and her former coalition allies the Social Democrats (SPD).

German leadership is seen as crucial for the EU, which has seen a sharp shift in right-wing politics across borders, and is dealing with Britain’s impending departure via Brexit.