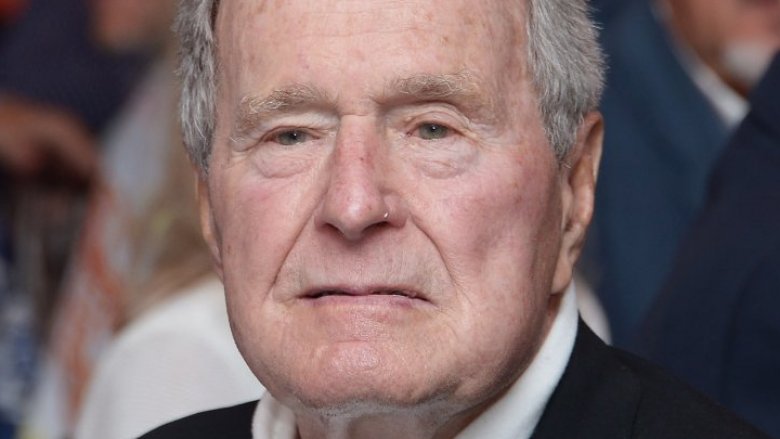 George H.W. Bush has been admitted to a hospital in Maine.

The former president’s spokesperson, Jim McGrath, took to Twitter on Sunday, May 27, 2018, to announce that George H.W. has been hospitalized after experiencing low blood pressure and fatigue.

“President @GeorgeHWBush was taken to Southern Maine Health Care (@SMHCHealth) today,” McGrath wrote. “He will likely remain there for a few days for observation. The former president is awake and alert, and not in any discomfort.”

President @GeorgeHWBush was taken to Southern Maine Health Care (@SMHCHealth) today after experiencing low blood pressure and fatigue. He will likely remain there for a few days for observation. The former president is awake and alert, and not in any discomfort.

As Nicki Swift previously reported, George H.W., 93, was hospitalized in Houston last month after an infection entered his bloodstream. He was admitted on April 22, just days after his wife of 73 years, Barbara Bush, had passed away on April 17. She was 92 years old. At the time, his spokesperson had tweeted, “He is responding to treatments and appears to be recovering. We will issue additional updates as events warrant.”

A few days later, McGrath shared another health update via Twitter, announcing that George H.W. had been “moved from the intensive care unit at Houston Methodist Hospital to a regular patient room, and is expected to continue his recovery there for several more days. He is alert and talking with hospital staff, family and friends, and his doctors are very pleased with his progress.”

The spokesperson continued, “President Bush naturally thanks everyone for their prayers and good wishes. He also wants to assure everyone that, as good as he feels now, he is more focused on the Houston Rockets closing out their playoff series against the Minnesota Timberwolves than anything that landed him in the hospital.”

According to CNN, the former president was discharged on May 4.

Following Barbara’s passing, George H.W. stated, “I always knew Barbara was the most beloved woman in the world, and in fact I used to tease her that I had a complex relationship about that fact. But the truth is the outpouring of love and friendship being directed at The Enforcer is lifting us all up. We have faith she is in heaven, and we know that life will go on — as she would have it. So cross the Bushes off your worry list.”