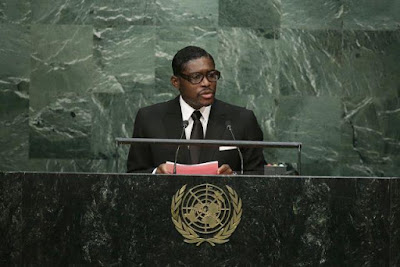 A French public prosecutor on Wednesday asked a court to sentence the son of Equatorial Guinea’s president to three years in jail on charges of embezzling $115 million from his country to buy Parisian luxury properties and exotic cars.

Teodorin Obiang, who’s the Vice President of Equatorial Guinea and the eldest son of President Teodoro Obiang denied the charges of laundering embezzled public funds. He is being tried in absentia. 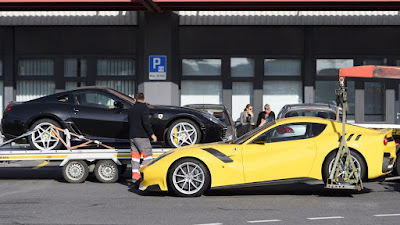 The French authorities investigating the possibly illicit purchases of French assets by African leaders, estimate that Teodorin’s collection of cars, real estate, and other items are worth more than €100 million (about $115 million). The prosecutor is also seeking a €30 million fine for Teodorin.
The Prosecutors allege that Teodorin stole at least $115 million from the country while serving as agriculture minister for his father, who first took power in 1979.
Among the acquisitions at the centre of the trial are a large property bought for 25 million euros ($28.31 million)in 2005 on Paris’s upmarket Avenue Foch, with gymnasium, steam room, hairdressing studio and a discotheque with cinema screen.
In addition, prosecutors say Obiang built up an exceptional collection of costly cars, which along with clothes, jewels and real estate took the value of all his assets to around 100 million euros.
According to Reuters, the case is the first of several to reach court in a broader judicial investigation into allegations of illicit acquisitions in France by long-time leaders and family relatives in several African countries including Gabon and the Congo Republic.
The court’s ruling is expected to come at a later date.

Over the past few years, European authorities have seized some of Obiang’s properties including a $120 million 76-meter yacht, called Ebony Ice, and a fleet of some of the world’s rarest cars, and a mansion in Paris, complete with a club, gold-plated bathrooms, and original paintings by Degas and Renoir.
In a previous settlement with US authorities, Obiang handed over more than $30 million in assets, including a villa in Malibu, California and luxury cars. He was able to keep Michael Jackson collectors items including a crystal glove Jackson once wore.
Share
Facebook
Twitter
WhatsApp
Pinterest
Linkedin
ReddIt
Email
Print
Tumblr
Telegram
Mix
VK
Digg
LINE
Viber
Naver
Previous articlePhotos: 22-year-old Ghanaian farmer whose wife gave birth to quadruplets is contemplating suicide
Next articlePhotographer sues Kendall and Kylie Jenner over Tupac photos used in their T-Shirt line