‘Follow the evidence, find the truth’ goal of reinvestigation of deaths of 9 Indigenous people in Thunder Bay 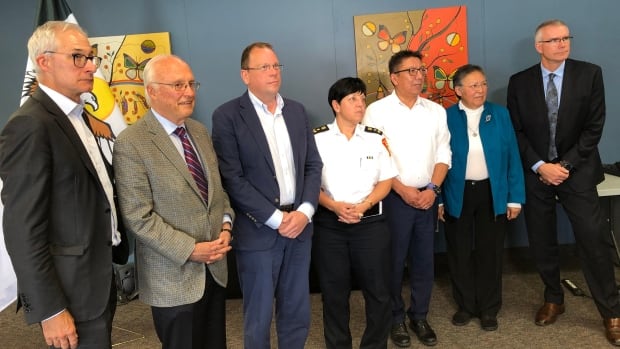 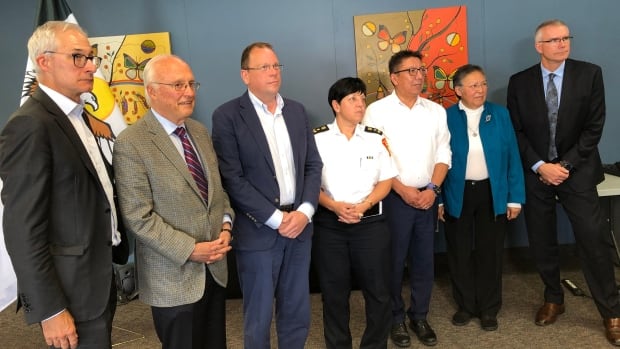 A dedicated group of officers from the Thunder Bay Police Service (TBPS) and the Nishnawbe Aski Police Service (NAPS) are reviewing the old case notes and will soon be starting new investigations into the deaths of nine Indigenous people in the northwestern Ontario city, the team’s leader announced Wednesday.

The re-investigations were recommended in the 2018 final report from the Office of the Independent Police Review Director, which examined systemic racism in the TBPS.

“These are nine people involved and.. families will want to see how, and if, a wrong can be made right,” said Elder Helen Cromarty, a member of the executive governance committee overseeing the new investigations.

Her job, as she sees it, is to offer support, guidance and advice to everyone involved, and that includes providing a deeper understanding of Anishnawbe spirituality and customs.

“One of the things that I’ve noticed in my years is their closeness to the land and the water. As many of you know already, the Nishnawbe Aski Nation means The People and Their Land and often when they do have problems they go to the earth, their land,” she said.

We hear from some of the people who are part of the diverse group overseeing the re-investigation of the deaths of nine Indigenous people in Thunder Bay. 7:35

New insights, such as Cromarty’s, may prove valuable to the blended investigative team, which is led by Ken Leppert, a retired Ontario Provincial Police (OPP) detective superintendent.

“Our commitment is to find the truth and follow the evidence,” said Leppert, who acknowledged that because of previous experiences with the police some people may be reluctant to cooperate with these new investigations.

Police say humbly ‘we’re here to ask for your help’

“We will go to them from a very candid, a very humble perspective to say we realize there are things that could have been done differently,” he said. “But we’re here to be transparent, we’re here to ask for your help, we’re here to take ownership of where we’ve fallen short, but in order to do that we ask for your cooperation in trusting us with your information.”

Leppert noted as well that “the standards of investigation today, for all Ontario police services, are much higher than they were 19 years ago,” adding that officers will also be drawing on advancements made in the areas of analytics and forensics, especially regarding bodies found in the water, as is the case for a number of the deaths in Thunder Bay.

There are a variety of new techniques which can shed light on everything from “identification of the body if the body is decomposed, all the way through to determining whether or not somebody has drowned or whether or not some antecedent process has occurred such as intoxication with drugs or alcohol, or injuries that have left the person vulnerable to drowning,” said Dr. Michael Pollanen, the chief forensic pathologist for Ontario and a member of the executive committee.

Colton Accepts Rachel’s Podcast Invite to Point Out Her ‘Hypocrisy’

He also explained reviewing these cases individually and “beside each other may provide some insights.”

Leppert said he will be offering regular updates to the families, their communities and the governance committee, which is expecting to release a final report on the reinvestigations in July 2020.