Low number of federal LGBTQ candidates in parts of Canada shows still ‘a lot of work to do,’ candidates say 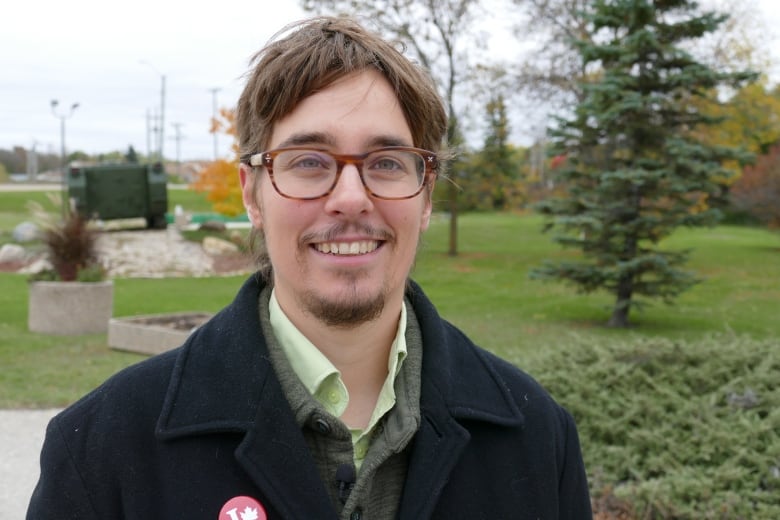 Trevor Kirczenow is concerned about the state of the environment and the world he and his husband’s two kids will inherit if more isn’t done to combat climate change.

That’s one reason why he is running for office this federal election, but the 33-year-old transgender dad and farmer also cites a desire to see more LGBTQ representation in politics as an important influence.

“Diversity in representation is important and that’s because I feel that our elected representatives need to reflect our whole population,” said Kirczenow, who is running for the Liberals in the Conservative stronghold of Provencher in rural southeastern Manitoba.

“If they don’t, then I feel like our democracy is missing something and it’s weaker because of that.”

Of the 84 LGBTQ candidates nationwide confirmed by five parties in the federal election, Kirsczenow is one of only three running in Manitoba.

“I think it really shows that we still have a lot of work to do,” he said.

Those numbers stem from a CBC News request in recent weeks for names and ridings of LGBTQ candidates running for the Conservatives, NDP, Liberals, Greens and People’s Party of Canada.

Four parties provided data, and while CBC News was able to identify two gay candidates running for the PPC, a party spokesperson said “we don’t keep track of this sort of things about our candidates.”

The NDP (40) and Greens (28) are fielding the most LGBTQ candidates; the Liberals (10) trail in third; and the Conservatives (four) are in fourth, followed by the PPC (two).

Meanwhile the Greens said only half of their LGBTQ candidates (14) were comfortable being identified, and the NDP requested the names and ridings of five of its 35 LGBTQ candidates not be published.

“The NDP will always respect the choice of our candidates not to publicly share information about their sexual orientation or gender,” and NDP spokesperson said in a statement.

“I would expect that the numbers would be uneven across Canada both in terms of candidates saying their identity openly to their voters or people just not feeling comfortable running in that type of culture,” he said.

Adams said the electoral process often lags behind the rest of society in part because those with the most influence in parties tend to be older and get to “cherry-pick” where they run.

“It used to be that if you’re a certain part of the population you’d often be thrown into ridings which are unwinnable,” he said.

“That was the case with women in politics about 40 years ago, in some parts of the country it probably still is the case, and it’s probably the case with gay and transgender candidates. It’s taking them a while to break into the party ranks and be nominated in the winnable seats.”

Mike Tutthill, executive director at Rainbow Resource Centre, said it’s important for any marginalized community to see itself represented in the political sphere.

But he echoed Adams in saying often parties still field the most marginalized candidates in “unwinnable” ridings.

“Even within LGBTQ communities,” he says, “we still continue to see a number of white gay and lesbian people [elected], but we less often see trans folks or two spirit folks represented [or] people of colour represented as well that are at the intersection of those marginalizations,” he said.

The three LGBTQ Manitoba candidates are running in two rural ridings that have long gone Tory blue on election day.

In Brandon-Souris in western Manitoba, LGBTQ candidate Ashley Duguay is running for the NDP. Alongside her is People’s Party of Canada candidate Robin Lussier, a gay Métis man. Other candidates in the riding include incumbent Conservative candidate Larry Maguire, Terry Hayward for the Liberals, Bill Tiessen for the Greens, Rebecca Hein with the Christian Heritage Party, and Robert Eastcott and Vanessa Hamilton are running as independents.

Multiple requests to the NDP for comment from Duguay were not returned by publication.

Lussier, a retired-Armed Forces veteran who spent 32 years in the military, notes women, visible minorities and LGBTQ people need to be better represented in Ottawa.

He said he has mostly encountered support on the campaign trail from constituents in Brandon-Souris, though it hasn’t all been positive.

The fact that there are so few LGBTQ candidates running in parts of the country shows Canadian politics still has a ways to go, Lussier said. He understands why some might be discouraged from ever running.

“I’m certain the amount of hate and evil that I’ve received since becoming a federal candidate would generally, probably, put people off to try to run in federal politics,” he said.

“But I think we do need better representation from all diverse groups.”

‘My family is equal’

Kirczenow said his riding is “incredibly diverse” and the farmers, small business owners and all community members need to be supported, especially amid recent droughts that have made life a challenge for those making a living off the land.

Trevor Kirczenow, a candidate running in the federal riding of Provencher, says addressing the effects of climate change on local farming communities ranks on his list of priorities. 0:47

He points to the absence of any local elected political leaders in attendance at the inaugural Steinbach Pride Parade in 2016 as a catalyst for his political ambitions.

Falk cited “values of faith, family and community” among his reasons for not going.

“I have a family, I have two children of my own, and it made me feel like my family isn’t a family, or that he doesn’t think that my family is equal to other types of families,” said Kirczenow.

“Sometimes people will ask, ‘Well, why do you even need a pride parade, why do you need the support that you’re asking for?’ But those numbers … demonstrate exactly why we do, because our representation is not close to what it should be at this point .”

CBC News reached out to Falk’s campaign for comment but never heard back.