Failure of immunisation in Nigeria, disturbing 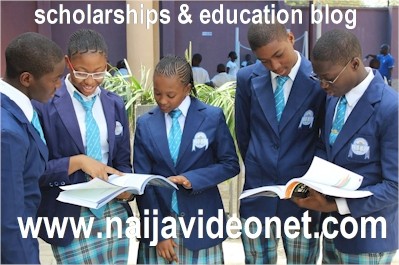 FAR too slack in implementing its policies, Nigeria’s notoriety for spurning scientifically-proven solutions to its health needs has provoked international anxiety. Notably, two United Nations agencies have raised a fresh alert about the failure of immunisation in the country. The World Health Organisation and United Nations Children’s Fund blame a host of factors for the costly negligence. Diseases are escalating here because immunisation programmes are handled with levity. Therefore, the three tiers of government and stakeholders in the health sector need to redefine their strategies for a sustainable immunisation programme.

WHO and UNICEF raised the alarm at the 2017 African Vaccination Week, a strong signal of Nigeria’s deteriorating health indicators. Putting it in proper perspective, UNICEF said, “Ignorance, religion, culture and rumour are some of the reasons for the failure of nursing mothers and pregnant women to complete their immunisation schedule….” Immunisation, a bulwark against deadly diseases like tuberculosis and diphtheria, is also failing in Nigeria because of inadequate funding and corruption.

According to UNICEF, because of shortages, 88 per cent of women are reluctant to vaccinate their children. This is terrible. At 13 per cent immunisation rate for children between 12 and 23 months, Nigeria has the lowest vaccination rate in Africa, going by a UNICEF report. The country’s abysmal record was vividly evident in the 2013 statistics by the global agency, which estimates that Nigeria loses about 2,300 under five-year- olds and 145 women of childbearing age in a day, making it the second largest contributor to the under-five and maternal mortality rate in the world. In 2000, 800 Nigerian women died during childbirth out of 100,000 live births.

Yet, the indices are getting worse. Diseases like whooping cough, tuberculosis, diphtheria, polio, chicken pox and measles, some of which have been totally eradicated in several parts of the world, are still wasting away lives here because of the failure of immunisation. A disturbing May 2017 survey by the Abuja-based coalition, the Association for the Advancement of Family Planning, concluded that 90 per cent of women in northern Nigeria delivered their children at home because they did not have access to antenatal care, hospital and transport fees.

It is a confirmation that the worst cases of healthcare failure occur persistently in the North-West and North-East. Of the six regions, the North-East has the highest maternal mortality rate of 1,549/100,000 live births, compared to 165/100,000 live births in the South-West – an almost 10-fold difference – says UNICEF. This is very tough for the families that have lost their children, wives and mothers.

Immunisation was developed to prevent diseases, not to cure them. It protects children from contracting a broad range of dangerous diseases, including hepatitis and cervical cancer. Described as one of the greatest breakthroughs in modern medicine, British health authorities say “no other medical intervention has done more to save lives and improve quality of life.” For instance, small pox, which killed thousands of Europeans in the 18th century, was wiped out in 1980 through vaccination. If it were still common, it would have led to two million deaths annually.

WHO says that through immunisation, two to three million children are saved from vaccine-preventable deaths annually. The global measles mortality has declined by 79 per cent from 651,600 deaths in 2000 to 134,200 in 2015 as a result of immunisation. In 2016, a 22-year strategy saw the United States becoming the first country to eradicate measles. Finland’s determined immunisation drive has wiped out measles, mumps and rubella. With extensive vaccination, only Afghanistan, Pakistan and Nigeria still had cases of polio as of 2016.

The challenges before Nigeria are tough. First, vaccines are expensive. According to WHO, a dose of MMR costs £200. The National Primary Healthcare Development Agency, at the height of the meningitis outbreak, a disease which had killed 813 from 8,000 infections as of April, said that Nigeria required $1.1 billion to procure vaccines to stem the persons fatalities. Therefore, government at all levels ought to allocate more resources to the sector, and also manage the funds more transparently, devoid of corruption that allows officials to sell vaccines, meant to be distributed free to those in need, at exorbitant prices.

Second, Nigeria has to get serious about the political, social and technical constraints bedevilling immunisation campaigns. It should step up efforts to make vaccines widely available across the country and motivate health workers to penetrate the rural areas. Experts believe that immunisation is inextricably tied to politics, lifestyle, religious beliefs, culture and trust of authority, in conjunction with access. In Nigeria, many people still believe that some vaccines are capable of causing sterilisation and other ailments. Their minds need to be disabused because they are not alone in this belief.

We need an integrated awareness crusade to sensitise Nigerians to the benefits of immunisation. Government should target and weave the campaign around health organisations, religious leaders, educational institutions, the media and traditional institutions to achieve maximum impact.

Thankfully, the world of medical science is developing new vaccines to combat diseases. One of such is the malaria vaccine, which will be put on clinical trial in three African countries between 2018 and 2020. Through collaboration, Nigeria has to key in to such projects, and also develop the local capacity to produce vaccines in partnership with our research institutions and the universities.