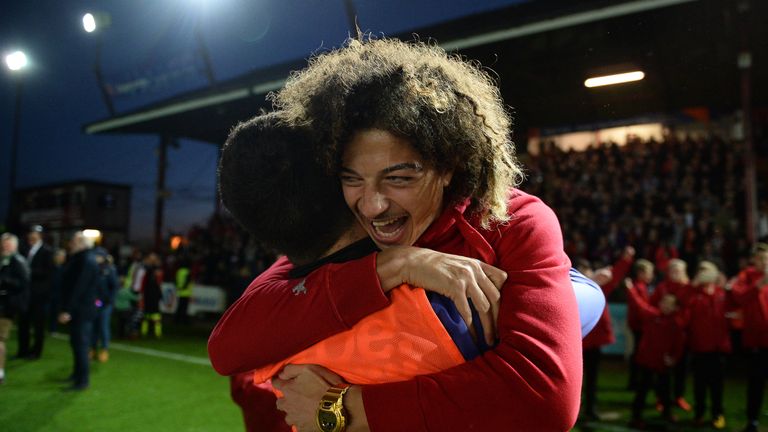 Chelsea are in negotiations over a compensation fee to sign 16-year-old Ethan Ampadu from Exeter.

The highly-rated teenager, who trained with the senior Wales squad ahead of Euro 2016, made 13 first-team appearances for the Sky Bet League Two club last season.

He has been free to talk to other clubs, having not yet signed scholarship forms at Exeter, who have announced he has signed a contract with Premier League champions Chelsea. Ampadu trained with Wales’ senior side ahead of Euro 2016

As a product of the club’s academy and under the age of 24, Exeter are due compensation for the youngster and they are hoping “a fee can be agreed between Chelsea and Exeter City without the need to go to a tribunal”, according to a statement.

“He had many options available to him and has decided that Chelsea provides him with the best opportunity to develop the next step of his career. We wish him the very best of luck.

“Ethan is another in a long line of home grown players to graduate through our academy into our first team. At Exeter City FC we will continue to support our youth system by encouraging and promoting our young players into competitive senior football when they are ready.”

Ampadu made his debut for Exeter aged 15 years, 10 months and 26 days, against Brentford last August and has been capped by Wales at Under-17 and Under-19 level