Everything we know about ‘The Walking Dead’ season 8 so far 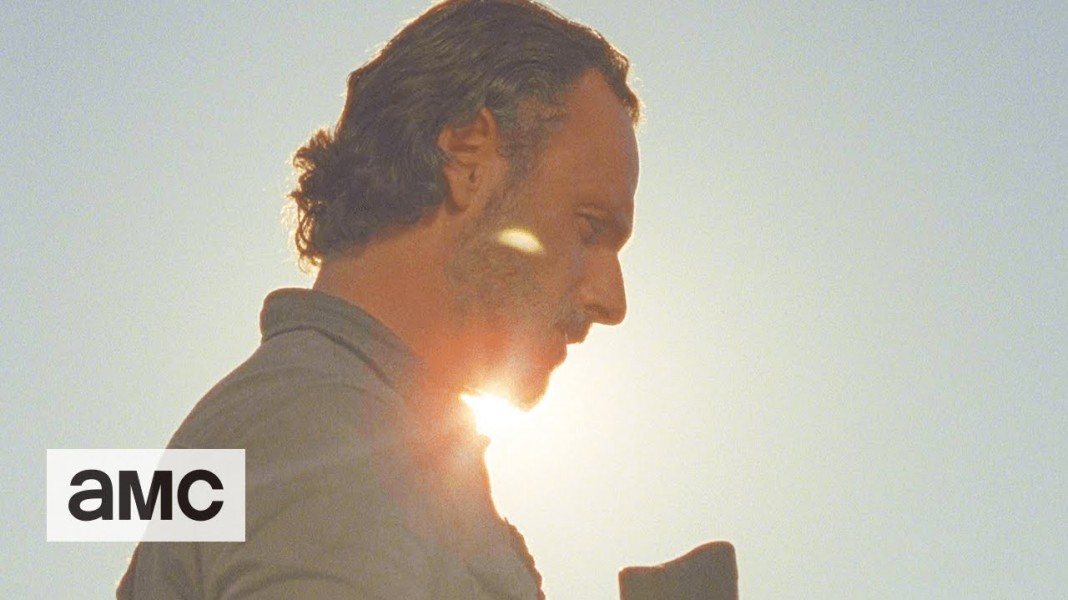 The post-apocalyptic adventures of former sheriff’s deputy Rick Grimes and his ragtag group of survivors in a zombie-infested world have made The Walking Dead one of television’s most popular shows, so it’s no surprise that the award-winning AMC series — based on the comic book series of the same name created by Robert Kirkman — is returning for an eighth season.

Scheduled to premiere October 22, 2017, The Walking Dead season 8 picks up on the brink of all-out war between several united groups of survivors — with Rick (Andrew Lincoln) leading one faction — and the brutal army of “Saviors” led by the despicable Negan (Jeffrey Dean Morgan). With freedom at stake, the conflict that simmered throughout season 7 is finally about to boil over, and if there’s anything fans of The Walking Dead know to expect, it’s that they’ll likely have to bid farewell to some key characters once the battle begins.

Here’s everything else we know about season 8 of The Walking Dead so far:

Just a day after the season premiere, AMC released a preview of what’s to come in future episodes — beginning with a shot of Rick and Daryl heading off in opposite directions on a lonely forest road.

The sneak peek at season 8 also features a stirring speech by Ezekiel (Khary Payton) and various scenes of Rick and his allies preparing for their battle against Negan.

And when we were mere days before the season premiere, AMC released a clip from the upcoming episode that kicks off the “all-out war” looming for the show’s cast of characters.

The clip features Morgan (Lennie James), Carol (Melissa McBride), and Daryl (Norman Reedus) preparing for the battle ahead, with the latter two characters agreeing that whatever happens, it might not be “fine,” but it will be better than the way things are now for them and their fellow survivors.

A few weeks before the season 8 premiere, AMC made sure to give The Walking Dead a big presence at 2017’s New York Comic Con. Along with a panel for the series stacked with popular cast members, the network also brought along some sneak peeks at the upcoming season. Fortunately for everyone who couldn’t make it to Manhattan, AMC also released the new teaser trailer and clip from season 8 online.

Titled We’ve Already Won, the teaser released ahead of the show’s NYCC panel features Rick giving a speech to inspire the group he’s leading into battle.

The clip from the upcoming season that was released during the panel features Carl investigating a mysterious voice he hears while scavenging for supplies at a gas station.

After appearing intermittently throughout season 7 of the series, the trio of Nacon, Ogg, and McIntosh were all promoted to regular roles for the eighth season.

Calm before the storm

In a clip from season 8 released by AMC in September 2017, Rick and the leaders of the groups about to take the war to Negan’s doorstep confer about the impending battle.

Along with offering a glimpse of what’s to come, the clip also hints at Rick’s willingness to let longtime traveling companion Maggie — who’s in the early stages of pregnancy — take the lead once the war is over. Could a change in the status quo be in the works in season 8? Only time will tell.

AMC generated quite a stir during its annual panel for The Walking Dead at Comic-Con International in San Diego by releasing the first trailer for season 8, but it was more than just the usual preview of things to come that got fans talking.

The trailer begins with some choice words from Negan that offer some helpful advice for both the unfortunate characters he encounters in the show and audiences headed into the show’s new season. The sneak peek ends with an ominous scene featuring the face of a bearded, gray-haired Rick as he seemingly wakes up from a deep sleep.

This “Old Man Rick” scene prompted all sorts of speculation, with some suggesting that it could be Rick waking up from the coma he’s been in since the show began — meaning that everything that’s happened has been a dream. That seems unlikely, though, and other fans insist that the scene is a reference to the story arc “A New Beginning” from Kirkman’s comic that unfolds several years after the war with Negan ended and the various settlements established a peaceful co-existence.

One thing seems certain: The mystery of the cryptic scene probably won’t be solved until season 8 kicks off.

It’s clear from all of the branding on the upcoming season that the series will draw heavily from Kirkman’s “All Out War” story line, which chronicled the battle between Negan’s forces and the groups led by Rick and the other communities’ leaders allied against Negan’s army.

The official synopsis for the season reads as follows:

Last year, Rick Grimes and his group of survivors were confronted with their deadliest challenge yet. With the comfort of Alexandria, they let their guard down, only to be reminded how brutal the world they live in can be. The introduction of Negan and the Saviors broke our group.

Feeling powerless under Negan’s rules and demands, Rick advocated the group play along. But seeing that Negan couldn’t be reasoned with, Rick began rallying together other communities affected by the Saviors. And with the support of the Hilltop and Kingdom, they finally have enough firepower to contest the Saviors.

This year, Rick brings “All Out War” to Negan and his forces. The Saviors are larger, better-equipped, and ruthless — but Rick and the unified communities are fighting for the promise of a brighter future. The battle lines are drawn as they launch into a kinetic, action-packed offensive.

Up until now, survival has been the focus of Rick and our group, but it’s not enough. They have to fight to take back their freedom so that they can live. So that they can rebuild. As with any battle, there will be losses. Casualties. But with Rick leading the Alexandrian forces, Maggie leading the Hilltop, and King Ezekiel leading the Kingdom — Negan and the Saviors’ grip on this world may finally be coming to an end.

Showrunner Scott M. Gimple also indicated (to Entertainment Weekly) that the eighth season will be a faster-moving, more action-oriented narrative as the main characters align themselves on one side or the other and their conflict shifts into high gear.

“It’s going to affect the structure in ways that make it a bit more kinetic, a bit more breakneck — shifting away from entire stories in one episode, and sort of fractured over several episodes, with little pieces of each story coming together,” he explained. “Things are going to move, and possibly not have the kind of deep dives into characters in single episodes, but rather laying out the pieces as we go on.”

Strangers that become friends (or enemies)

According to TV Line, two new characters will join the series in the eighth season.

Although casting has yet to be announced for either of the roles, the character descriptions offer a clue as to what sort of actors might fill the roles. The first character is named “Abbud,” and is a Muslim-American who has “spent a lot of time alone since the outbreak,” and his “nerves are jangled.”

The other character is named “Dillon,” and is described as “a sexy, blue-collar 20-something whose survival skills include sarcasm.”

The premiere episode of season 8 will also be the show’s 100th episode, and The Walking Dead has a history of shaking things up in its season premiere and finale episodes, so it stands to reason that the first episode of the new 16-episode season is going to be a big one.

Fan-favorite director Greg Nicotero (pictured above) — who began as the show’s makeup effects supervisor and eventually became an executive producer on the series — will direct the season 8 premiere. He has directed 20 episodes of the show so far, including some of the most recent season premieres and finales. The premiere episode is titled “Mercy” and its synopsis reads as follows: “Rick and his group, along with the Kingdom and Hilltop, have banded together to bring the fight to Negan and the Saviors.”

Update: We added a preview of the remainder of season 8.