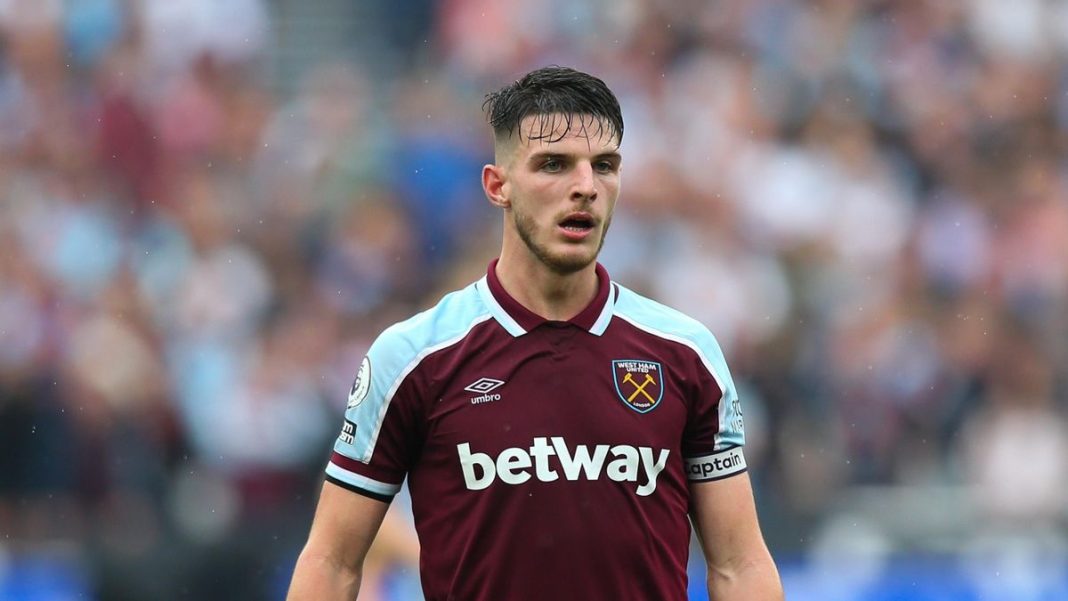 West Ham United captain, Declan Rice, has opted to remain at the London Stadium for at least another season amid interest from Manchester United and Chelsea, according to The Mirror.

The Mirror added that it was Rice’s “final decision” on his future and he will not leave the Hammers, despite interest from both Manchester United and Chelsea.

It is believed to be a decision that suits all parties.

West Ham are determined to keep Rice for another season, even though the England international has refused to sign a contract extension.

Rice will have two years remaining on his current deal with West Ham next summer.

However, West Ham will still be able to demand a sizable fee even if the 23-year-old doesn’t commit his long-term future to the club before then.