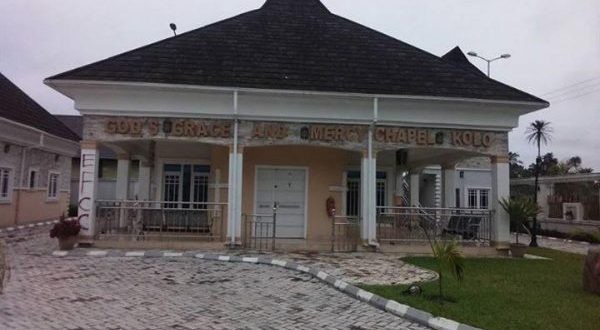 The Economic and Financial Crimes Commission has seized another property from George Turnah, a godson to former President Goodluck Jonathan.

The property, which is located at Citec Estate, Gwarinpa, Abuja, is a duplex. Although the EFCC has yet to evaluate the value of the property, sources told our correspondent that such property would go for between N70m and N100m.

As of Tuesday afternoon, the inscription, ‘EFCC, Keep off’ was seen across the fence and the gate of the building.

Last week, the anti-graft agency seized a mansion and some other properties allegedly traced to Turnah who is standing trial for an alleged N3bn fraud.

The commission also froze about seven bank accounts through which Turnah allegedly received billions of naira.

Justice Ibrahim Watilat had granted the interim forfeiture order based on an application filed before the court by the EFCC’s counsel, Adebola Olatunji.

Turnah, together with seven companies, were arraigned on 12 charges bordering on obtaining money by false pretences, money laundering and abuse of office to the tune of N3, 094, 268, 235.69.

Meanwhile, some aggrieved youths in Bayelsa State on Tuesday staged a peaceful demonstration in Yenagoa, the state capital, in support of the EFCC.

The youths, particularly commended the anti-graft agency for the arrest and detention of  Turner.

On Tuesday, the angry youths, under the aegis of the Concerned Citizens of Bayelsa State, led by their coordinators, Chief Harrow Zuokomor and Mr. Abule Bethel, said Bayelsa was still in shock at the magnitude of funds seized from Turner by the EFCC.

The youths were armed with placards bearing inscriptions such as, ‘We thank the EFCC for exposing corrupt persons,’ ‘Enemies of Niger Delta exposed,’ ‘Well done EFCC’ and ‘George Turner impoverished Bayelsa State.’

The protesters, who started the solidarity march from the popular Ekeki Park to the state House of Assembly Complex and the Headquarters of the State Police Command, noted that they had read and seen reports of the funds allegedly diverted by Turner.

They pleaded with the EFCC to consider returning the money to the state.

Zuokomor, while submitting the group’s petition to the state Commissioner of Police, Mr. Asuquo Amba, for onward submission to the EFCC, expressed concern over the level of corruption among political appointees.

Addressing the demonstrators, Asuquo promised to deliver their message to the appropriate authorities.