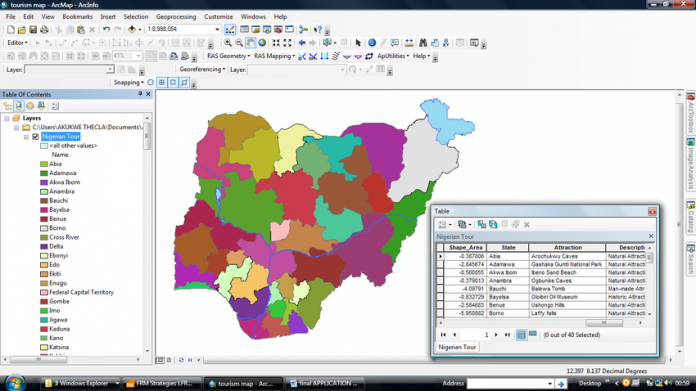 Gov. Godwin Obaseki of Edo on Monday said that his administration had commenced the generation of Geographic Information System (GIS) data for proper urban planning and development of the state.

Obaseki said this in Benin when he received the executive members of the Edo chapter of Nigerian Institute of Town Planners (NITP) who paid a courtesy call on him.

He said that the government had awarded the contract for the generation of the GIS data which would be used by the end of the first quarter of 2018 for modern urban planning purposes.

He said bids would be opened to international organisations for investment in the planning and building of modern cities in the state that would compete with the major cities in the world.

Obaseki said that going by the emphasis which his administration had placed on urban planning matters, the Ministry of Lands had to be separated from the Ministry of Urban and Regional Planning.

He said that his administration was open and ready to work with the town planners in efforts to develop the state, particularly in the utilisation of the GIS data.

Earlier, the state chairman of NITP, Mr Nosa Iyamu, said that the institute was established 51 years ago to advance town and country planning processes in all aspects.

Iyamu said that the institute had over the years made suggestions to successive administrations on how to correct some anomalies in the physical development of the state.

He appealed to the governor to preserve the Benin Walls and Moat as they were the historical monuments of the Benin people.