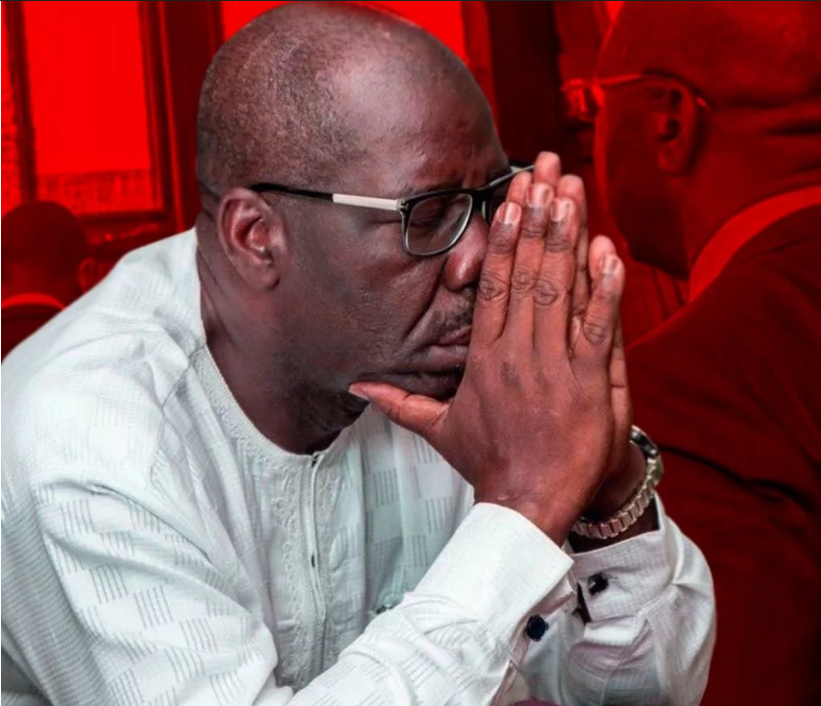 Edo: A Senior Special Assistant from Urhonigbe Southward 8, Faith Obasuyi, at the early hours on Friday, tendered her resignation letter from the services of the Edo State government.

Barr Faith in her resignation letter stated that the recent activities of the present administration led by Gov Godwin Obaseki will not lead to the actualization of development and the promotion of woman and girl-child interest.

According to her, ‘I’m, therefore, not persuaded that the recent activities of the Gov Obaseki administration can lead me to achieve these interests especially when the governor has now abandoned the APC on whose back he rode to power.

‘This decision is borne out of my desire to join forces with our great party, the APC to ensure the emergence of a true Orhionmwon man as governor come September 19th, 2020.” 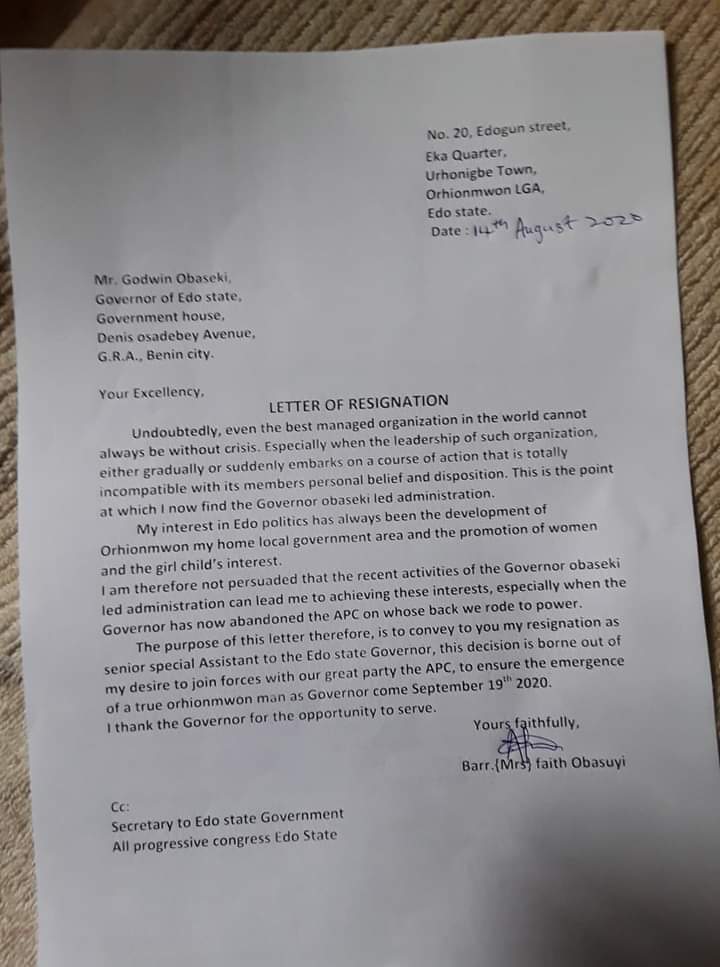