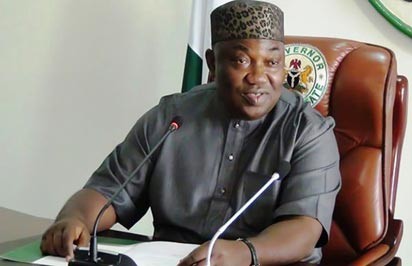 …says positive results clear for all to see

The Acting President, Yemi Osinbajo, on Monday took stock of the two years of the President Muhammadu Buhari’s administration and declared that positives results are clear for all to see.

Osinbajo said this in a national broadcast to commemorate the nation’s Democracy Day and second anniversary of the President Muhammadu Buhari’s administration.

He recalled that the administration outlined three areas including security, corruption and the economy for immediate intervention on assumption of office.

Although he admitted that the economy had remained the biggest challenge of all, he said the Federal Government had introduced several measures to revamp.

While he also admitted that the fight against corruption appeared slow because of the slow nature of the nation’s justice system, all hands are on the deck to ensure that all stolen funds are recovered and culprits brought to justice.

On security, he said the government’s achievements in the North East where the Boko Haram sect openly challenged the nation’s sovereignty were clear enough for all to see.

Osinbajo said under the present administration, the nation’s military immediately began to put Boko Haram on the back foot, adding that the nation restored broken-down relations with its neighbours, Chad, Cameroon and Niger – allies without whom the war against terror would have been extremely difficult to win.

He added that the government has re-organised and equipped its Armed Forces, and inspired them to heroic feats; and also revitalised the regional Multinational Joint Task Force, by providing the required funding and leadership.

He said, “The positive results are clear for all to see. In the last two years close to one million displaced persons have returned home. 106 of our daughters from Chibok have regained their freedom, after more than two years in captivity, in addition to the thousands of other captives who have since tasted freedom.

“Schools, hospitals and businesses are springing back to life across the Northeast, especially in Borno State, the epicentre of the crisis. Farmers are returning to the farms from which they fled in the wake of Boko Haram. Finally, our people are getting a chance to begin the urgent task of rebuilding their lives.

“Across the country, in the Niger Delta, and in parts of the North Central region, we are engaging with local communities, to understand their grievances, and to create solutions that respond to these grievances adequately and enduringly.

“President Buhari’s New Vision for the Niger Delta is a comprehensive peace, security and development plan that will ensure that the people benefit fully from the wealth of the region, and we have seen to it that it is the product of deep and extensive consultations, and that it has now moved from idea to execution. Included in that New Vision is the long-overdue environmental clean-up of the Niger Delta beginning with Ogoni-land, which we launched last year.

“More recent threats to security such as the herdsmen clashes with farmers in many parts of the country sometimes leading to fatalities and  loss of livelihoods and property have also preoccupied our security structures.

“We are working with state governments, and tasking our security agencies with designing effective strategies and interventions that will bring this menace to an end. We are determined to ensure that anyone who uses violence, or carries arms without legal authority is apprehended and sanctioned.”

On the fight against corruption,  Osinbajo said the government has focused on bringing persons accused of corruption to justice.

He said it was the administration’s belief that the looting of public resources that took place in the past few years has to be accounted for.

“Funds appropriated to build roads, railway lines, and power plants, and to equip the military, that had been stolen or diverted into private pockets, must be retrieved and the culprits brought to justice.

“Many have said that the process is slow, and that is true, corruption has fought back with tremendous resources and our system of administration of justice has been quite  slow.

“But the good news for justice is that our law does not recognize a time bar for the prosecution of corruption and other crimes, and we will not relent in our efforts to apprehend and bring corruption suspects to justice.

“We are also re-equipping our prosecution teams, and  part of the expected judicial reforms is to dedicate some specific courts to the trial of corruption cases,” he said.

Osinbajo added that the government is institutionalising safeguards and deterrents and has expanded the coverage of the Treasury Single Account.

He said government had introduced more efficient accounting and budgeting systems across the Federal Government and had also launched a successful Whistleblower Policy.

He noted that the Efficiency Unit of the Ministry of Finance has succeeded in plugging leakages amounting to billions of naira, over the last two years while government has ended expensive and much-abused fertilizer and petrol subsidy regimes.

While saying the government has taken seriously its promise to save and invest for the future despite revenue challenges, he said the present administration in the last two years added $500m to tge Sovereign Wealth Fund and $87m to the Excess Crude Account.

This, according to him, is the opposite of the situation before now, when rising oil prices failed to translate to rising levels of savings and investment.

On the economy, Osinbajo regretted that some companies shut down their operations through no fault of theirs while civil servants worked for months without salaries in some states.

“Admittedly, the economy has proven to be the biggest challenge of all. Let me first express just how concerned we have been, since this administration took office, about the impact of the economic difficulties on our citizens.

“Through no fault of theirs, some companies shut down their operations, others downsized; people lost jobs, had to endure rising food prices.

“In some States civil servants worked months on end without the guarantee of a salary, even as rents and school fees and other expenses continued to show up like clockwork.

“We have been extremely mindful of the many sacrifices that you have had to make over the last few years. And for this reason this administration’s work on the economic front has been targeted at a combination of short-term interventions to cushion the pain, as well as medium to long term efforts aimed at rebuilding an economy that is no longer helplessly dependent on the price of crude oil,” he said.

The short-term interventions, according to him, include putting together a series of bailout packages for our State Governments, to enable them bridge their salary shortfalls – an issue the President has consistently expressed his concerns about.

He said the government had also began the hard work of laying out a framework for Social Intervention Programme which he described as the most ambitious in the history of the country.

On the whole, Osinbajo said just as the President promised in the Budget Speech, the early months of 2017 have seen the flowering of the early fruit of all the hard work of the administration’s first 18 months.

He urged Nigerians to live in peace and harmony with one another as well as seek peaceful and constitutional means of expressing the wishes and desires.

He said they must resist all who might seek to sow confusion and hatred for their own selfish interests.

He sought continued prayers for the restoration to full health and strength  and the safe return of the President.