Cullen puts Blackpool back in L1 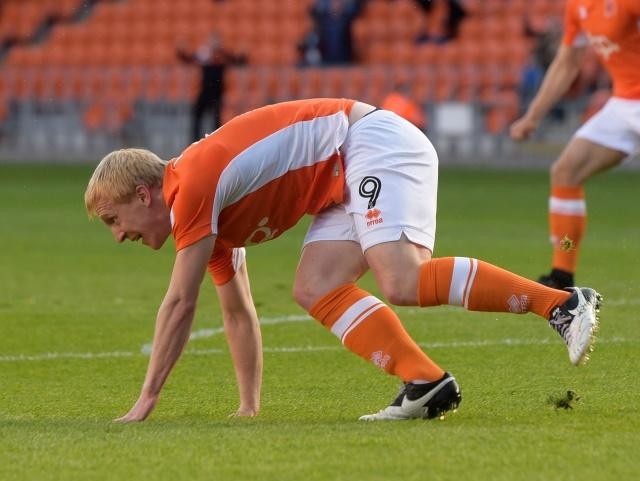 By Simeon Gholam at Wembley 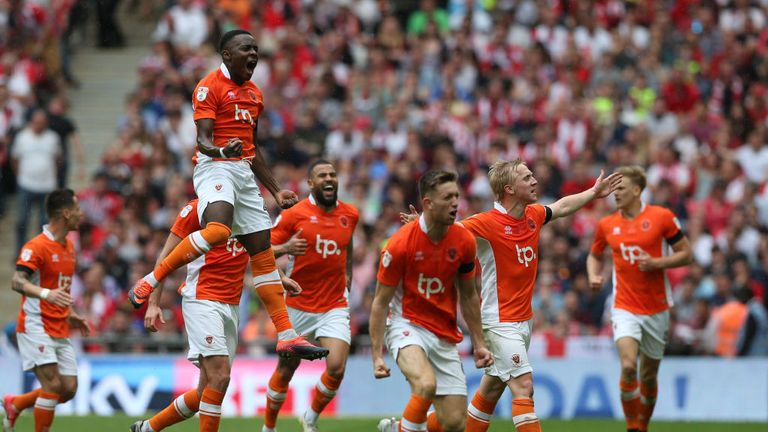 Mark Cullen’s second-half winner sent Blackpool back into League One with a 2-1 victory over Exeter at Wembley on Sunday.

The striker netted with 25 minutes to go of the Sky Bet League Two play-off final as the Tangerines returned to the third tier at the first time of asking after suffering relegation at last season.

Brad Potts had given Blackpool an early lead in front of a smaller crowd than usual as many of their fans stayed away due to an ongoing protest against the club’s owners, while David Wheeler levelled the game just before half-time.

But Cullen, who scored a hat-trick in the first leg of their semi-final win, went on to bag the winner and condemn Paul Tisdale’s side to a sixth-straight season in League Two. 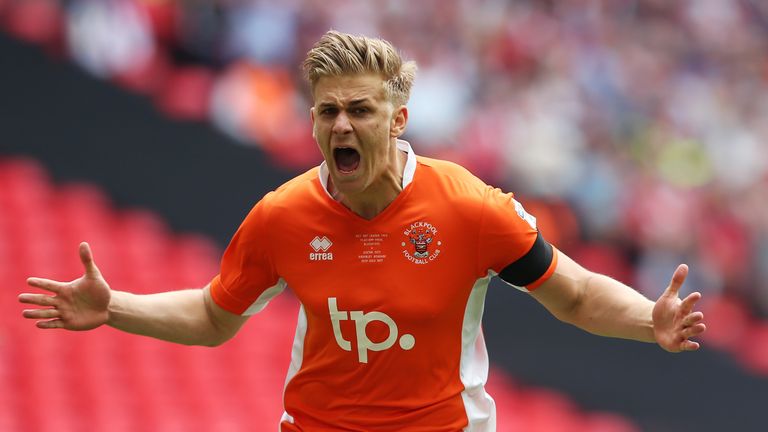 It took less than three minutes for Blackpool to find their way into the lead. It was Potts who got it, but all credit belonged to Cullen, with his sublime touch to bring the ball out of the air and fine lay-off on the edge of the area creating the perfect opportunity for his team-mate to slot home.

Both sides had rattled in six goals and conceded five over two legs of the semi-finals, so goals were always likely, and after 11 minutes it looked as though Ollie Watkins had found the equaliser for Exeter as he turned and shot inside the box, but Sam Slocombe got down well to deny him in the Blackpool goal.

Just as Gary Bowyer’s side had seemed to settle, though, Exeter managed to get themselves level four minutes before the break. One superb ball over the top from Craig Woodman’s free-kick caught the Tangerines’ defence cold, and Wheeler rushed in before taking a touch and lifting a sumptuous effort over Slocombe and in.

Despite heading into half-time with the momentum, it was Blackpool who came out dominating in the second half and deservedly took the lead again after 65 minutes. This time it was Potts who found Cullen, racing onto a Kyle Vassell nod down before squeezing the ball square to the striker, who was on hand to prod home from close range. Exeter rallied for a late push to try and find an equaliser again to send the game into extra-time, and had a glorious opportunity to level in stoppage time as the ball fell to Ollie Watkins in the box, but somehow his header went over and Blackpool held on for the win that takes them one step back up the pyramid after so many years of decline.