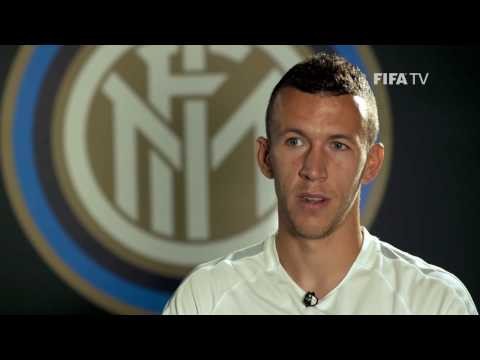 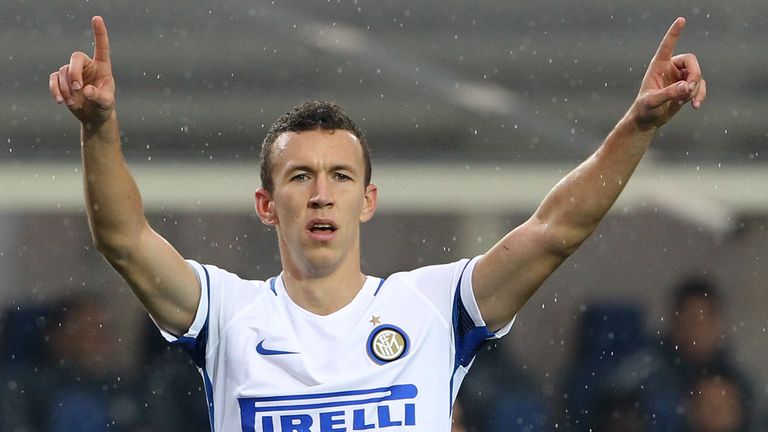 Manchester United and Chelsea are locked in a battle to sign Ivan Perisic – but what will the Inter Milan winger bring?

According to Sky sources, United are discussing a £36m transfer for the 28-year-old Croatia international, while Sky in Italy report Premier League champions Chelsea are also interested.

So, with a move to England a distinct possibility, here’s all you need to know about the winger at the centre of a Premier League transfer tussle…

Tracked by a host of clubs in Germany, the Netherlands, Belgium and Turkey as a 17-year-old, Perisic ended a six-year stint in the youth set-up at Hajduk Split to move to Sochaux in 2007.

He made 36 appearances for the Ligue 1 club, although his chances of leaving a lasting impression were curtailed when he was shipped out on loan to Belgium club Roeselare.

Undeterred, Perisic averaged just short of a goal every two games – form which earned him his next move to Belgian heavyweights Club Brugge in 2009.

He continued to build his reputation for having a keen eye for goal, hitting 35 goals in 89 games across two seasons, and that prompted Borussia Dortmund to make their move for the Croatian.

Perisic won the first silverware of his career at Signal Iduna Park as Dortmund retained the Bundesliga title in 2012 and won the DFB-Pokal for good measure.

However, a breakdown in relations with manager Jurgen Klopp, in which he accused the German of favouring other players, brought a swift end to his time at the club and he was offloaded to Wolfsburg in January 2013. 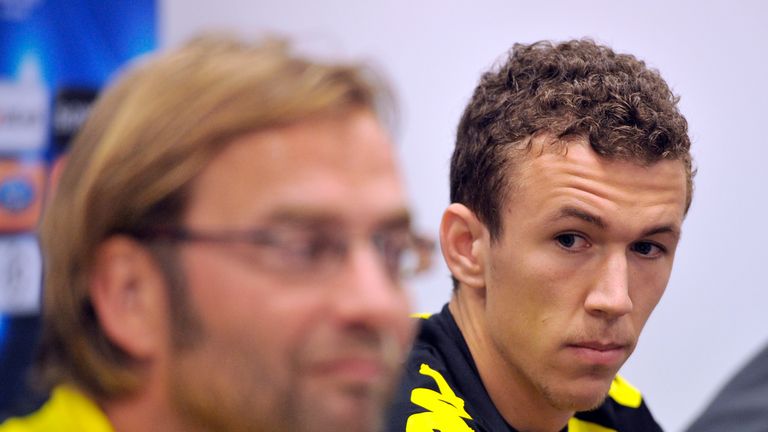 A professional footballer is unhappy when he is not playing. If he then keeps his mouth shut, it is better for him at the end. Complaining in public is childish.

He scored the first two goals in his Wolfsburg career in a thrilling 3-3 draw against Dortmund just five months after his acrimonious departure.

Perisic started the following season at Wolfsburg, winning the DFL-Supercup against champions Bayern Munich, but a move to Inter Milan, one he admitted he could not refuse, soon beckoned and he signed a five-year deal in August 2015.

Perisic’s career with the Nerazzurri got off to the perfect start with victory in the Milan derby on his first outing for the club. 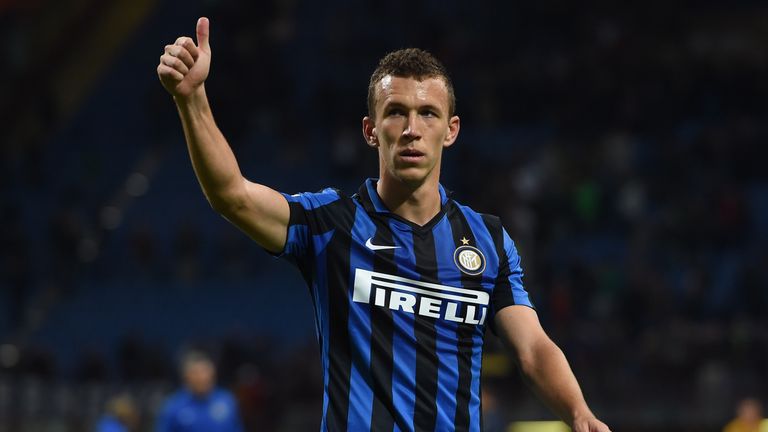 Despite finishing fourth in Serie A in his first season with Inter, the Croatian’s time at the San Siro has aligned with a period of decline for the Serie A heavyweights, who finished seventh last term and missed out on Europa league qualification to their cross-city rivals.

And Perisic’s own performances have mirrored that decline, with the winger scoring 19 goals in 77 appearances for Inter.

Having represented his country at U17, U19 and U21-level, Slaven Bilic handed Perisic his full international debut in a European Championship qualifying defeat to Georgia in March 2011.

Chelsea interested in signing Ivan Perisic from Inter Milan, according to Sky sources

He started Croatia’s first two games at Euro 2012 against the Republic of Ireland and Italy and came off the bench in their final group game as defeat to eventual champions Spain saw them crash out.

Perisic played a key role in Croatia’s progression to the 2014 World Cup, featuring 12 times in qualification and scoring his first international goal against Belgium in September 2012.

Goals against Cameroon and Mexico in Brazil underlined Perisic’s importance to his national team, but he was unable to stop a group-stage elimination for the second successive tournament as Croatia finished third behind hosts Brazil and Mexico.

Six goals in Euro 2016 qualifying saw Perisic lead Croatia’s scoring charts in the build-up to the tournament, and he picked up from where he left off in France, scoring in the opening game against Czech Republic and netting the winner against Spain as Ante Cacic’s men exercised some demons from Poland and Ukraine four years earlier. 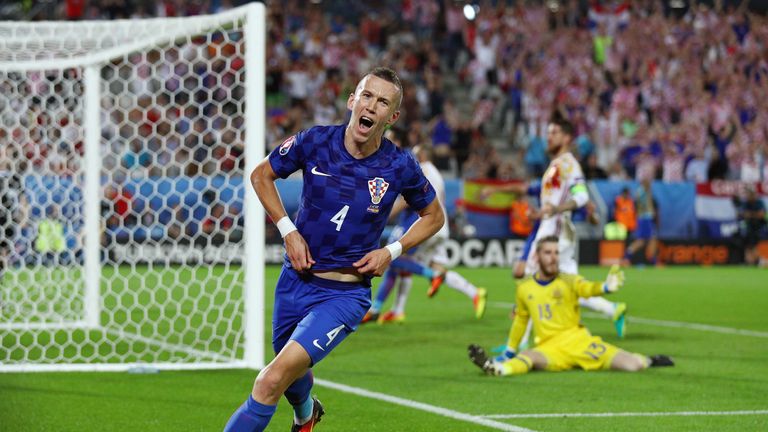 In total, Perisic has made 55 appearances for his country, scoring 16 goals – stats that are bound to increase given the integral role he manfully fulfils.

On arrival in Milan, Perisic admitted he “sacrificed Champions League football” to join Inter, and it’s this selfless, committed-to-the-cause attitude which has come to typify his game.

While he may not be as prolific in front of goal as he was early on in his career, he has thrived supplementing his team-mates, noting 16 assists in two seasons – something that has no doubt caught the eye of Mourinho and Conte. 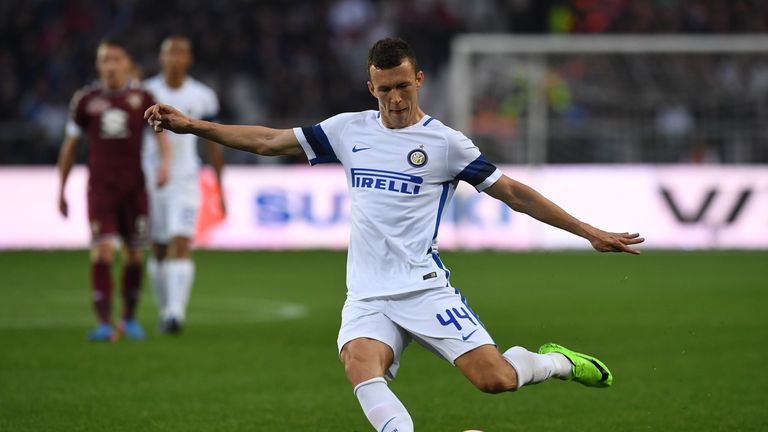 A stereotypical winger, capable of carrying out defensive duties, tenacity and determination are trademarks of Perisic’s game, along with an abundance of pace.

And it’s that pace which sets him apart from his peers, lightening pace which stretches defences and allows him to come into his own in the final third. 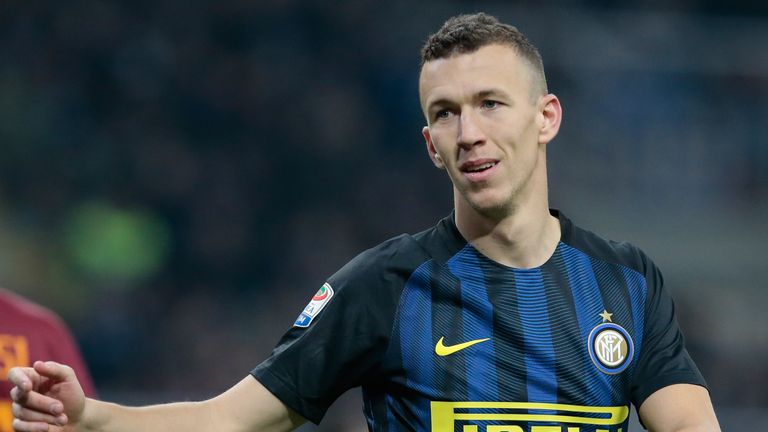 Perisic is incredible; he has strength, talent and a knack of scoring. In modern football, players who can make the difference are extremely valuable. He confronts the opponent one-on-one, then beats him. He’s got technical quality that gives a tremendous advantage to his team. Perisic can dribble past three players in one motion.