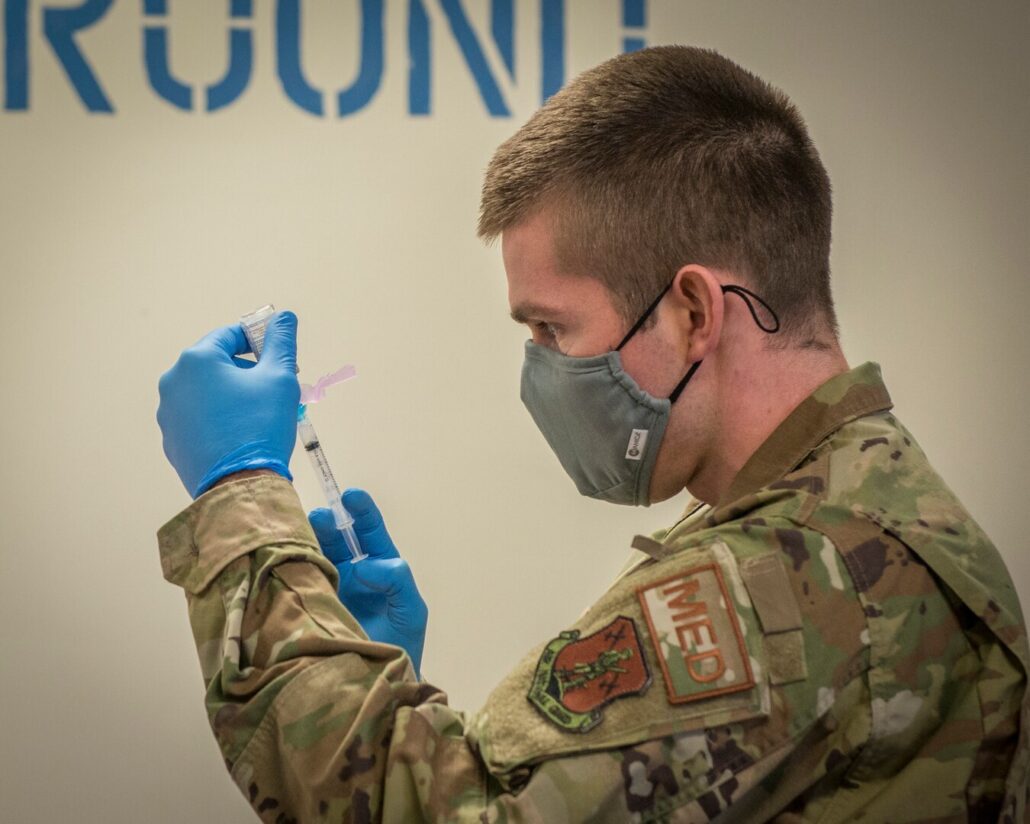 Members of the United States military will be required to get a COVID-19 vaccine starting next month, according to a plan unveiled by the Pentagon on Monday and endorsed by President Joe Biden. 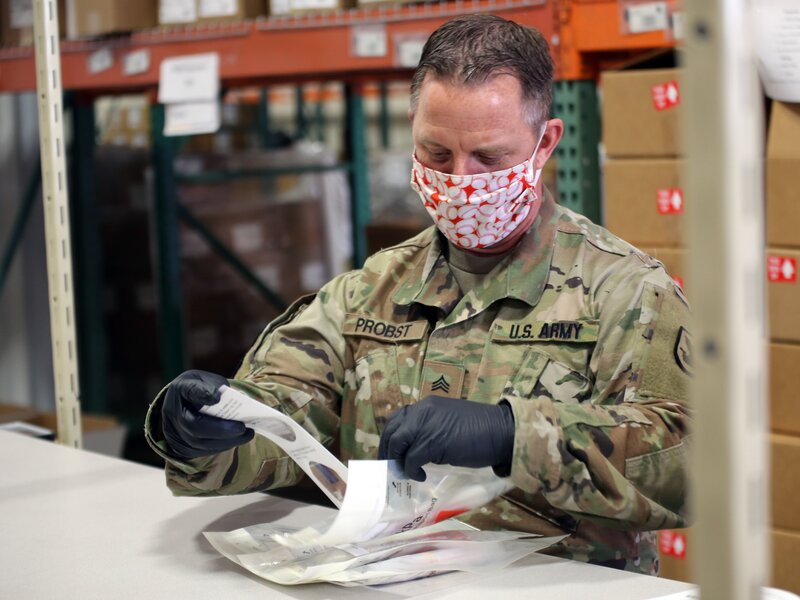 Active-duty members of the United States Army must be fully immunized against COVID-19 by mid-December.

The Army stated that it began enforcing the order on August 24. Previously, the vaccines were optional.

Two weeks after receiving a second dose of the Pfizer or Moderna vaccines, or two weeks after receiving one dose of the Johnson & Johnson vaccine, a person is considered fully vaccinated. The Pfizer vaccine, which had previously been distributed under an emergency use authorization, was fully approved by the FDA in August for those aged 16 and up.

Also Read: Why vaccine passports may be an important tool in boosting vaccination rates

“This is literally a matter of life and death for our Soldiers, their families, and the communities in which we live,” said US Army Surgeon General Lt. Gen. R. Scott Dingle in a statement. “As the Delta variant spreads, case counts and deaths remain concerning, making protecting the force through mandatory vaccination a health and readiness priority for the entire Army.” 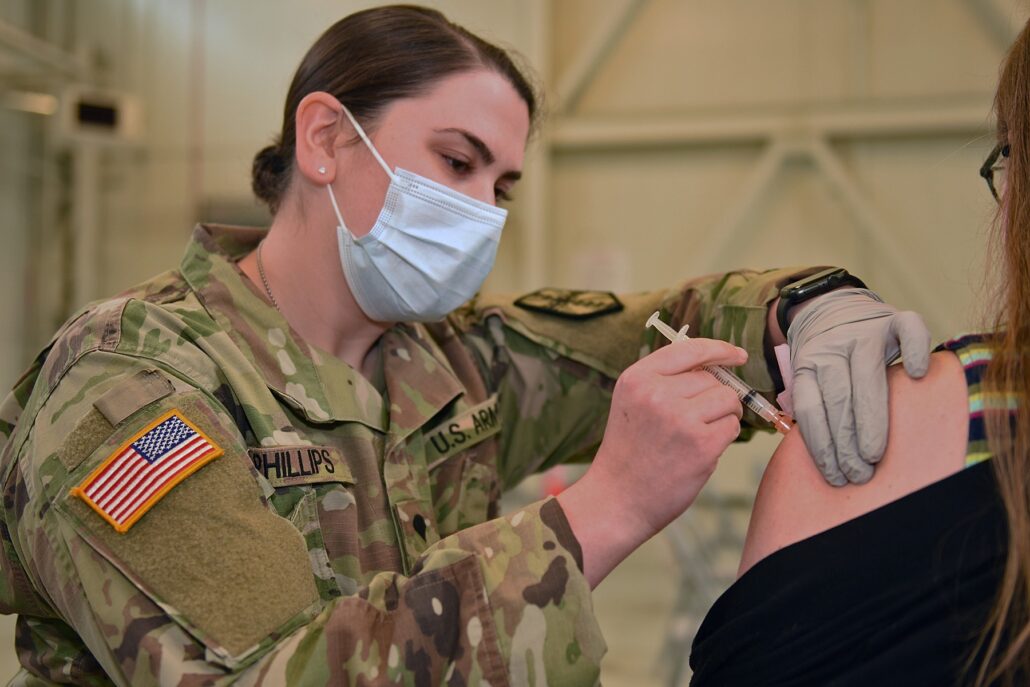 What Happens If Soldiers Refuse To Receive The Vaccine?

Soldiers who have a “legitimate medical, religious, or administrative reason” will be able to request an exemption.

“While soldiers who refuse the vaccine will first be counseled by their chain of command and medical providers, continued failure to comply may result in administrative or non-judicial punishment, including relief from duty or discharge,” the Army stated.

Also Read: Frustrated with the process, some electors give up hope of voting by mail

Commanders, command sergeants major, first sergeants, and officers on the Command Select List who refuse to be vaccinated will face “suspension and relief,” according to the Army. Before becoming “subject to removal from their positions by a general officer,” they would be informed of the potential consequences, counseled, and given the opportunity to get vaccinated.

“Officers and non-commissioned officers who have been selected and are awaiting CSL command, key billet, or nominative sergeant major positions — some of the most coveted assignments in the Army — will also be subject to removal from the list for those assignments if they refuse to be vaccinated without a pending or approved exemption,” the Army stated.

Also Read: The federal election might not have a clear winner Monday night — here’s why

Austin announced in a memo dated Aug. 9 that he would seek approval from President Joe Biden to mandate COVID-19 vaccination, or that he would do so immediately once one of the three COVID-19 vaccines available in the country was formally approved by the U.S. Food and Drug Administration. 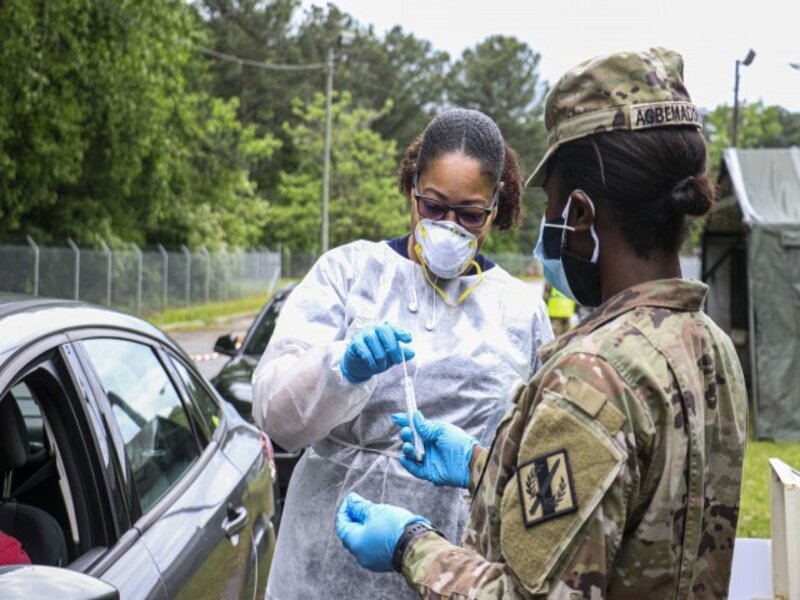 At the time, Pentagon press secretary John Kirby stated that it was too soon to say what the consequences would be for service members who refused the vaccine, but that it would most likely be handled at the command level.

Kirby stated in August that 17 vaccines are already required for service members. According to the Associated Press, military officials have previously stated that refusing to receive any mandated vaccine “could constitute failure to obey an order, and may be punishable under the Uniform Code of Military Justice.”

According to Military Times, if the COVID-19 vaccine mandate is similar to the mandatory Anthrax Vaccine Immunization Program, which began in 1998, some military members who refuse the shot may choose to leave the service or face consequences such as “lost rank and pay” or “brig time”

Austin’s mandate was issued on August 24, the same day that the FDA approved the Pfizer-BioNTech coronavirus vaccine for people aged 16 and up. The vaccine is still approved for emergency use in children aged 12 to 15, and the Moderna and Johnson & Johnson vaccines are available for adults with emergency use authorization.

“All of our Service members are familiar with mandatory vaccinations, and mission-critical inoculation is almost as old as the United States military itself,” Austin wrote. “Our administration of safe, effective COVID-19 vaccines has yielded admirable results thus far, and I am confident that the Department of Defense will work together to complete the job with urgency, professionalism, and compassion.” 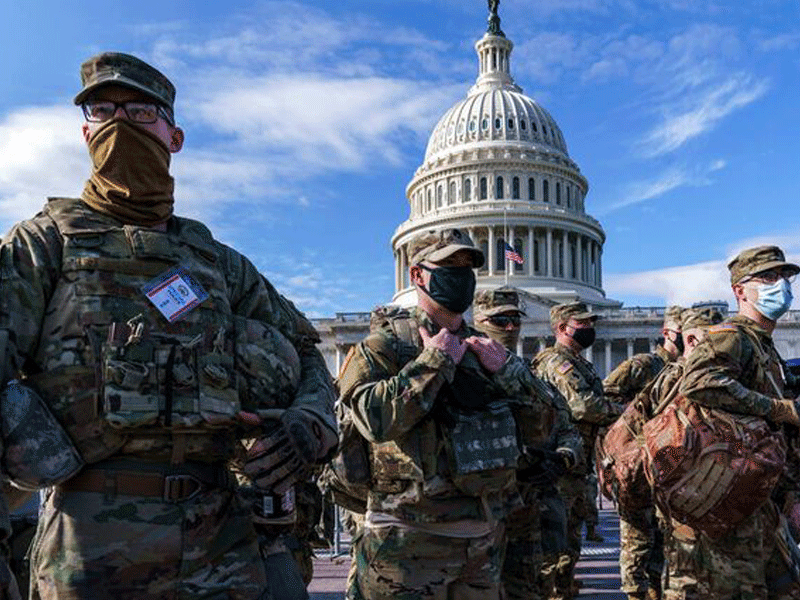 Austin’s vaccination requirement applies to all active-duty and Ready Reserve members of the United States military, including the National Guard. Military departments, according to his memo, should use “existing policies and procedures to manage mandatory vaccination.”

According to the US Naval Institute, all active-duty Marine Corps and Navy members must be fully vaccinated by November 28. Reservists must be fully immunized by December 28.

According to the Defense Department, more than 1.1 million service members have been fully vaccinated as of September 8.

The Army’s COVID-19 vaccination deadline comes as the highly contagious delta variant spreads and sparks COVID-19 outbreaks across the country — and as more vaccine mandates are implemented.

Biden recently announced a plan to require all companies with 100 or more employees to require their employees to be vaccinated or subjected to weekly testing. Biden has also made vaccines mandatory for all federal employees and plans to make them mandatory for millions of health care workers in settings that receive Medicare or Medicaid reimbursement.