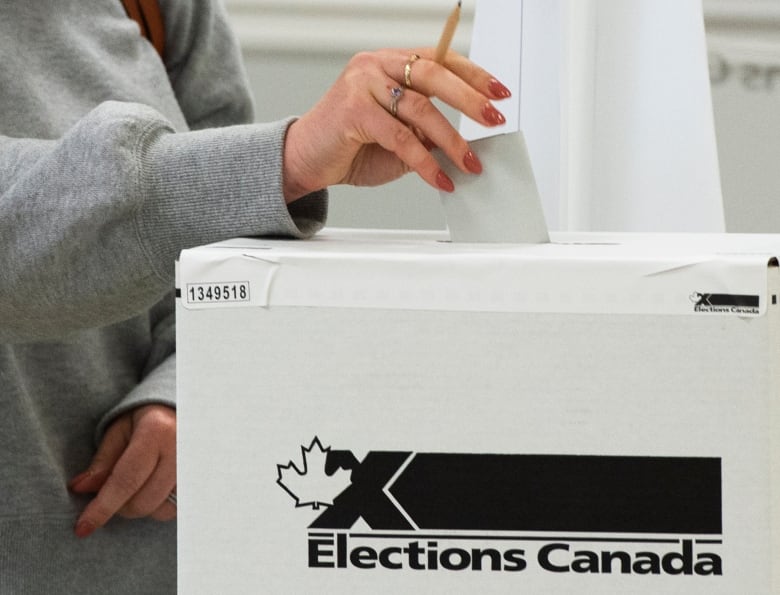 Murray Dickson is starting to feel he may not be able to vote in this election.

Like many Canadians, the Grande Cache, Alta., resident applied to vote by special mail-in ballot. But he didn’t anticipate how difficult it would be.

After three attempts — an Elections Canada representative told him there may have been a glitch in their system — he was finally able to verify his address with the agency. But now he’s not confident they will be able to courier the mail-in ballot to his home in time.

He doesn’t know what went wrong — whether it was indeed just a glitch or whether his form had a typo.

Dickson is not the only one. A number of Canadians who wanted to vote by mail-in ballot this election have told CBC News that they’re beginning to lose hope they’ll be able to, due to confusion and frustration with the process.

Slightly more than 1.2 million Canadians have requested a mail-in voting kit, according to Elections Canada. While that is less than the agency anticipated amid the COVID-19 pandemic, it’s still far more than in elections past.

The deadline to request a special mail-in ballot has passed, but some of those who had requested one by the Tuesday cut-off told CBC News they haven’t received their ballot. Others hoping to vote by mail say Elections Canada is having difficulty processing the proof of identification they’ve sent in.

But Elections Canada spokesperson Matthew McKenna said that, to his knowledge, these are not widespread issues.

Those voting by mail must prove their identity and address, just like any other voter; McKenna said issues with the ID sent may be the reason the agency cannot process a vote.

“It is up to electors to make sure that they provide the proper ID and address, and we do our part to let them know if there has been an issue,” he said in an interview.

McKenna said there’s an online self-check voters can use to verify that their mail-in ballot has been processed, and the system will also provide the reason why if it hasn’t been. If contact information was provided by the elector, Elections Canada will attempt to reach them by email or phone if there’s an issue with their mail-in ballot, he added.

One issue with the ID used may be that the copy sent in is blurry or out of frame, McKenna said. He doesn’t deny that some electors may not have their votes processed if there’s an issue.

“It’s definitely unfortunate whenever there’s a delay because, yes, there are deadlines associated with voting by mail,” he said.

“I know that those ID rules can be confusing to some. So we try to make it as clear as possible what the requirement is and how to upload the documents properly if they’re applying online.”

McKenna said that voters who applied to vote by mail who are worried about the ballot not getting to Elections Canada on time can also drop it off at their local Elections Canada office anytime between now and when polls close on Monday.

Mail-in ballots aren’t the only source of frustration among voters; others have told CBC News they have not yet received their voter cards.

Electors who have not received voter cards may not be registered with Elections Canada as residing at their current address, McKenna said. In any case, he said it’s important voters realize that having a card is not a requirement to vote.

As for some Canadians hoping to vote by mail from abroad, they say they’ve already given up on having their say this election.

Kenneth Scott Huntley is one of them. He lives in Bargo, Australia. While he’d like to vote, he has not received a ballot.

“By the time I realized it’s not coming, it just seemed like there was no possible way for me to actually be able to return the ballot in time,” he said.

Whether Elections Canada can get a ballot to an elector living abroad often depends on the country they live in, McKenna said. Making sure a ballot gets to an elector in New York State, for example, is easier than making sure it gets to a Canadian in Poland.

“It’s not only the distance that those ballots have to travel, but the domestic mail services in those countries as well,” he said. “We do what we can to make sure that, you know, anybody who does live abroad and wants to vote gets their ballot as soon as possible.”

McKenna added that Canadians living abroad who are already on Elections Canada’s International Register of Electors are likely to get their ballot on time. Difficulties can arise, however, when Canadians have moved abroad and have not yet applied to the registry prior to an election call.

Huntley said he received a ballot and voted in the 2019 federal election, so he doesn’t know why he didn’t get one this time.

“I know it’s controversial to have expatriates vote, but for me, it’s like a validation of my citizenship that I’m still Canadian,” he said. “I was really moved when I received the ballot in the last election.”

So what do you do if you’ve registered to vote by mail, but have not received your ballot yet? Or, in the case of one voter who wrote to CBC, you make a mistake on your mail-in ballot but you’ve already sealed it in an envelope?

In these circumstances, McKenna said, you may still be able to vote on election day.

“You can show up at your polls and explain your situation, and poll workers are authorized to to allow you to vote in person,” he said.